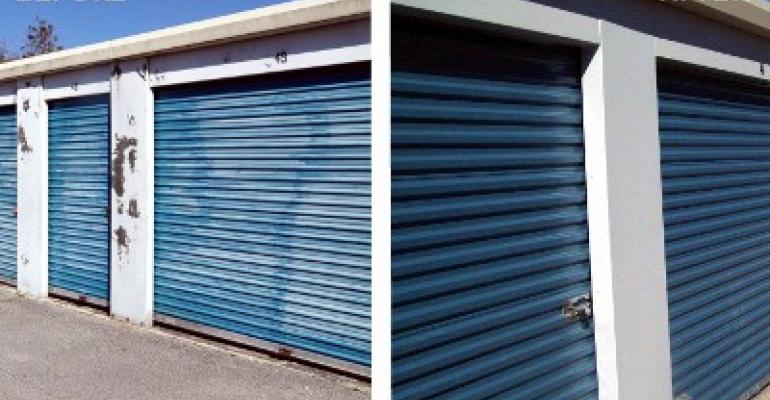 Carl Sutton, owner of Space Place Self-Storage in Midway, N.C., made the important decision to upgrade his 20-plus-year buildings to improve curb appeal and keep competitive. This article addresses the remodeling process, cost and benefits.

When the recession reared its ugly head in 2008, self-storage, like many other businesses, had to adjust. Tighter lending policies from banks and a general malaise and reluctance on the part of facility owners to invest caused a slowdown, particularly in new construction. Operators needed new ways to remain competitive. One obvious strategy was to use the time to examine the condition of existing buildings and grounds.

After two decades of satisfactory service to his customers, Carl Sutton, owner of Space Place Self-Storage in Midway, N.C., made a couple of important decisions. First, he decided the time was right to upgrade his buildings. Like most self-storage owners, he understands that curb appeal, along with location, pricing and unit mix, is paramount in attracting new customers and retaining existing ones. Its a way of leveling the playing field in a business that gets more competitive every day.

He also considered that women are most often the ones to make the decision of where to store. This makes it even more important that a facility is attractive and remains so. No one should underestimate a womans influence when it comes to determining where her familys valuables are stored.

The second important decision Sutton made was to contact the builder that provided his initial buildings in 1989. It made sense to work with a company that was familiar with the history of his facility, plus there was the issue of trust and compatibility between the two businesses.

Since Space Place was established, self-storage development and materials have drastically changed. Back then, manufacturing was less sophisticated, and buildings were field-painted, which means they were painted onsite after the buildings had been erected.

Today a customer can expect pre-painted, baked-on, coated components prepared at the factory. Not only is it a much more durable and efficient process, it cuts the building erection time because the painting is already complete. In addition, other manufacturing processes have improved to make self-storage more attractive to potential owners.

Sutton worked with his developer to determine what needed to be replaced, how to do it and what it would cost. Once the developers recommendations were approved, Sutton brought in George Sellers of C&G Construction to help with the project.

After a facility evaluation, it was evident the concrete slabs had caused some of the structures to be out of square or crooked. The pouring of concrete slabs is a separate process not handled by component manufacturers. In spite of the slab problems, no structural changes to the buildings were necessary. This meant permitting and a general contractor were not needed, which saved time and money.

It was decided metal wraps would be used to cover existing door jambs and headers. Since steel is rigid, this process can sometimes be more of a challenge than covering with a material such as wood, for example; so some gaps did occur, but they were easily caulked.

The cost for the material and labor for this project was approximately $580 per exterior unit. Figuring cost on a normal square-foot price does not make sense because the work is only done on the exterior of the building. Therefore, if a building has 25 units, for example, the total cost would be in the neighborhood of $14,500.

Through his facility refurbishment, Sutton realized some distinct advantages. He now has full material and coating warranties on the building exteriors. This would not have been the possible if hed chosen to field paint the exterior components. Typically, the paint would have cracked and peeled in a few years, requiring him to prematurely start the process over again.

It's also a good bet that facility refurbishing and maintenance will qualify as a tax write-off quicker than the cost of a new building. Its certainly worth a call to an accountant to see if it qualifies.

Although the economic outlook is getting brighter, keeping a facility attractive should never be ignored or put on the back burner. As an owner, you shouldnt view refurbishing as simply keeping up with your competition. Look at it as an ongoing process thats part and parcel of keeping ahead of your competitors.

Sponsored Content
From Worn Out and Dated to Modern Money-Maker: A Self-Storage Renovation Case Study
Nov 01, 2021

The Benefits of Self-Storage Facility Renovation and Projects to Consider
Oct 26, 2021

Property TLC: Renovation Resources to Help You Spruce Up Your Self-Storage Site
Sep 10, 2021