Dale Leighton Jordan, owner of Dale’s Westside Storage in Winfield, Mo., and past president of the Missouri Self Storage Owners Association, passed away on Monday at his home. He was 87. 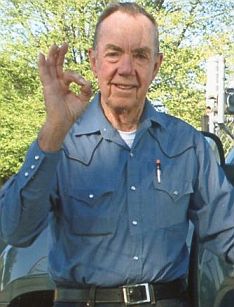 Dale served in the U.S. Army from March 20, 1953, until he was honorably discharged on Feb. 16, 1955. He then worked as a machinist and later as a machine-parts inspector for McDonnell Douglas, before retiring in 1990.

The Jordans opened Dale's Westside Storage with their daughter, Janet, in 1985. Dale was a member of the Missouri Self Storage Owner's Association and served as its president in 2007 and 2008. He was also a member of Lincoln County Democrats Club, Machinist Local No. 837 and the Winfield Lions Club, and served as a Winfield City Alderman.