David Blum, owner of BMSGRP Self Storage Consulting and co-founder of the Florida Self-Storage Association (FSSA), passed away on April 10 after complications from the coronavirus. He was 71. David is survived by his wife of 48 years, Beth, as well as sons Eric and Joshua, daughter-in-law Amanda, and grandchildren Abigail and Simon.

David earned a bachelor’s degree in business from Boston University and a master’s in marketing management from Fordham University. He spent more than 20 years in various management positions in retail and truck-rental operations. 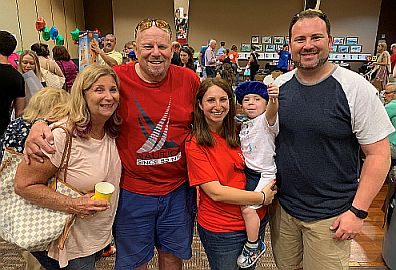 David became interested in the self-storage industry after being a guest speaker at the 1983 Self-Storage Association (SSA) convention in Las Vegas. He entered the industry full time in 1996. He was a district manager for Storage USA, then became vice president of operation for Budget Mini-Storage in South Florida. He helped the operator grow from two facilities to 10 in four years while establishing Budget as the premier brand of the region.

In 1998, David co-founded the South Florida Self-Storage Association, which became the FSSA in 2001. He served as president until Jan. 1, 2004. David was a regional board member of the SSA and continued to represent Florida as an FSSA Trustee Emeritus. He was a frequent presenter at industry tradeshows and a contributor to publications including “Inside Self-Storage,” “Mini-Storage Messenger” and “The Self Storage Telegram.”

“David was known for his passion for our industry and well-known in the Latin American and Florida markets for his enthusiasm. He worked to expand the knowledge base of all he touched and wanted success for each and every one,” said Anne Ballard, president of marketing, training and developmental services for Universal Storage Group, a consulting and management firm. “A longtime supporter of our industry, he’ll be missed by many, as will his wonderful smile.”

“David was well-respected in international storage circles and, in later years, was active in promoting the growth of self-storage in South America, working on a number of projects,” said Dallas Dogger, chairman of Centreforce Technology Group Pty Ltd., an Australian-based firm that provides self-storage management software. “He was enthusiastic about self-storage being developed in countries where it hadn’t yet been established. He was passionate about the international aspects of the industry. He’ll be sadly missed by many international self-storage professionals.”