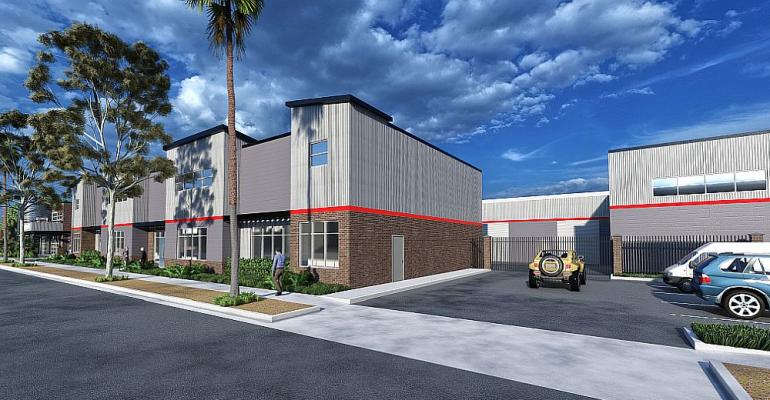 As self-storage development mushrooms nationwide, some jurisdictions are becoming weary of it. One way to gain entry to coveted areas is to propose a mixed-use project. Find out how it can satisfy city officials and provide a creative way to use excess land.

A mixed-use approach to self-storage development is becoming more widespread. Though the reasoning behind it can vary, it’s often an owner’s or developer’s attempt to appease a jurisdiction or capitalize on excess land. It can yield some promising options in an ever-changing market.

It’s extremely rare for a jurisdiction to have a positive reaction to a self-storage proposal during the preliminary talks. The most popular arguments against it include the lack of tax revenue, traffic generation, unsightly architecture and crime, with the latter three being common misconceptions. These concerns can often be talked through and alleviated. However, in the event you hit a snag, the suggestion of a mixed-use approach can often refresh the conversation.

Mixed-use projects are nothing new, however, accessory uses have become the mew negotiating chips with cities that have experienced an influx of self-storage and are growing weary of it. By offering additional uses that are more tax-friendly, you can change the tone of the conversation. This can open some unique opportunities and potentially allow your development in a more desirable location.

For instance, my firm recently designed a project in a dense urban area that contained a self-storage facility, artist studios and low-income housing all on one site. The residences were a must for the city, and with careful planning and mindful design, officials and community members were thrilled with the project. We’ve also included flex space, warehousing, breweries, retail and restaurant space within storage developments that needed a little help making it to the finish line.

In dense urban areas, we’re seeing more cities call for “active space” at the street level. The common theme is to create a bike- or pedestrian-heavy experience. In some cases, this can be addressed by backing a storage hallway to the storefront. Unfortunately, this can present security issues, as pedestrians can then “window shop” as self-storage tenants access their units. In addition, this approach often won’t appease a jurisdiction that strongly prefers commercial or retail uses. However, artist studios, postal annexes and executive suites can be viable solutions with low impact on the storage operation while still scratching the itch for city officials. 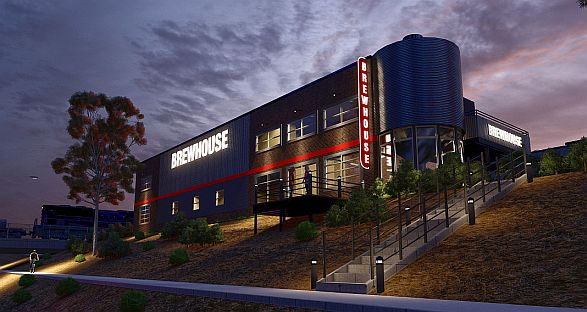 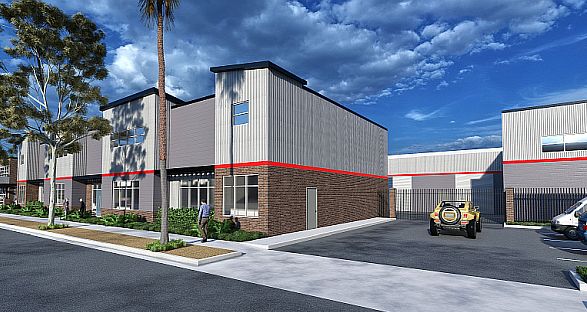 A rendering of a mixed-use project in Ontario, California, that’ll include self-storage
and a brewery

A Good Use for Vacant Land

Another common reason to pursue mixed-use development in self-storage is excess land. In most cases, the extra area is used for future buildings or vehicle storage; but in some jurisdictions, they may not be allowed. You could simply sell off the unused portion, but many developers instead incorporate other uses to capitalize on the project as a whole.

This has become the story with many big-box conversions, as they typically come with a large parking field in front. The jurisdiction is usually hesitant to allow for additional storage buildings in this area. A successful formula is sometimes to create fast-food restaurant pads toward the street front, which can be subdivided and sold off or developed and managed by the owner.

If the property is vacant, there can be a wealth of promising options, but it’ll depend on several variables including zoning constraints, land size and shape, easements, etc. These items, frequently accompanied by strong preferences from the city, will have a big impact on the type of mixed-use development proposed.

For instance, you might have a property riddled with easements that lends itself to more paving and landscaping. If the jurisdiction doesn’t want to see vehicle storage, warehousing and flex space can be a complementary use due to their relatively low traffic generation and large areas of circulation. They also tend to be permitted in similar zoning districts as self-storage. Another solution can be to lease the land to car dealerships for excess inventory (back when there was any).

We’ve also seen self-storage work on larger parcels with high-traffic uses, but it’s usually the afterthought as opposed to the primary use envisioned by the developer. Multi-family residential on larger properties is a good example. Not only is the low traffic generated by self-storage attractive in offsetting the residential movement, it can help shore up the storage needs of the residents, especially as multi-family units continue to shrink in square footage.

One example is a facility we designed to wrap around an existing market in a heavily populated area with excessive traffic. The parking needs of the market ate up a lot of area, so the developer needed a complementary use with minimal parking requirements that made sense financially.

In a more suburban example, we were given one acre of an 8-acre development to design a storage facility that would accompany a large senior-housing development. One of the main hurdles for the property was it only had one access point, thus limiting the options for other uses due to traffic concerns. Self-storage made a lot of sense for the developers and jurisdiction alike.

In decades past, mixed-use self-storage projects were few and far between. Now we’re seeing them pop up much more frequently with a variety of integrated or separate uses. As developers vie for more coveted real estate in commercially oriented areas, cities are looking to mixed-use developments to appease all parties.

Typically, a pre-application meeting with the jurisdiction can flush out their ultimate vision for a property. At the same time, it’ll allow you to explain the functionality of self-storage—a topic on which many city officials have a flawed perspective—and potentially put some concerns to rest. We’re likely to see more and more mixed-use storage developments in the coming years.

Self-storage building has been rampant, and a number of jurisdictions just flat out don’t want it anymore. This puts developers behind the eight ball before meetings even take place. It then becomes incumbent to have a back-up plan and well-thought-out approach that can benefit the municipality and storage business. As with all projects, having the right team in place at the start will give you the best shot at success.

David Meinecke is vice president of Jordan Architects, a design firm that specializes in self-storage, custom residential, hospitality, land planning, multi-family and retail. He has more than 14 years of experience in self-storage design and development. A member of the national Self Storage Association’s Young Leadership Group, he holds a bachelor’s degree from the University of San Diego and is an associate member of the American Institute of Architects. For more information, call 949.388.8090 or email [email protected].