Public Relations in Self-Storage: How to Earn Positive Customer and Media Attention 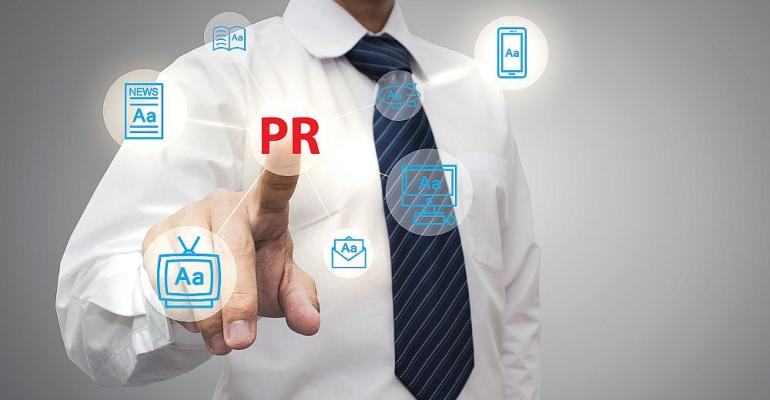 Public relations can play a critical role in shaping customer perception and earning positive media attention for your self-storage facility. Read how to leverage PR to boost and manage your business reputation.

PR is about telling a story. It’s creating a narrative to advance or shape your business agenda. The goal is to take positive messages and translate them into positive reports—or to formulate the best public response to mitigate damage from a negative incident.

PR isn’t just about news articles and press releases. It goes hand-in-hand with managing your self-storage business reputation online and in the community. It can be used to protect and enhance your standing through mass media, social media and self-produced communications. If you’re a facility operator, you should be engaging in the following strategic PR tasks:

Let’s examine some critical factors to managing PR for your self-storage operation.

Think about what you’re doing at your self-storage facility that might be newsworthy. The goal is to cultivate a story that portrays your company in a positive light. Maybe you’re opening a new location, or acquiring or upgrading a property. Perhaps you received an award, are hosting a charity event, or are giving back to your community in some way. All of these are reasons to tell a story to the public.

On the whole, our industry doesn’t do a great job of telling its positive stories. Some operators don’t believe they need to, or they doubt there’s a return on investment for the effort. Remember, though, that PR plays an important role in reputation management. What does public perception say about your business?

For many years, a large self-storage operator in Pittsburgh, Pa., served as the drop-off site for the local Toys for Tots drive. While the company regularly received recognition from the Salvation Army, the story ended there until it finally pitched the info to local media. Its officials then talked about how grateful they were for an opportunity to give back to the community during the holidays and how it they’d been donating the free use of storage space to the cause for several years. The story was picked up by the city’s largest newspaper, which sent a reporter and photographer to site and ran a feature story in print edition and online.

How much would you have to pay for an advertisement of equal size? Depending on the market, it would likely be $2,500 to $5,000, if not more. Consider, as well, that a vast majority of people would much rather read peer-to-peer information than look at an ad selling them something. You can’t buy that kind of media recognition; it has to be earned.

Giving Back? Shout It Out!

In the self-storage industry, U-Haul International Inc. is among the best companies at perpetuating good brand PR. Whenever there’s a crisis, it’s among first to provide free storage to victims. It’s also adept at shouting its goodwill activity from the rooftops and letting the public know.

For example, at the forefront of the coronavirus pandemic, U-Haul quickly mobilized to provide 30 days of free storage to college students displaced by schedule changes and campus closures. “Forbes” magazine included this good deed in an article about 50 companies giving back to their communities such as Amazon, Disney, Google, Giorgio Armani and United Airlines. This isn’t the first time U-Haul has been featured by a high-profile news outlet, and it likely won’t be the last.

While “giving back” feels good on its own merits, it’s OK to leverage your company’s humanitarian actions to perpetuate your brand and drive revenue. If you aren’t getting the message out, however, you lose the opportunity to build valuable community connections.

Finding the Right Audience and Platform

Before you start blasting your message everywhere, though, determine the appropriate scope of outreach to avoid having your sends come across as spam. Who’s your target? Is your story focused on the local community or could it appeal to a wider, national audience?

Next, identify relevant publications to target with your pitch. Visit media websites to cull staff e-mail addresses and phone numbers, or call the outlets directly to find the contacts you need. Avoid sending a release or pitch to e-mail addresses intended for general enquiries, as it often won’t reach the right person. Quality is more important than quantity. Send your message to the right people, not all the people.

Another place to find relevant local journalists is on social media. The easiest channel on which to connect is Twitter. A good rule of thumb is to connect on Twitter, publish thought leadership through LinkedIn, and use Facebook to share and spread news.

Remember, PR happens in real time. Tomorrow could be too late, so start assembling your target list now.

On the flip side, PR can also be used to mitigate the damage caused by negative events. It’s commonly used for this purpose in self-storage. For example, bad publicity can result from massive property damage due to a natural or man-made disaster (flood, tornado or fire), a lien sale gone wrong, or a shooting or break-in at the property. How you respond during a crisis determines how quickly you’ll recover. The best advice is to get in front of the story. Don’t allow the media or customer opinions to craft the message!

The best lessons are often learned from real-world examples, so consider this one: A large self-storage operator in Texas owned a facility that was hit heavily by Hurricane Harvey. Eighty percent of the site’s units suffered flood damage. Company leadership chose not to have a presence on site, leaving the facility manager as the only line of communication. Customers didn’t understand why insurance didn’t cover the damage to their belongings and demanded the owner take responsibility. With company officials invisible, tenants joined forces and made waves on social media. The situation escalated, and the operator’s online reputation for that facility dropped from nearly 4 stars to 3. It’s taken a few years to get that property back on track.

If you find yourself in a situation where you must exercise damage control on behalf of your self-storage business, here are some tips you can use to restore your reputation:

Crisis communication is even more crucial in the age of social media. While the time a story remains relevant might be short, the reach can be astronomical. Ignoring the problem won’t make it go away; it’ll only make things worse. If the situation is really bad, employ the help of a PR professional. If handled incorrectly, a negative incident can have effects that will be felt for years to come.

Having a formal media-relations policy may not be something you thought was necessary. For many small businesses, it isn’t—until something happens that sparks negative attention and attracts the eye of customers and the media. You need to be prepared to respond if a similar incident happens at your self-storage facility.

A media-relations policy doesn’t have to be long, but it should be written to mitigate damage. It should include things like:

Christina Alvino is the owner of FineView Marketing, which specializes in working with small and mid-sized self-storage operators. She’s served as an executive-level marketing leader in the storage industry since 2011. Prior to launching FineView, she worked in marketing and operations for several large self-storage operators including Great Value Storage, Guardian Storage and LockTite Storage. For more information, call 724.413.6195; e-mail [email protected]; visit www.fineviewmarketing.com.

Insight to Help Self-Storage Operators Plan and Manage Their Marketing Spend
May 14, 2022

Why, When and How to Audit Your Self-Storage Website
May 03, 2022
Self-Storage Operator StorageBlue Sponsors New York Yankees Radio Network for MLB Season
Apr 25, 2022