Have a Self-Storage Street Sign? Let Your Business Personality Shine! 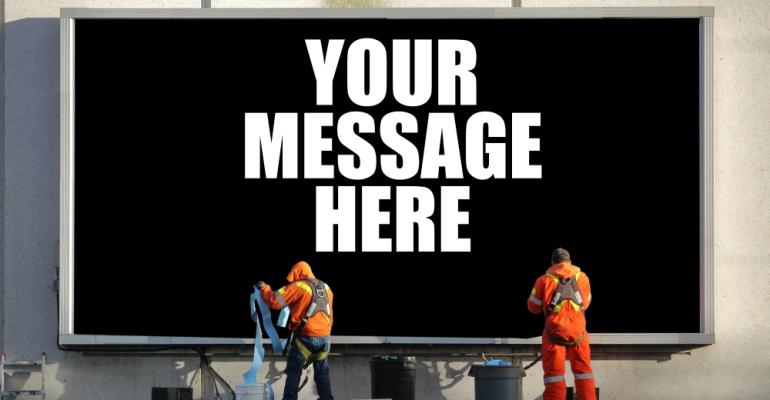 How you market your business can say a lot about the people behind the company. Displaying some personality can be endearing and engaging, while drawing prospects to your brand. Here’s why a business sign war in Marshfield, Missouri, can be a playful example for self-storage operators.

When I was a teenager, my brother and I always looked forward to driving past a particular restaurant, not because it was a favorite eatery but for its sign prowess. This establishment regularly displayed a sharp wit and irreverence—sometimes even poking fun at itself—all in a few letters than could be affixed to its road sign. This was in the 1980s, long before expressing yourself creatively to the masses in 140-character quips was prominent or cool.

Since then, I’ve often made mental note when I see creative messaging used on business signage, so I got a good chuckle this week when I read about dueling sign messages between fast-food chains in Marshfield, Missouri. It apparently started last week when McDonald’s used its sign to ask the Dairy Queen across the street if it wanted to engage in a sign war. Dairy Queen responded by saying it was busy making ice cream, a roast and reference to McDonald’s notorious issues keeping its ice cream machines operational. It was game on.

The two rivals have continued their playful back and forth, and other local businesses have jumped into the mix, including a Wendy’s. The war of words has since garnered national media attention and even spawned a Facebook group that has chronicled the messaging with images and now boasts more than 3,600 members.

Keep in mind, this has all occurred in a week. It’s a terrific example of organic marketing that, nowadays, can spill onto social media and the internet, and carry significant viral benefits.

It’s also testament to the power of showcasing your business personality. While most businesses use social media and their street signage to convey promotions and messages in a dry, straightforward tone, there is real value in showcasing some style and humor. This is partially why Super Bowl commercials have become their own event. The most memorable tend to be creative and funny. Of course, the most cringeworthy tend to be those that try to be funny but fall flat.

Self-storage street signage is a perfect canvas for some offbeat messaging. For a business type that is notoriously a few bulb-outages away from being “elf storage,” there is some comedic gold waiting to be mined. However, that doesn’t mean it’s easy.

Humor isn’t universal. What’s funny to me may not tickle someone else in the same way, but adding some personality to your messaging offers a personal touch and a little bit of life to an otherwise boring part of your property. The key is to keep messaging fresh. Your road sign is static, so don’t let the message board be stale.

The idea is to catch the eyes of passersby. If you use the board to advertise a move-in promotion, that’s great, but if you never change the message, then those words and letters just become a permanent part of the sign. If you can mix in a little bit of human tone to the message, you have an opportunity to connect with your audience.

Self-storage staples like free use of a rental truck and the $1 move-in offer some humorous possibilities. If you’re in close proximity to a Dollar General store, for example, is the $1 move-in not a perfect opportunity to poke a little good fun at your neighbor?

What makes the Marshfield sign war endearing is that the business ribbing has been good natured. Buildings are inanimate objects, so adding some personality and flavor to the message board adds warmth and humanity. The other bright spot is that many of the businesses involved are direct competitors. The last couple of years have been tough, so displaying civility with just a little bit of playful snarkiness actually comes off as charming.

If you work with other businesses in your market for referrals, that’s a prime opportunity to do some cross promotion, including a little bit of fun with your signage. If you already show some personality in your marketing, using your street sign is an easy extension. If you tend to be more reserved in your messaging but want to add a little spice, then my advice would be to start small and don’t force it. Perhaps rotate some usual promotional language with the occasional quip.

Remember, the idea is simply to get people to look at your signage with engaged eyes and not the blank stare that comes from the monotony of passing a property every day on a commute to and from work. Changing your message with some frequency trains passersby to actively look and read. That creates a brand imprint on the brain. If you can connect with them on another level through creativity and/or humor, that will help you stand out from the crowd and make you truly memorable.

Who doesn’t want to do business with a company that’s able to compel people to read their marketing messages and genuinely derive some joy in the process?

Conducting a Social Media Audit of Your Self-Storage Business: Why and How
Oct 27, 2022