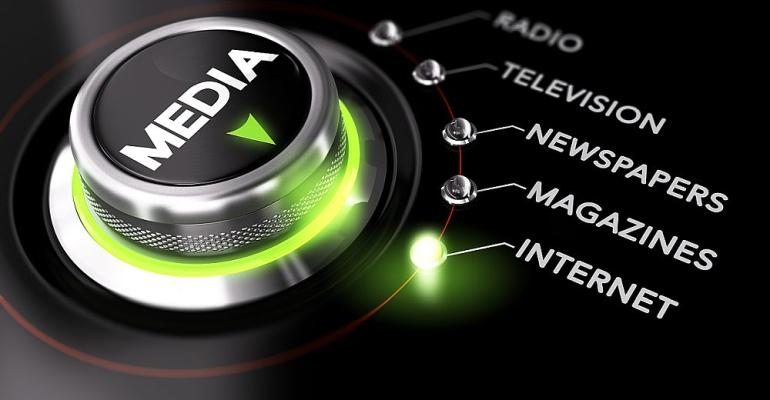 Mass-media advertising is the oldest, most traditional form of marketing. Though platforms have evolved, the fundamental strategies haven’t changed much. Here’s an overview for self-storage operators of how to buy placements in print, radio and television.

Mass-media advertising has been around for centuries. In fact, it can be traced back to the 1700s when newspapers began popping up across Europe and America. Merchants could publish ads to help sell their wares, and “mass marketing” was born.

Though print media has become less popular in the Digital Age, it’s the foundation on which the advertising industry was built. In time, other platforms emerged such as billboards, magazines, radio and television. We refer to these as “mass media” because whether they involve written or verbal communication, they’re designed to reach a large audience. They’ve played a significant role in shaping modern culture by informing, educating or entertaining the multitudes.

As a self-storage operator, you can still leverage these popular channels to lure customers and gain business visibility. However, there are some things you need to know. For example, advertising in a mass-media outlet requires you to negotiate parameters such as price, placement and frequency. In the end, your goal is to get the most reach from your budget and determine the best venues for your brand and offerings. Here’s an overview of how to approach your buys.

As a media buyer, it’s your job to ensure your advertising and promotional campaigns reach the highest number of people in your target audience at the lowest possible cost. When placing a buy, follow these five steps:

The first time you create a media plan can be overwhelming, especially if you aren’t sure where to begin or which questions to ask. The following outline will help guide you through the process. You’ll want to repeat this simple exercise for each media outlet you intend to use. In as much detail as you can, include:

Pricing for mass-media buys can vary greatly across channels. Let’s review what the typical cost might look like for some of the most popular platforms available.

Print ads. Pricing for advertising placed in newspapers, magazines and newsletters will vary based on many factors including region, industry, publication size, circulation size, ad size, ad placement, ad frequency and more. In general, newsletter ads are priced on cost-per-thousand (CPM). For example, you might pay $20 per thousand subscribers. If you’re looking to advertise in a magazine, the range can be vastly wide, from $500 to $20,000.

As publications have evolved to include an online component, digital banners have become a very popular advertising option. They’re typically priced based on CPM impressions, ranging $20 to $80 CPM, depending on ad size. If you’re going for awareness, banners are a very cost-effective buy. They’re great for local brand-building and awareness. They’re sometimes added as a bonus or included in a package deal when purchasing print advertising space.

Radio spots. The price of radio advertising is largely dependent on location and the size of the audience. For example, an ad airing in New York City may cost $1,400, while the same ad in Baton Rouge, Louisiana, may be only $36. Like banner ads, radio campaigns are often sold using CPM, though you may also be able to purchase airtime based on a “price per spot.” On average, it can cost anywhere from $200 to $5,000 per week.

What’s great about radio advertising is it’s all about your local market. Just keep in mind that, in addition to airtime, you need to budget for production. Many stations have in-house production teams, which can help reduce these costs.

While traditional radio advertising has always been localized, streaming radio has opened a new world, allowing companies to market locally and nationally. Streaming services like Spotify allow you to select your campaign targets including location, age and gender. They also simplify the production process by allowing you to upload an audio file or have a voiceover file produced from your own written content.

The cost for advertising on a streaming service is typically based on time of day. On Spotify, you can kick off a campaign for as little as $250.

TV commercials. The most expensive mass-media buy is typically television, and there are several factors that go into determining the final cost of your spot. These include the broadcast network, whether it’s public broadcast or cable, the show airing around your ad, time of year, time of day, commercial length, and audience size and demand.

For a 30-second spot on a local station, you can expect to pay a minimum of $5 per 1,000 viewers. Based on data published by “Ad Age,” a 30-second spot broadcast nationally averaged around $115,000 in 2020. If you’re considering TV, it’s best to enlist the help of someone who understands how to select the best placement for your ads, as it can become very expensive, very quickly.

If the price of TV advertising puts you off but you’re still interested in the medium, consider testing your dollars on the Hulu streaming service, which has gained tremendous popularity. It offers guaranteed, local exclusivity, which means you can be sure your ad is running only in places you want it to be viewed.

One major difference between Hulu and traditional cable outlets is it allows for seven-second spots in addition to 15 and 30. If you can get your point across in that much time, it might be a great way to test the platform. You can go live with a campaign on Hulu for as little as $500, making it the cheapest of traditional advertising channels.

There are many mass-media channels out there, local and national. Creating an effective plan to purchase and place advertising via these platforms takes time and research. It’s critical to first have clear objectives and develop a strategy to track results. In fact, no marketing initiative is worth implementing if you aren’t going to measure its effectiveness to ensure you’re getting the most for your money.

As we’ve seen through history, mass-media marketing will continue to evolve. All of the channels—print, radio and TV—offer a place to communicate your message. Depending on your scope and needs, they’re worthy of consideration because they’ll continue to shape our culture as well as how prospective self-storage tenants consume information.

Christina Alvino is the owner of FineView Marketing, which specializes in working with small and mid-sized self-storage operators. She’s served as an executive-level marketing leader in the storage industry since 2011. Prior to launching FineView, she worked in marketing and operations for several large self-storage operators including Great Value Storage, Guardian Storage and LockTite Storage. For more information, call 724.413.6195; email [email protected].

Insight to Help Self-Storage Operators Plan and Manage Their Marketing Spend
May 14, 2022

Why, When and How to Audit Your Self-Storage Website
May 03, 2022
Self-Storage Operator StorageBlue Sponsors New York Yankees Radio Network for MLB Season
Apr 25, 2022