Weathering Economic Woes in the Self-Storage Industry: Past, Present and Future 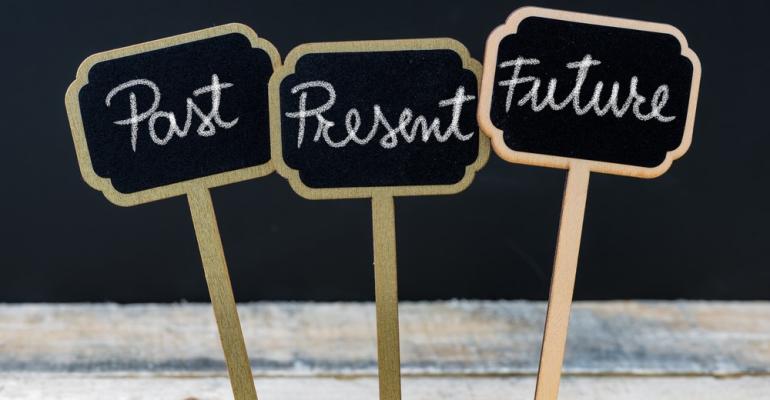 As we start a new decade and anticipate economic challenges, it’s vital to take lessons from history and strategize so your self-storage operation can persevere. The author walks us through the industry’s past, examines the present and gives insight to help brave the future.

The self-storage industry has prospered over the years, and that’s likely to continue. However, it’s critical to be aware of potential economic risks, such as another recession, and have a plan to ensure your business can endure. As we start a new year and decade, it’s important to look back and see what lessons we can learn to improve our operations in the years to come.

Looking Back to the Past

In 1950 we were coming off a brief but significant recession that pushed unemployment into the 7 percent range. The years after World War II were volatile as we settled into a new economy and world order. By 1955, U-Haul International Inc. had 10,000 dealers across the country and was setting the table for what would become the self-storage industry.

In 1960 we saw the national gross domestic product (GDP) shrink by more than 1.5 percent. Some sources suggest the original first-generation, drive-up, garage-style self-storage properties appeared around 1963 in South Texas. The sky was the limit for us then.

In 1970 we were in the middle of a year-long economic slump that marked the end of an economic expansion that began in 1961. Just as a historical marker, Public Storage didn’t form as a company until 1972. Much of the storage needs in the country were being met by traditional moving and storage warehouses.

In 1980 we were heading into an economic slump that brought the highest unemployment nationally since the Great Depression, but things were brewing in the self-storage world. By then, Public Storage Real Estate Limited Partnerships was busy developing storage in prime locations on the West Coast. Manhattan Mini Storage was only two years into its growth and development at the beginning of the decade.

In 1990 an economic crash prompted all sorts of interventions to steady the economy. Some of you may still own properties that came into your portfolio as a result of the Resolution Trust Corp., which was tasked with distributing the real estate assets that failed savings-and-loan companies had financed.

In 2000 many of us were just relieved all the computers didn’t crash and disintegrate on Jan. 1. The decade came with a burst in the “dot-com bubble,” where overvalued stocks took a correction. Self-storage was coming off a period in which many operators felt as if they were in an oversupplied market.

In 2010 we were in the later stages of an economic mess that took years to work through. Some self-storage operators may still have scars to show for it. The crisis came after an industry building boom and a period of stringent lending practices across all real estate asset classes.

The U.S. has experienced 11 recessions since 1949. They seem to be part of the economic cycle. Not all were bad for the self-storage business, and not all touched every metro area or sector of the economy in the same way. By some measures, the bottom half of earners have been in a recession since 1974 with no upturn in sight.

So, what will 2020 look like? The economy for Wall Street and investors is booming. Can that continue? Do you have a plan for your self-storage business if it doesn’t? Part of this year should be spent creating good strategies and fallbacks for whatever economic paths emerge over the next few years.

For the poor, the economy is terrible. If you’ve been in the storage business for more than a minute, you know this and already have strategies for your economically strapped customers and markets. Use this year to find better ways to serve this demographic (or avoid them altogether, if you so choose).

For the middle class, the economy depends on how much debt they’re carrying. Here’s where there may be a real risk for self-storage operators. This class is a fragile economic unit, as it’s driven by debt; yet the economy depends on middle-class spenders to push GDP and profit. This is a conflict that occasionally blows up in the nation’s face. How thinly stretched are middle-class consumers now? Our business depends on them. We need them to be able to afford storage, to acquire, keep and share things.

There are many risks to all levels of the economy, but there are also new technologies and business models making things interesting. Self-storage values remain strong, and lending remains robust, but sensible. Institutional funds and private investors still have a big appetite for our industry. Returns on investments aren’t as strong as they were in 2016 to 2018, but they’re still respectable. Self-storage continues to be a top-performing real estate asset class.

Operations are becoming more challenging as increased supply puts rate and occupancy pressure on almost every market. This will have an impact. You can’t maintain high asset values if revenue is leveling off or shrinking. If your average rent per square foot is declining, how can values continue to rise? You can’t continue to be a favored real estate asset in an environment of dwindling occupancy if the main statistic many investors follow is (you guessed it) occupancy! So, the risks are real.

However, we’re getting better technology and analytic tools to help improve the customer experience (CX) and trim expenses. Most self-storage operations already run quite efficiently or with razor-thin costs, so there’s only so much to gain by approaching expenses as the main focus of protecting profit. However, the improvement in CX will allow us more elasticity in pricing than we might expect. Consumers place ease and speed of transaction over price in almost every purchase.

This is a good year to figure out how to adopt a better CX, find new ways to push revenue, learn which technologies bring a solid return on investment, compete in an increasingly crowded marketplace, and get your financing profile straight in case we do see a downturn. Best of luck!

The Australia Self-Storage Industry in 2023: An Insider’s View of Market Conditions, Performance and More
Feb 02, 2023