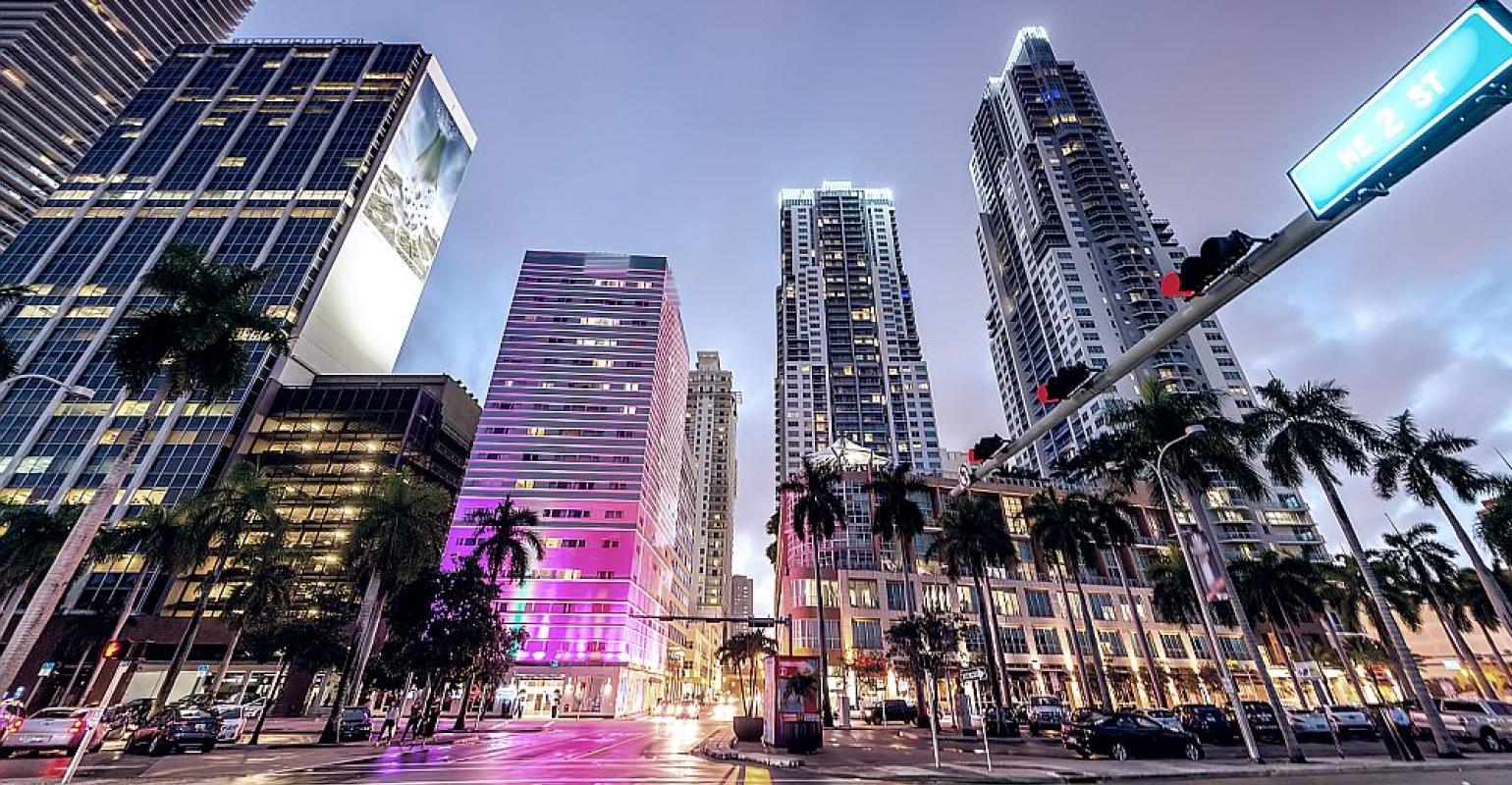 Greater Miami has been among the nation’s hottest self-storage markets for several years. Read why the area is poised for continued growth, despite an ongoing construction boom and looming economic uncertainty.

The Miami self-storage market is holding its own despite an ongoing construction boom and gathering economic storm clouds. Even with a surge in new supply, the region is in relatively good shape and should be able to withstand the tough times ahead for Florida and the rest of the nation, industry experts report.

Greater Miami, which includes Miami, Fort Lauderdale and West Palm Beach in the tri-county area of Southeast Florida, continues to draw interest from self-storage developers, with new supply increasing more than 5 percent last year and 16 percent over the past three years, according to Radius+, a company that specializes in self-storage data, analytics and location intelligence for the self-storage industry.

Not surprisingly, the surge in supply has led to price pressure in the region, with rates for climate-controlled units falling about 20 percent during the past year. Rates for traditional units fell by a little more than 12 percent.

Additional self-storage supply is on the way, with facilities under construction expected to add about 8 percent to the region. If all tentatively planned projects are considered, the supply in Greater Miami could increase by 18.6 percent to 42.2 million square feet in coming years. Those projections are slightly higher than the national average estimate of 3.3 percent growth from facilities under construction and nearly 10 percent growth when all planned and permitted facilities are included, according to Radius+.

Despite all the activity, many Greater Miami self-storage players and industry observers remain bullish on the region for a number of reasons. First, they point to the fact that the nation’s seventh largest metropolitan area is faring better than many other major markets in terms of supply. Over the last three years, Miami has ranked 12th in supply growth, while Denver has been No. 1, with 27.6 percent growth, Radius+ reports.

Another bright spot is Greater Miami was in better position than other markets to absorb new self-storage facilities at the start of the last decade’s building boom. Even after the surge, the area’s penetration rate is hovering around 6 net rentable square feet per person, which is roughly in line with the national average. In addition, lease-up for new facilities in the area remains about three to four years, which is near the national average and considerably lower than sites in other hot markets, which can take up to five years to lease up, industry officials say.

Earlier this year, Miami’s planning board imposed a ban on new self-storage construction near mixed-use residential areas as well as a general 270-day moratorium on any new storage development. While none of us likes anti-industry sentiment, these types of restrictions help existing owners by slowing the introduction of new facilities to market. “If it slows up development for a year or so, that’s a year in which we can absorb what’s coming online,” notes Scott McLaughlin, executive vice president of Sentry Self Storage Management, which operates two facilities in Miami.

The bottom line is Greater Miami, whose population is still growing (though slower than in past decades), is in a better position to prosper going forward than many other U.S. major markets. “In the long term, Miami is in good shape,” says Brian Cohen, president of Andover Properties LLC, a developer, owner and operator of 41 facilities in 12 states. Most of the company’s properties are along the East Coast, with one site in Miami and one in Fort Lauderdale. In fact, Cohen confirmed what others have observed: Namely that occupancy rates in Miami-area facilities have remained in the 90 percent range, despite new supply. He indicated absorption was “going pretty well,” despite competitive price pressure.

Though the area got hit hard by a recent surge in new construction, McLaughlin says it isn’t necessarily an oversupply problem. “It’s been an all-delivered-at-one-time problem.” For example, Extra Space Storage Inc. recently opened a new 75,000-square-foot facility just three blocks from a 50,000-square-foot Sentry facility. Occupancy at the Sentry property held steady, which indicates local demand remains strong. Some of that demand is attributable to new multi-family developments, which provide potential new customers for self-storage operators, McLaughlin says.

Though there’s certainly some market uncertainty regarding the coronavirus pandemic and the subsequent economic downturn, our industry is often described as “counter-cyclical” and “recession-resistant,” which means it should be able to hold its own during the current health and economic crises.