The Results Are In! Self-Storage Market Winners and Losers From the ‘Great Relocation’ 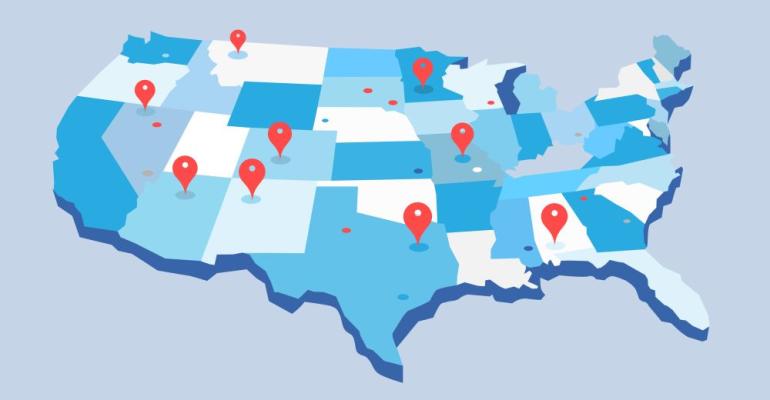 There was a lot of discussion last year about a mass exodus of people away from some metro areas and how those shifts were affecting self-storage move-ins and move-outs. The U.S. Census Bureau just released official data on population shifts between 2020 and 2021, so let’s see who the biggest winners and losers were from what’s been dubbed the “Great Relocation.”

Last year, as workforce impacts from the “Great Resignation” were being chronicled with confidence through the height of the coronavirus pandemic, many of us were left to use anecdotal evidence to speculate on the effect the so-called “Great Relocation” was having on self-storage markets. There was a lot of conflicting information and opinions, but the basic consensus was that a mass exodus was underway in certain portions of the nation, particularly in California and New York.

This was being driven by analyses of metrics like change-of-address data from the U.S. Postal Service, tracking moving trucks, the number of new business startups occurring as well as the renewed attraction to suburban living and small, affordable cities, particularly among Millennials. Well, last week, the U.S. Census Bureau brought some clarity to the speculation by releasing a slew of data on nationwide population shifts that occurred last year.

Not surprisingly, much of the previously reported migratory behavior was pretty accurate, only now we have a better idea of which parts of the nation benefitted most. Not only do we have migration figures for areas impacted by population loss, we also have a more accurate picture of where people went. As such, here’s a look at the biggest winners and losers of the “Great Relocation” of 2021.

In general, the Census Bureau indicates people tended to move away from large, populous counties to medium and smaller ones. As a result, 65.6% of counties (2,063 out of 3,143) experienced positive domestic migration overall from 2020 to 2021. In all, 58% experienced population increases, while 41.8% had a net loss of residents. Eight counties (.3%) had no statistical change.

In addition, the nation’s micro areas (generally, places that have at least one urban cluster between 10,000 and 50,000 people) grew .2% in population, which outpaced metro areas (.1%). This marks a shift in trends, as metro areas typically have grown at a faster rate, according to the Census Bureau. Out of 543 U.S. micro areas, 287 (52.9%) experienced population increases last year.

The data correlates well with self-storage investor interest in secondary and tertiary markets. Not only do the numbers bode well for future storage demand in small municipalities and rural settings, they’re also part of the reason why so many owners of small, aging facilities with room for expansion are fielding unsolicited, off-market offers from buyers.

When correlated with the Census Bureau’s latest data on residential building permits, it’s easy to see why Texas is constantly brought up in relation to self-storage development and investing opportunities. Prior to the latest influx of new residents, the state already had been on a four-year private-housing bender, with the number of permitted multi- and single-family units growing 39% from 2016 to 2020. For perspective, Texas had 230,503 units permitted in 2020, while second-ranked Florida tallied 164,074.

As indicators of future self-storage demand, Texas appears to be well-positioned indeed.

Though Alaska (80%), Louisiana (71.9%) and Illinois (65.7%) were the states with the highest percentage of counties with net domestic-migration losses between 2020 and 2021, the early indicators of population exodus from California and New York appear to have been largely accurate.

Other notable population winners include:

Other notable population losers include:

For a full visual of which U.S. counties had the largest population gains and losses from 2020 to 2021, check out the image below. The dark green areas indicate percentage gains of 1.6% or higher, while the dark purple areas experienced losses of at least 1.6%. 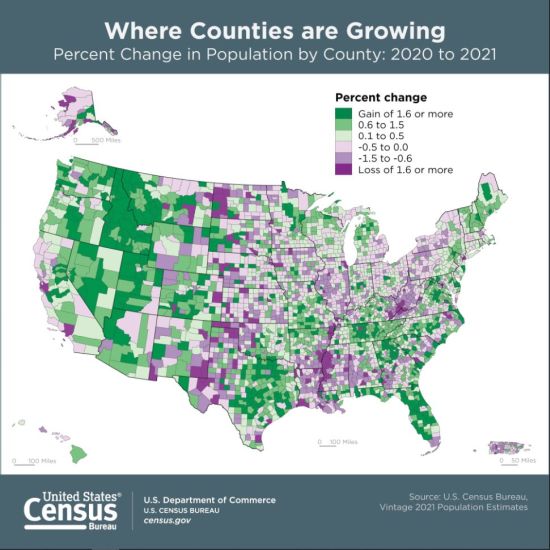 The Rise of Secondary and Tertiary Self-Storage Markets and What It Means for Buyers and Sellers
May 17, 2022