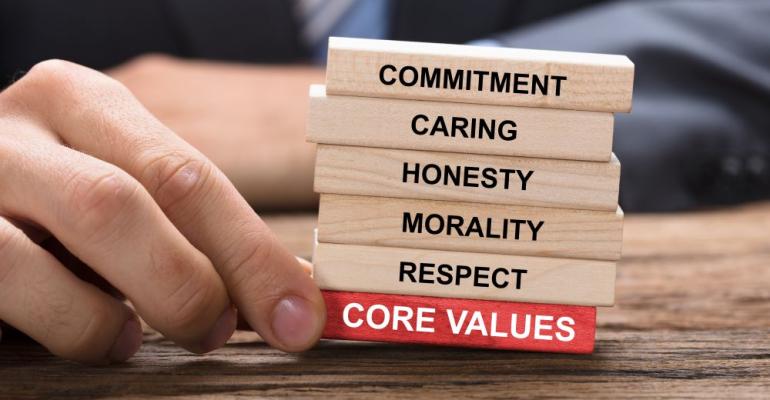 This week saw several major brands across a multitude of industries make principled decisions related to Russia that will potentially cost millions, if not billions, of dollars in revenue. With the upheaval the world’s experienced recently, it’s natural for self-storage businesses to think about their corporate conscience. What, if anything, would cause you to take extraordinary action?

The speed at which major businesses have pulled out of Russia in reaction to its invasion of Ukraine has been eye opening. The list is a who’s who of western brands and spans the gamut of auto, aviation, entertainment, finance, oil, retail, shipping and technology industries. If you’ve ever wondered what it would take for a diverse group of companies like Ford, Boeing, Apple, Shell, MasterCard, Visa and IKEA to all respond similarly to some type of event and make business decisions that will potentially cost them millions (maybe billions) of dollars in revenue, we apparently have our answer.

Granted, the breadth and severity of the moves vary—including some that will inflict hardship on ordinary citizens (which, like governmental economic sanctions, is part of the point)—but the crux of what’s occurred is significant. Anytime corporations intentionally disrupt operations and pull the plug on revenue streams is cause for pause and reflection—particularly when such moves are made as a matter of principle.

The world has been so upside down thanks to a global pandemic, social unrest, political division, climate change and now the threat of geopolitical and military instability in Europe that it’s natural to think about your business principles and corporate conscience. Whether you’re a self-storage operator or vendor, what would cause you to take comparable action, if anything?

Though not even Public Storage can match the clout of most of the brands that have made news this week, the industry isn’t void of recent examples in which self-storage businesses made conscious decisions on principle that cost them money. One of the prime examples is how many operators curtailed late fees and unit auctions and went out of their way to work with delinquent customers who were severely impacted by the pandemic. Many operators have since had to make difficult decisions on how and when to return to more traditional policies and procedures.

The main difference between those moves and what we’ve witnessed from global brands this week is that waiving late fees, delaying the lien process and offering free use of units to victims of a major disaster are largely charitable actions. They’re excellent and worthy gestures that are the right thing to do in most cases. In other words, in terms of demonstrating business principles and values, they generally aren’t terribly difficult decisions to make when pitted against the financial consequences.

Another relevant example was the decision StorageMart made last August to incentivize U.S. employees with $100 to get fully vaccinated against COVID-19 by Oct. 31. The company, which operates more than 200 self-storage properties across Canada, the United Kingdom and the United States, even challenged other self-storage owners to follow suit. As politically charged as the vaccine had become by then, it’s noteworthy that a major private operator was willing to take such a public stance.

Other examples of how self-storage operators have put their business principles on display include several of the largest publicly traded real estate investment trusts, which late last year published their annual sustainability reports, some for the first time. More than just an exercise in reporting on environmental practices, the reports also offer insight to the companies’ social and governance efforts. This includes discussing corporate philosophies, programs and progress on relevant issues like diversity and inclusion.

With so much upheaval of late, there’s value in exploring your corporate conscience beyond whatever’s printed as part of your mission statement and company values. Consumers are beginning to demand more from businesses with whom they spend discretionary income. Many want to feel aligned in principles beyond products and services. On some level, corporate response to issues beyond the parameters of normal business are slowly becoming part of public relations and crisis management even when companies themselves aren’t directly involved or threatened.

You don’t have to make a list of the types of incidents that would spur you to take extraordinary action, but it can’t hurt to think about some hypothetical, principled decisions we all hope you never have to make.

Upkeep for Your Self-Storage Property: Is it Time to Consider Outsourcing?
Dec 09, 2022
Inside Self-Storage Store Releases 2023 Maintenance Calendar and Guide
Dec 08, 2022