Hosting a Football Tailgate at Your Self-Storage Facility: Party On or Accident Waiting to Happen? 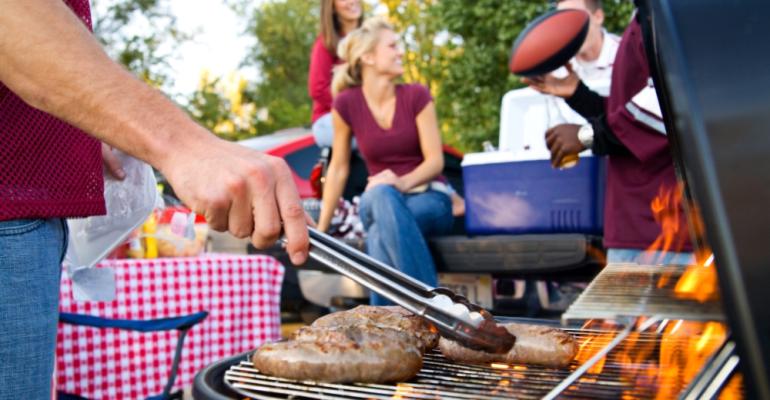 Football tailgates have become part of American culture. They’re a weekend ritual and lifestyle for millions of sports fans. When news broke this week about tenants at a Massachusetts self-storage facility hosting pregame parties in and outside their units, it made us smile and also take pause.

For millions of American sports fans, weekends in the fall are highlighted by football tailgates. College campuses and NFL stadium parking lots are transformed into communal parties in which just about every variety of meat imaginable is grilled, recreational games are played, and lots and lots of alcohol is consumed. For many, tailgating is a lifestyle and sacred ritual that brings together friends and family to share their common bond around a team or sport for several hours before kickoff.

In many cases, the setups are extremely elaborate. Televisions showing games across the nation aren’t unusual, nor are party tunes, expensive toys, team memorabilia, and comfortable and functional furniture that might be welcome in just about any living room. It’s a time for grill masters to showcase their skills and share cherished local delicacies and traditions.

What isn’t typical is tailgating at a self-storage facility, but apparently there’s a Guardian Self Storage facility in Foxborough, Massachusetts, that has become pregame party central for dozens of New England Patriots fans. Each Sunday prior to Patriot home games, the property near Gillette Stadium is the epicenter for a tight-knit group of fans and tenants who host their tailgates in and around their units.

On Oct. 2, before the Patriots played the Baltimore Ravens, more than 20 units were in “tailgate mode” and drive aisles were alive with grills, food displays, cornhole games and picnic tables, according to a report from “The Boston Globe.” The site has become so popular that some tenants rent their units specifically to host tailgate parties, with some leasing only during football season. The weekend get-togethers are even credited as the spot where at least one married couple met.

While this sounds like a rip-roaring good time, what wasn’t reported was how closely the self-storage operator is involved or how closely tailgate activities are monitored. The fan who got the ball rolling at the facility in 2005 rents a 10x15 that’s “outfitted with a TV, a bar and a couch,” according to the newspaper report. One setup was described as having a “soaring antenna,” presumably for watching games on television.

Another interesting aspect of this particular tailgate community is that dozens of people are apparently pitching in to pay the rent. The guy who first set up his unit for tailgating purposes splits the rent between four people. The man who met his second wife during a tailgate at the facility supposedly rents his unit with 20 other people.

Hosting community events is a hallmark of self-storage marketing, but this setup certainly raises questions about potential risks and liability. Though major tailgating incidents seem to be rare, anytime you get a large number of people together in which alcohol and open flames are a central part of the activity, there’s always some risk that something bad could occur. For example, at a September game in Miami, Florida, a grill that was left on was blamed for burning at least four vehicles in the stadium parking lot, according to Fansided.

I personally love a good pregame party, but if I was hosting a large tailgate gathering at my self-storage property, I’d be concerned with the following:

The sights, smells and sounds of tailgating have become an integral part of American culture, so having your facility play an integral role in people’s pregame joy might be a fun and worthy pursuit. As with any self-storage event, particularly one that’s reoccurring, growing and mixing tenants with outside visitors, it makes sense to apply some scrutiny and careful risk management.

As always, it’s wise to consult your attorney about potential legal issues, risks and exposures as well as your insurance agent for any site safety recommendations and to be sure that you have the proper coverages in place for protection in case an unfortunate incident occurs.