All Hail the Business Impact of the Super Women of Self-Storage! 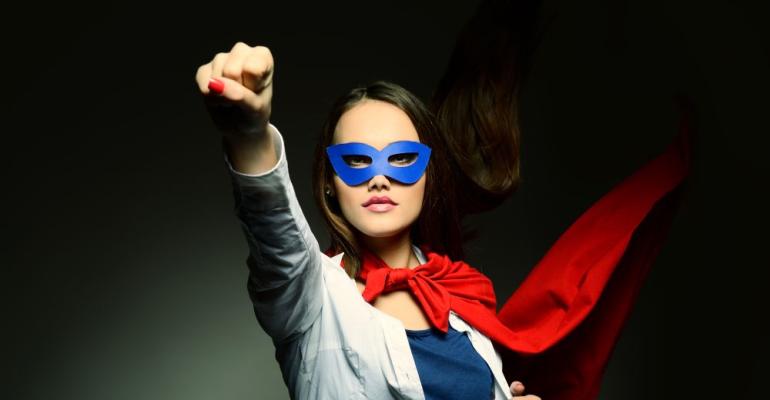 Much of the nation celebrated the 50th anniversary of Title IX this week, but the landmark law has had an impact far more reaching than just sports. Here’s a salute to the many women in self-storage who are a driving force behind the industry’s unprecedented run of success.

This week marked the 50th anniversary of Title IX, but you don’t need to be an athlete to appreciate its impact beyond sports. The landmark 1972 law expressly prohibits the sex-based exclusion of participation in education programs or activities that receive federal funds, and is most credited with vastly expanding female participation in high school, college and youth sports. While certainly true, its ripple effects across our culture and society probably stretch farther and have had more influence on life successes outside the lines of a field or court.

For many, the greatest benefits of inclusion and participation in athletics and other group endeavors are the life skills they teach, including goal setting, work ethic, socialization, team dynamics, self-belief, conflict resolution and how to cope with failure. All of these translate to business and leadership roles in self-storage and other industries. Not surprisingly, 80% of female executives at Fortune 500 companies identify as having been athletes or former “tomboys,” according to the Women’s Sports Foundation.

Interestingly, the first year the U.S. Census Bureau began to provide data on women-owned businesses was also 1972. By 2018, 48 years after Title IX was enacted, the number of women-owned businesses in the United States had increased from 402,000 to 12.3 million, according to the 2018 “State of Women-Owned Businesses Report” commissioned by American Express. Over the course of those nearly five decades, employment at women-owned firms grew from 230,000 to 9.2 million, while revenue increased from $8.1 billion to $1.8 trillion.

Anecdotally, the high-arching trajectories of female sports-participation figures and business success are more than a compelling coincidence. The numbers speak to the power of increased opportunity as well as a growing normalization of women in positions of power and influence. As the saying goes, “If she can see it, she can be it.”

Self-storage is a historically male-driven and dominated industry, but it has more than its fair share of women superstars. Among the businesses that either own facilities or manage them for others in the 2021 Inside Self-Storage Top-Operators Lists, at least nine include women as a business owner or president/CEO. Collectively, these women oversee portfolios of more than 114 million rentable square feet.

They include Tamara Fischer at National Storage Affiliates Trust, which operates the sixth largest total portfolio of owned and managed properties, as well as Alyssa Quill of Storage Asset Management, which has the largest managed-only portfolio, and Elizabeth Raun Schlesinger of Merit Hill Capital, which has the ninth largest owned portfolio and is one of the fastest rising companies in the rankings.

Of course, this doesn’t include women at other companies in the Top-Operators lists who occupy other C-level positions, vice presidencies and other high-ranking, decision-maker roles. Nor is it meant to ignore the scores of women who own small portfolios either independently or as part of a family enterprise.

In my immediate universe, I’m the only male on the media/content side of the Inside Self-Storage brand ably led by Teri Lanza, and our larger team at the event and corporate division levels is fortunate to have talented women in key positions of leadership, influence and authority.

Further, one of our chief competitors is led by a woman, and there are three women, including Fischer and Quill, who sit on the board of directors for the national Self Storage Association. There are also dozens of women in either ownership or leadership roles in the supplier side of the business.

If we compared self-storage against other industries, it’s difficult to say how it would rank in terms of having women in high-ranking or influential positions. One of the interesting dynamics about the business at the operator level is that you don’t have to be in a position of high power to wield enormous impact. Regional, district, area and facility managers all make vital contributions to the operational performance of their businesses as well as the value of the portfolios they help manage. In many operations, these roles are handled by women. In fact, in a 2015 benchmark manager-compensation survey conducted by ISS, 80% of the participants were from independent operators, and 62% were women.

That’s indicative of a large female influence at the day-to-day management and customer-facing levels across the industry. Gender equity is a work in progress everywhere, but it’s clear that women make meaningful and consequential decisions every day across dozens of multi-million-dollar self-storage businesses. With the industry poised as the hottest investment among real estate sectors, there’s little doubt it’s better for it.

The Importance of In-Person Self-Storage Sales in an Increasingly Technological Environment
Nov 30, 2022