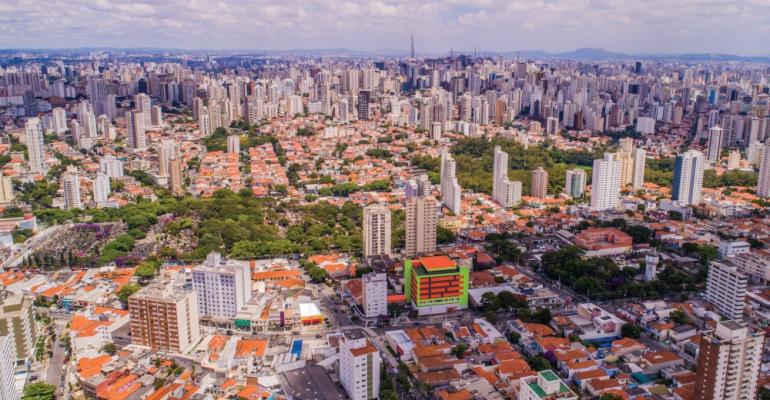 Although the Brazilian self-storage industry has faced a variety of tribulations, including an unprecedented economic recession, it’s proven to be resilient. The founder of GoodStorage shares his company’s journey and an outlook for the future of Latin America.

My business partners and I founded GoodStorage in Brazil in December 2013 and opened our first store in São Paulo in June of the following year. After many years in the real estate investment world, it was my turn to be an entrepreneur and take some risks.

I was confident the self-storage sector was ready to take off as soon as long-term institutional capital landed. The complete lack of financing, both equity and debt, had kept the industry restricted to small operators that were mostly running lease-hold properties and cash-cowing from an underserved market. I believed adequate capital would enable competent, creative companies to build awareness and the business. I was ready for the challenge.

What I couldn’t see was that our first store was launching concurrently with Brazil entering the longest, deepest economic recession it has ever known. The general real estate industry had just enjoyed eight golden years. We tried to believe the recession would pass quickly, but the Brazilian economy has cycles, and the challenges would be with us for a while.

So, when the going gets tough, the tough get going! This is when I fell in love with self-storage, and that passion became a source of motivation. Through adversity, the industry has solved an important urban need in Brazil and managed to grow. Storage companies have invested in improving their operations, digital presence and marketing.

We were lucky to be a startup. We could dedicate our deepest efforts to implement all initiatives from scratch, with no biases or legacies and in the best of our knowledge and capacity. From the very beginning we knew we wanted to be three things: a true real estate company; a retail, customer-centric platform; and a great place to work.

As a true real estate company, we wanted to be simple, trusting in the best locations and developing assets we wanted to hold for life. The market was mostly concentrated in suburban areas, lacking access and visibility. We knew that to become relevant and create impact in awareness, we needed to seek urban-infill sites. We wanted to be our customer’s neighbor; we needed to be truly functional.

As a retail, customer-centric platform, we wanted to learn how to better serve the demands of our customers. From the start, we invested heavily in business intelligence, enterprise resource planning, customer relationship management, omnichannel strategies and client segmentation, inbound and outbound. In a segment with absolutely no track record, data collection and mining would later be our compass through the storm.

Last but certainly not least, we wanted to be a great place to work. We believe there’s no separation between personal and professional life. We wanted to build a business in which each member could be the best version of his true self, providing a virtuous atmosphere where all understand their vital role in the company’s success.

This combination of company characteristics has enabled us to open 12 freehold stores (with 12 more developments planned) and become the largest self-storage operator in São Paulo. On average, the stores are 4,000 square meters. They vary from strategic, large, ground-level, edge facilities with the best available access to infill vertical properties, such as an eight-story facility in the city center next to a high concentration of new studio apartments. GoodStorage is present in three of the city’s five most affluent neighborhoods.

The GoodStorage story demonstrates the positive momentum of self-storage in Brazil over the past four years. It hasn’t only proven to be resilient but also an important solution for individuals and businesses as they change the way they interact with the urban centers.

The capitals are becoming denser, with individuals choosing the location of their homes to optimize mobility, even if that means living in more compact apartments. At the same time, Internet penetration is growing rapidly as is the use of smartphones. It’s no surprise that e-commerce has also grown significantly. All these trends are increasing the acceptance and use of self-storage in Brazil.

The self-storage sector is well-organized here, with a national association and an annual tradeshow that attracts suppliers and operators from all over South America and overseas. Between 2014 and 2017, the Brazilian Self Storage Association estimates 80-plus new stores were launched, representing an average growth of 12 percent per year while gross domestic product has shrunk 2 percent annually.

The market is mostly focused in São Paulo and Rio de Janeiro, although you can find class-A facilities in most states. The occupancy levels vary, depending on the age of the store. In São Paulo, which holds about 50 percent of Brazil’s self-storage supply, occupancy is estimated to be around 65 percent. Individuals make up approximately 70 percent of storage renters, leasing an average of 7 square meters. Rates are north of R$65.

The obstacles haven’t been easy to overcome, but they’re making the industry stronger. The continuing urbanization trend should continue to support the need for storage in the years ahead. The market, however, should still see supply driving demand for quite some time, meaning our challenges won’t go away any time soon and creativity will still be a key differentiator. At the end of the day, the question is: How fast can awareness can grow?

Thiago Cordeiro is CEO and a founding partner of GoodStorage, a Brazil self-storage company he launched in 2013 with Evergreen Capital Partners and Hemisfério Sul Investimentos. He’s been involved in real estate investment since 2003, raising and managing real estate funds as well as developing various assets classes. For more information, visit https://goodstorage.com.br.