Imagine introducing an entirely new concept like self-storage to a mega market like Brazil. Here’s how MetroFit is building brand and industry awareness in the region.

Build it and they will come? That only works if “they” know what “it” is. By “it,” we’re referring to self-storage in Brazil, Latin America’s biggest country and most dynamic economy. “They” are Brazil’s population of 200 million. In the entire country, there are only 125 storage facilities, with the majority in São Paulo, the largest city with more than 20 million residents.

So what’s the best way to share knowledge of the self-storage product to this vast potential market? MetroFit, a São Paulo-based operator focused on Brazil’s major metropolitan areas, is marketing to educate the public. The company has two facilities in São Paulo, with a third expected to open this fall.

Since MetroFit was formed in 2012, its principals and executive management team have been aware of a unique challenge: how to educate an entire marketplace about the benefits of a product no one knows to exist. “While we were intrigued by the prospects of self-storage in Brazil, we fully acknowledged that market awareness of the service offering is extremely low,” says Matthew Nagel, chairman of MetroFit parent company Metro Storage LLC. “We take for granted that nearly everyone in the United States knows about self-storage. In Brazil, however, we estimate that market awareness of the product is less than 1 percent of the total population.” 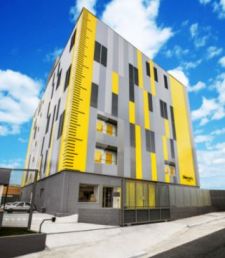 So, what to do in the context of a startup company where budgets are tight, especially for marketing? The short answer is to be creative, both in the marketing spend as well as the campaigns designed to educate. “We’ve been focused on marketing from day one of MetroFit,” says Arthur Ostrovsky, head of operations for MetroFit. “We look at marketing both in terms of online like Internet and digital strategies, as well as offline, which we define as more traditional marketing efforts.”

The benefit of addressing a lack of product awareness is being able to use the enormous advantages of digital marketing. Not surprisingly, MetroFit focuses its efforts and ad spend on search engine optimization (SEO), principally through Google. “A big chunk of our marketing dollars are focused on SEO and, specifically, trying to position MetroFit for prominence when our potential customers search for self-storage,” Ostrovsky says.

That strategy is great for people who know what they want. But what about for those who don’t? That’s where MetroFit tries to be creative. In 2014, the company hired São Paulo-based marketing firm All Set Communications. Founded by Leopoldo Gottardi, All Set helps brands leverage their communication efforts through traditional as well as the latest digital means. “MetroFit presents an amazing opportunity to educate an entire population about a service offering completely new to Brazilian consumers,” Gottardi says. To achieve maximum exposure, he and his team began designing online campaigns aimed at spreading the MetroFit brand as well as the self-storage product.

One successful strategy in particular was the creation of “virtual MetroFit characters” used in Facebook campaigns to educate potential consumers. All Set and MetroFit created four character types that represent a good cross-section of potential Brazilian customers. These characters are regularly featured in creative, fun campaigns that subtly feature how MetroFit can solve someone’s short- or long-term storage needs. “Facebook is wildly popular in Brazil,” Gottardi says. “We created these MetroFit characters to creatively reach a large target audience and cement the idea that MetroFit can solve space constraint needs in large cities like São Paulo.”

While communicating to potential customers via digital means is important, MetroFit hasn’t forgotten about more traditional forms of advertising. One unique strategy it employs is advertising on pizza boxes in neighborhoods near its stores. “Remember, we’re trying to draw attention to MetroFit, so we feature our bold yellow color and Web 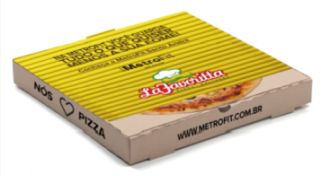 With creative marketing strategies like this, MetroFit hopes to continue to be top-of-mind in Brazil when it comes to self-storage.

Jay Harron is president of Metro Storage International, a wholly-owned subsidiary of Metro Storage LLC. He’s responsible for finding and executing relationship-driven self-storage joint ventures and partnerships outside the United States. Headquartered in São Paulo, Brazil, MetroFit is a joint venture between Metro Storage and TRX Realty, a Brazilian-based real estate developer and fund manager. MetroFit currently has two facilities in São Paulo with a third expected to open this fall. For more information, visit http://metrofit.com.br.