Self-storage is as trendy as ever in many international markets, and all the momentum is going in one direction—up! Here are some factors behind multi-story development in Latin America.

Self-storage is as trendy as ever in many international markets, and all the momentum is going in one direction—up!

As I work in international sales for a U.S. building-components supplier and focus a good bit on Latin America, I’m often asked, “How is self-storage over there?” The simple answer is: It’s big. And I’m not referring to the number of facilities. (According to the Louisiana Self Storage Association, there are more storage facilities in that state, with its population of 4.6 million, than in all of Latin America, which has a population of 625 million.) Rather, it’s big in the sense that the segment is following the trend of most urban developments in large global cities—storage facilities are going vertical. 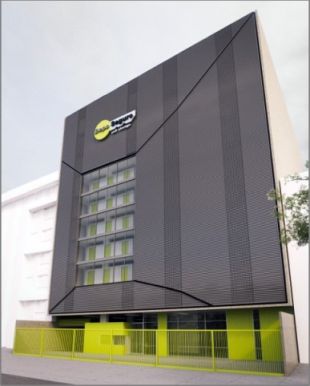 In the case of Latin America, where populations are much more concentrated in the capital cities, self-storage is a logical choice for investment. For example, Colombia has around 47 million people, more than 8 million of whom live in Bogotá. That’s more than 17 percent of the population living in a single city. Space is very limited, so opening a storage facility in the capital makes perfect sense.

International capitals aren’t only dense in population, they tend to be home to most of the upper-middle class. The average income can be nearly double that of the national norm. Obviously, the cost of living has to be considered; however, there are more people with disposable income in these cities who can afford “luxuries” such as renting a storage unit.

The most important contributing factor to the multi-story building trend in Latin America is land scarcity. As cities grow, the amount of available land decreases. This not only drives up land prices but forces developments to grow up instead of out to become viable investments. Urban sprawl is a truly American concept and not one international communities are willing to adopt for myriad reasons.

Accessibility is also a factor. First, wealth tends to be concentrated in centralized pockets of these larger cities. When you add the fact that traffic jams in the large cities can keep you in the car for hours, even just to go a few miles across town, you see how location is critical. When an owner has a nice parcel he’s ready to develop, he must do everything he can to maximize the space and get the most out of his land. Building multiple stories is the sensible solution.

In most markets outside of North America, self-storage is still in its infancy. While some people compare what we’re seeing abroad to the U.S. self-storage market in the 1980s, it’s difficult to predict what the future holds for the international sector. Large multi-story complexes aren’t the answer for everyone, but those thinking of the future of the industry shouldn’t just look around for opportunities … They should look up!

Pete Frayser is vice president of international sales for Janus International Group LLC, a manufacturer of self-storage roll-up doors and building components. Headquartered in Temple, Ga., the company has eight U.S. locations as well as manufacturing facilities in Mexico and the United Kingdom. For more information, call 770.562.2850; visit www.janusintl.com.

The Formula for Self-Storage Success in Latin America: Insight From Mega Storage
Oct 01, 2022