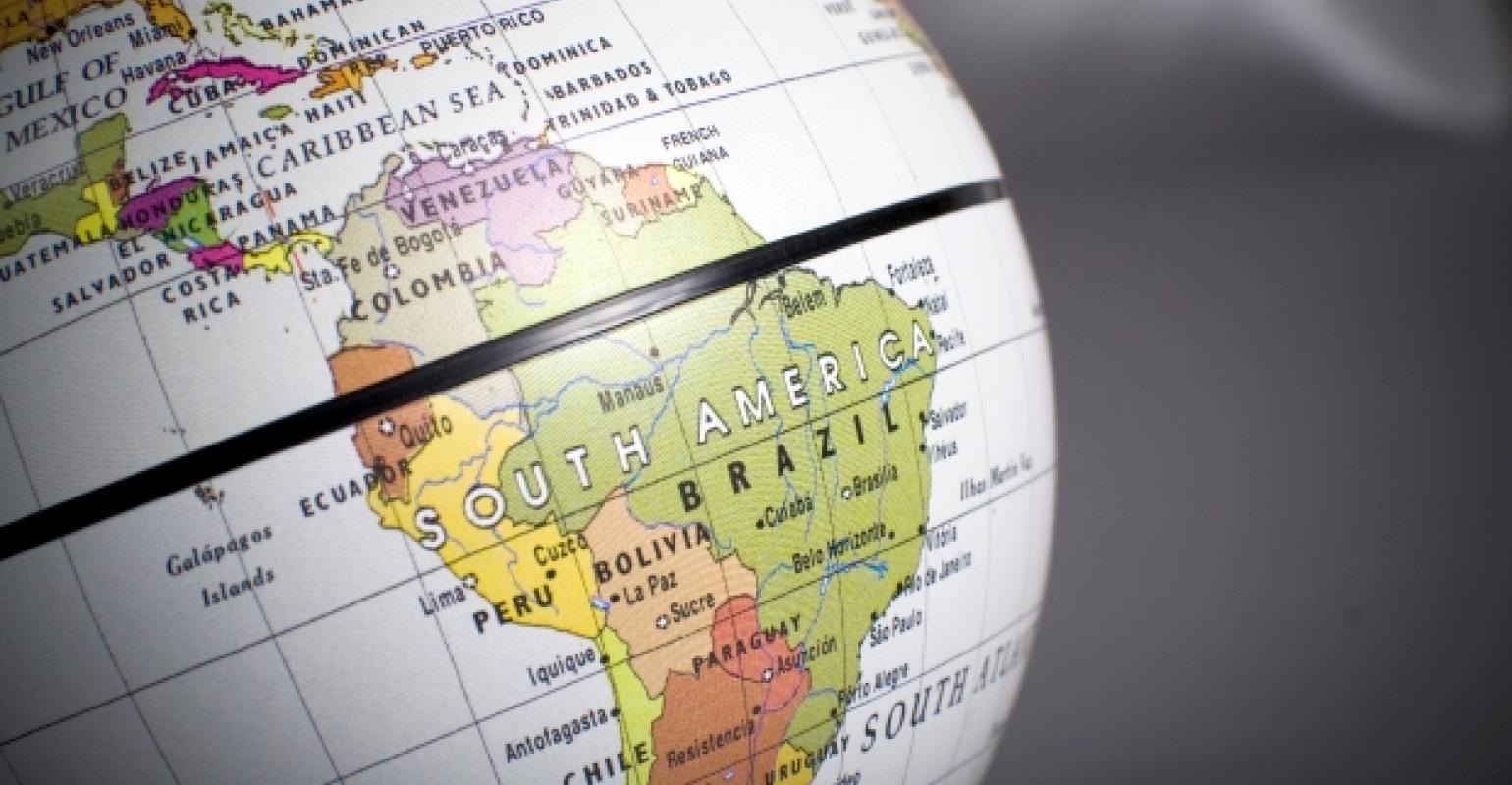 Although Latin America is one of the hottest areas for self-storage development, local owners and builders face many obstacles, including difficult site selection, challenging zoning and building requirements, and ignorance of the product. Here’s how some operators are overcoming them.

Some of the hottest areas for self-storage development these days are in Latin American countries including Brazil, Chile, Columbia, Mexico and Peru. Though many projects have been completed over the last few years, the market is seeing tremendous growth. Case in point: 25 new facilities are slated to open this year in Brazil. Compare this to the total number of facilities—100 in all—built in the country up through 2013.

Even still, ignorance of the storage product is still the predominant challenge—not just customer ignorance, but the ignorance of bureaucrats who deal with zoning and building permits. Some of the difficulty comes with explaining what storage is and what it can provide for the country’s residents, since there is very little frame of reference. In addition, industry-specific building regulations and ordinances are non-existent, and the site-selection process is nothing like it is in the United States.

These are the big obstacles being faced by developers in Latin America, but some local operators have found ways to overcome them.

Finding land or buildings that provide good visibility and ease of access and are priced appropriately is the No. 1 challenge to developing a new self-storage facility in any Latin American country. Narrow roads, poor urban planning and lack of supply makes development a tough process.

“The problem we have found are the extensions of land required for the construction of storage projects,” says Alfredo Ramirez, owner of Comimex Group, a Mexico City-based real estate and development company. “Often, the difficulty is to get land with good exposure, on a main road, with [a] good front. The street needs to allow for wide access for trailers, but mostly, the price of [the] land or warehouse [makes it] difficult to [have a] productive business.”

Once a site is chosen, the next hurdle is determining which municipality or entity to approach for approval. For example, in Lima, Peru, each neighborhood has its own “mayor,” as well as its own zoning and building requirements. In Brazil, each state and city piggybacks on a national set of codes.

Timing can be a nightmare. Reviews and final approvals can take up to a year. The process is much more complicated if you’re pursuing ground-up construction vs. conversion of existing structures. One strategy many we’ve found helpful is to schedule a visit with the local building and zoning departments to get a reading on their “temperature” for a potential project. It helps to know their familiarity with the product, too. 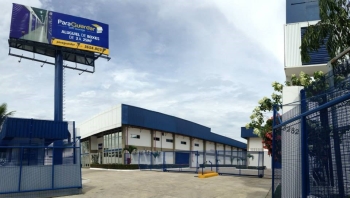 For example, while developing Para Guadar Self Storage in Manaus, Amazonas, Brazil, one of our first stops was a visit with the local zoning department. Fortunately, the city official we met was aware of GuardeAqui Self Storage in São Paulo. He liked the concept and design and wasn’t opposed to our proposed development. Other than a minor concern over the amount of coverage our mezzanine could use (60 percent at first, but later bumped to 100 percent), the project went very smoothly.

However, it still faces some bureaucratic issues. Para Guadar opened in December 2013, employing the largest billboard sign in the city. To date, the operator has yet to receive a permit for the sign.

“The difficulties, which I fear are not uncommon in Brazil, are about bureaucracy—the long, dragging process of getting the permits, the endless paperwork and so forth, mostly pertaining to the approval of permits and licenses,” says Rodrigo Coelho, who’s developing Guarde Legal Self-Storage in Pertolina, Pernambuco, Brazil. “On the other hand, there's no legislation regarding self-storage, which makes it so much harder.”

In Peru, self-storage is a big unknown; hence, it’s misunderstood and misinterpreted by authorities, making it difficult for developers to secure permits for projects, says one developer who wished to remain anonymous. He owns of a real estate company that’s developing local storage facility. “There is no zoning for self-storage, and unless you settle for an industrial site, you’re likely to enter into a lengthy debate with authorities without having a definitive outcome,” he says.

The key issue to address is whether self-storage is an industrial or commercial use. For this particular project, the developer had to relay information about the impact on the urbanscape, environment and traffic congestion, the required number of parking spaces, health and safety regulations for employees and customers, fire regulations and more. “These are all non-issues or easy to address in the U.S., where the business is commonplace.”

The developer decided to take the risk and bought a centrally located site with commercial zoning, which is the same for shopping centers. It then took more than a year to get the project approved. “However, there are no norms, and each municipality is different,” he says. “There is no guarantee that approval will be obtained within an agreeable period.” 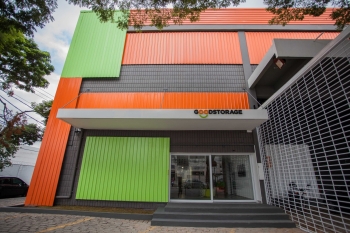 Although there are many challenges to developing self-storage in Latin America, there are also successes. Panama, for example, has perhaps the most lenient zoning and building codes on the continent. The low barriers to entry have allowed rapid expansion of self-storage in the country, which has a population of about 1.3 million. Though absorption has been relatively strong, rates have consistently remained on the lower range of the Latin market spectrum. 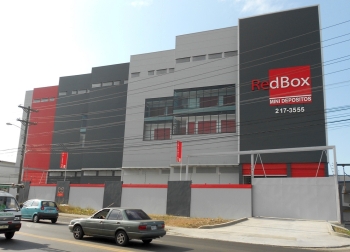 This summer, São Paulo officials instituted a new master plan, calling for increased development within 400 meters of a train or metro corridor, or 200 meters of a bus corridor. Within these zones, new buildings can be taller, and mixed-use developments will be encouraged. The new plan also recognizes areas that can be zoned for self-storage and addresses a more reasonable parking requirement. This can be a huge step in improving the process for future storage projects in the city. It’s also expected that other Brazilian municipalities will follow suit.

Though some significant challenges exist, patience can generate high yields. It also helps to navigate these high barriers to entry, which, for developers with an appetite for overcoming obstacles, can be rewarded with better than average returns.

David Blum owns and operates Better Management Systems LLC, a consulting practice he launched in 2003 to assist self-storage professionals worldwide with issues of feasibility, development and management. He’s worked in Europe, Greece and Israel, and currently has clients in Mexico, South America and the United States. Since entering the storage industry in 1996, he’s worked as a district manager for Storage USA and vice president of operation for Budget Mini-Storage in South Florida. He helped co-found the Florida Self-Storage Association in 1998 and is a frequent contributor to industry publications. He can be reached at 954.255.9500 or davidb@bmsgrp.com.