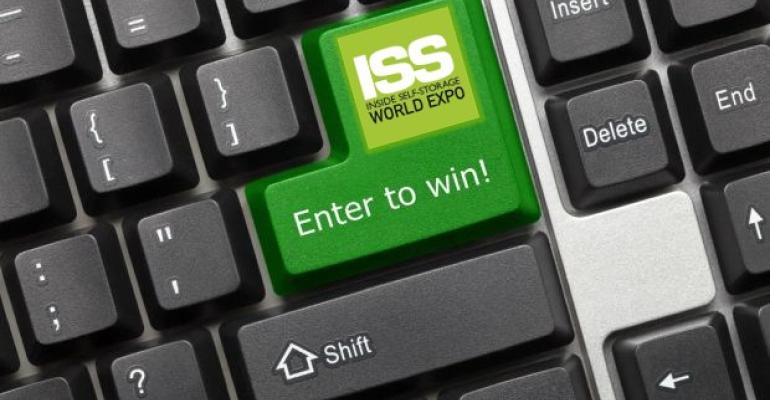 Update 1/22/18 – ISS announced the winners of its “Movie of Your Life” contest. The grand prize went to Anne-Marie Douglas (SST username amdoug4) for her entry “The Fight of Our Lives.” Her submission details the struggle to open and operate Lock’N’Key Storage in Newnan, Ga., which she co-owns and manages with her husband, Charles Douglas. “The ups and downs, while truly unbelievable at times, would make for a captivating drama,” Douglas wrote.

Second place was awarded to Kris Fetter (KrisinNC), manager of Outbox Self Storage in Charlotte, N.C., for the entry “You Have to Laugh.” The movie idea chronicles her life and how she “fell” into the self-storage business. The movie would include a cast of characters who became life-long friends, from the “ditzy blond” and a “gruff grandpa” to a “steady maintenance guy who can fix anything.”

Wendianne Rook (Birdie), owner of America's Best Self Storage in Leaburg, Ore., came in third place with “That Woman.” The hypothetical movie plot follows Rook from her early days as an entrepreneur through various jobs until she built her own storage business. “Sandra Bullock would play me because she is also witty, beautiful, smart, funny, classy, a bit crazy and driven,” Rook wrote.

“We’d like to congratulate all our winners and thank everyone who participated in this year’s contest. The entries were imaginative, and sometimes heartbreaking, but also inspiring,” said SST Community Manager Amy Campbell.

Details about the upcoming event can be found at www.issworldexpo.com.

12/7/17 – Inside Self-Storage (ISS) has launched a contest for facility managers that will award the grand-prize winner a free trip to the ISS World Expo in Las Vegas, April 3-6. Prizes will also be awarded for second and third place. Participants must submit an answer to the question: If they made a movie of your life, what would the title be, and who would star as you? Submissions must be made through the official Self-Storage Talk (SST) contest thread by noon Pacific Time on Jan. 15.

Submissions are encouraged to be creative and witty, though must refrain from profanity and any information that would be considered a copyright infringement. The ISS editorial team will select the three best responses. Winners will be notified on Jan. 19 and announced publicly via SST on Jan. 22.

The grand-prize winner will receive roundtrip airfare to Las Vegas from any destination in the continental U.S., along with three nights at the Paris Hotel & Resort during the expo. The prize also includes an All-Access Pass to the ISS Expo, which includes admittance to all events, including in-depth workshops. The winner will also receive a “Total Self-Storage Solutions 2018 Education DVD Package” from the ISS Store.

The approximate prize value is $2,600. The contest is sponsored by Chateau Products Inc., a manufacturer of locks and latch systems specializing in self-storage.

Contestants must be verifiable as a self-storage facility manager and a registered member of SST, the industry’s largest online community. For complete details and rules, visit the SST contest thread.

The ISS World Expo is created for self-storage owners, managers, developers, investors and suppliers. The event is the industry’s largest conference and tradeshow, comprising four days of education, product and service exhibits, and networking opportunities. Registration is now open for the 2018 expo. The best rates expire on Jan. 30.

For more than 26 years, ISS has provided informational resources for the self-storage industry. Its educational offerings include ISS magazine, the annual ISS World Expo, an extensive website, the ISS Store, and Self-Storage Talk.

These New Education Videos Will Help Self-Storage Managers Confidently Wear Their Many Hats!
May 24, 2022

Trapped! When a Tenant Gets Locked Behind Your Self-Storage Gate After Hours
May 17, 2022