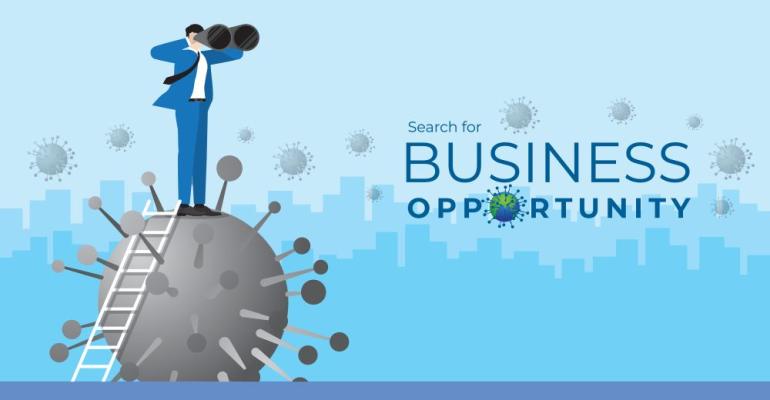 As we observe a full year under the impact of COVID-19, effects from the pandemic have created business opportunities for the self-storage industry. Read how shifts in remote working and relocation, among other changes, are emerging as market drivers.

As we observe a full year since our lives were upended by COVID-19, it’d be easy to dwell on all the negatives that have manifested during the last 12 months. Let’s face it, there’s been plenty. But for the self-storage industry, there are also reasons to be optimistic or at least pragmatic in looking at how the pandemic is shaping business opportunities moving forward.

For starters, consider the hundreds of thousands of people who suddenly found themselves working from home. Many self-storage operators have benefited from these folks having to clear out areas in their homes to create workspace. As the vaccines roll out and offices open back up, not all will return to commuting full time. Some companies are likely to at least keep some blended approach moving forward, which means many accidental self-storage tenants may very well be customers for the long haul. Survey results released late last year by freelancing platform Upwork Inc. suggest 25 percent of U.S. workers will work remotely this year, with the number of Americans working from home ballooning to 36.2 million by 2025, according to CNBC. If true, that would be an 87 percent increase from pre-pandemic levels.

Another offshoot of the remote-working phenomenon is an increase in full relocation. Between the start of the pandemic last March and October, 8.93 million Americans moved, according to an examination of U.S. Postal Service change-of-address data by the National Association of Realtors (NAR). Apples to apples, that’s a year-over-year increase of 94,000, which reverberates because of all the situational factors fueling the moves.

Moving data from Atlas Van Lines and U-Haul indicate that New York and California were hit hardest by people fleeing their states for cheaper places to live, according to CNN. The Bay Area (my neck of the woods) has been the epicenter for flight from California, with Austin, Texas; Seattle, New York City, and Portland, Ore.; being the top outbound destinations, according to moveBuddha.com, a moving-company booking website. The top four states that have benefited from Bay Area relocations are Texas, Washington, New York and Colorado. Meanwhile, Atlas reported that the top five inbound states for moves last year were Idaho, North Carolina, Maine, New Hampshire and Alabama.

What’s also interesting about this migratory behavior is the renewed interest in suburban living and small, affordable cities. Densely populated communities have certainly been at high risk for spreading COVID-19 during the pandemic, but part of the charge is also being led by older Millennials, who are nostalgic for some of the perks of single-family living from their childhood but also driven to bring some of their favorite urban amenities with them, according to NAR.

All this movement should translate to increased self-storage demand. Operators in Northern Nevada are among those who have reported strong business increases during the pandemic, and not just from new residents arriving from out of state. Business startups seeking somewhere to store inventory were also reported as a driving factor. Nationally, the number of startups increased by 9.6 percent between March 2018 and March 2020, according to Statista, whereas entrepreneurialism was relatively flat between 2016 and 2018. The economic impact stemming from the health crisis has been devastating to many businesses, but if the entrepreneurial spirit is continuing to fuel startups, then that’s another encouraging sign for self-storage operators.

Meanwhile, one also has to consider whether these shifts in living and relocation will also lengthen the viability for new development and facility-expansion opportunities in secondary and tertiary markets. In urban centers where many storefront businesses won’t return, there may also be self-storage opportunities through mixed-use projects that would be attractive to municipalities and allow boutique retailers and other service providers an affordable way to rent commercial space.

Elsewhere, we’ve already seen how the pandemic has pushed operators to improve the customer experience for rentals and move-in as well as quicken the adoption of new technology that adds tenant conveniences, bolsters security and enables better remote facility management.

There are still a lot of unknowns, but despite the hardships of the last year, the self-storage industry has proved itself essential and resilient. Those two factors, alone, should bring plenty of encouragement and motivation for the months ahead.

Plan Your Education Adventure for the 2023 Inside Self-Storage World Expo
Jan 31, 2023