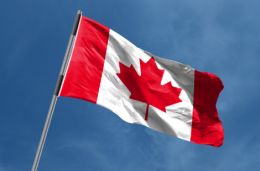 New Digital Issue on the Canadian Self-Storage Market
Gain insight to development and real estate activity in the Great White North, with advice from local experts.