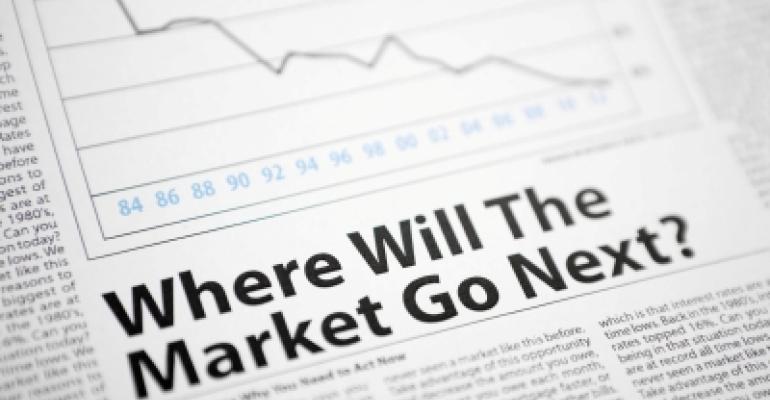 Self-storage owners interested in refinancing an existing or acquiring a new facility are always concerned with interest rates. Based on historical standards, today's rates are low. But is this an abnormal period of sustained low rates that will soon revert to the long-term mean interest rate," or have we entered a new norm, where all-in rates of 4 percent to 6 percent will continue indefinitely?

Self-storage owners interested in refinancing an existing or acquiring a new facility are always concerned with interest rates. Based on historical standards, today's rates are low. But is this an abnormal period of sustained low rates that will soon revert to the long-term mean interest rate," or have we entered a new norm, where all-in rates of 4 percent to 6 percent will continue indefinitely?

Because interest rates are critical to the financeability and value of a self-storage property, it's important to have a sense of where rates are today relative to where they will be in the short and long term. Rather than opine on where I believe rates are headed, I'll present the facts and let you draw your own conclusions.

Cap rates increase so investors can accommodate the new interest-rate environment while generating similar returns. However, because the self-storage real estate investment trusts (or other low-leverage buyers) can purchase with cash, the effect on interest rates may be tempered in markets where REITs compete. Secondary and tertiary markets will be more susceptible to changes in value due to increased interest rates.

With constant net cash flow and higher annual debt service thanks to higher interest rates, self-storage owners may be limited in terms of what they can borrow. In the example below, we assume that a 200 bps (basis points) increase in interest rate translates to a 150 bps increase in cap rate.

If inflationary pressure is causing rates to rise, this can sometimes work in a self-storage owners favor. Facility owners are well-equipped to respond in an inflationary environment by increasing rental rates  accordingly. While it's true that expenses will likely increase at a similar rate, the bottom line net operating income should grow with inflation, helping to offset increases in cap rates and stabilize facility value.

Currently the federal funds rate, LIBOR and the prime rate, as well as 5- and 10-year treasury yields, are at historical lows (see the accompanying infographics). Some argue these low rates are not sustainable and must eventually rise to historical averages, while others see this as a new era in which low rates are the new norm, due to international liquidity in the new global marketplace.

Note: The federal funds rate shown is the weighted average of rates brokered on trades, not the target rate as set by the Federal Reserve. The historical averages date back to 1954. Click here for a line-graph illustration of historical interest rates.

Predicting rates is like asking a sportscaster to predict which team is going to win the game. Regardless of what the team looks like on paper, there are infinite variables that influence the outcome. The same can be said for interest rates. Here are some factors that have a direct effect on rates.

Inflation is the one factor that will likely cause all index rates, both short- and long-term, to rise. Whether their debt is floating or fixed-rate, storage owners can expect their index rate to increase if there is inflationary pressure. Shock events that sharply increase the price of necessary goods like food, housing and energy can trigger inflation. With so much pressure on prices, its not hard to imagine how the United States could see a period of inflation.

Will inflation be an issue in 2012 and beyond? It's time to examine the data so you can make your own predictions.

Lets take a look at the yield curve, which highlights the relationship between interest rates and maturities. A sharply positive curve often indicates growth, with the potential for inflation. An inverted yield curve, with short-term rates higher than long-term rates, suggests a slowing economy with little likelihood of inflation. The current yield curve plotted in the accompanying graph is relatively steep slope, showing the potential for inflation risk.

The depreciation in the housing market in 2008 created a marketwide knee-jerk reaction. CMBS (commercial mortgage-backed securities) bond buyers were terrified of investing in commercial real estate, and spreads on those bonds skyrocketed from 30 bps to nearly 1,200 bps (see the accompanying graph). So clearly, market shocks can play a role in determining credit risk spread.

In addition, property- and borrower-specific drivers affect the credit spread. For instance, the leverage of the loan, the location of the real estate, the consistency of the income stream, the experience of operator, and the strength of the sponsor all have an effect.

Experts will offer their opinions about the future of interest rates, but it's very difficult to determine whether the current period of low rates is just an abnormal dip or, in fact, the new norm. If you conclude rates are abnormally low and will likely increase, it would be wise to lock in long-term, fixed-rate financing today. If you believe we have entered a new era in which rates are permanently low and could even go lower, it may be wise to wait and see.

Even for those who believe rates will remain low, there is 10-year, fixed-rate debt available with no prepayment penalty, creating a nice hedge against higher rates, while allowing for early refinance if rates decrease. Just remember: Even after considering all of the factors, your prediction will still be as reliable as that of a sportscaster predicting the winner of a game.

Devin Huber is a principal at The BSC Group, which offers financial and loan advisory, mortgage-brokerage and loan-workout solutions to commercial real estate property owners and investors, with a special emphasis on the self-storage market. Prior to helping found The BSC Group, Huber was a senior vice president at Beacon Realty Capital and a key member of the firms Self Storage Group. To reach him, call 800.605.7880; e-mail [email protected]; visit www.thebscgroup.com.

It’s Got Merit! Proving to Self-Storage Lenders That Your Project Can Succeed
Nov 25, 2022

A New Path to Self-Storage Acquisitions: A Virtual Strategy for Finding Investors and Partners
Nov 18, 2022