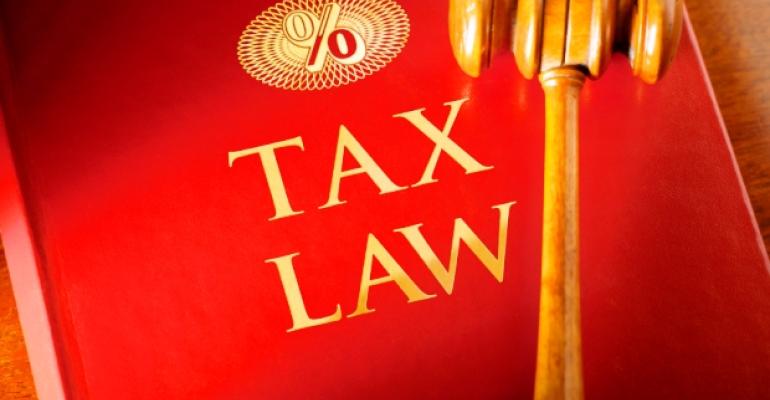 New tax regulations that went into effect on Jan. 1 have a number of safe harbors self-storage owners can use to deduct some maintenance. Learn how to accelerate depreciation on you facilitys improvements using a cost-segregation study.

Usually anything that occurs on Friday the 13th is associated with bad luck. Now, lets spice it up by telling you its an IRS announcement. However, this is good news for self-storage owners.

In September, the IRS issued the long-awaited Final Tangible Property Regulations. The complex set of regulations provides self-storage owners the opportunity to write off certain repairs, improvements and routine maintenance. Furthermore, a proposed set of regulations were also issued that allow a write-off equal to the adjusted basis of retired assets. As we revise our systems to accommodate the new rules, taxpayers can transition without fear of an IRS challenge for the next two years.

The new regulations are part of a process that started more than six years ago to align court decisions with treasury regulations. They were effective as of Jan. 1, 2014, and include a number of safe harbors that allow taxpayers to deduct costs that meet certain criteria, protect against audit scrutiny and reduce capital gains taxes. None of the new rules modify the benefits associated with a taxpayers ability to accelerate depreciation on improvements using a cost-segregation study.

A de minimis safe harbor has been established for all costs paid to acquire, produce or improve a unit of real or personal tangible property up to maximum of $500 per item (taxpayer without audited financial statements). This safe harbor can be used for the purchase of a computer, printer, cash register, tablets or other costs that improve a unit of property as long as the item does not exceed the maximum threshold.

If the taxpayer is a self-storage real estate investment trust (REIT) for which an audited financial statement is required, the benefit soars to a write-off of $5,000 per item. There's no limit to the aggregate amount that can be deducted. Caution: If you elect to capitalize and depreciate the costs, you may incur unnecessary capital gain taxes.

Under the new regulations, an amount paid for routine maintenance on a building is deductible if its recurring and anticipated over a 10-year period to keep the building structure or system in ordinary efficient operating condition. Routine maintenance activities include inspection, cleaning and testing of the building structure or each building system, and the replacement of damaged or worn parts with comparable and commercially available replacement parts. Activities are routine only if the taxpayer reasonably expects to perform them more than once during a 10-year period. Factors to be considered while determining whether maintenance is routine include the recurring nature of the activity, industry practice, manufacturers recommendations and the taxpayers experience with similar or identical property.

No matter how well the facility is laid out with posted warning signs, pavement directional arrows and pipe bollards placed in high-risk areas, buildings still get hit, doors are dinged, partitions become dented and replacement parts are required. Prior to the issuance of the new regulations, each time a self-storage owner replaced a panel or door, he had to capitalize and depreciated the property over a 39-year period. Now, if he can support that these purchases are routine due to the nature of the replacement, the costs may be deducted.

A small taxpayer is able to deduct building repairs, maintenance and improvements up to the lesser of $10,000 or 2 percent of the adjusted basis of the buildings For example, a five-year-old facility that originally cost $1 million has an adjusted basis of $17,400.

Of note, if the taxpayer has more than one facility in the legal entity structure, he may split up the properties and potentially double the safe-harbor amount.

If the taxpayer spends more than maximum allowed, hes not eligible. This safe harbor will prove to be useful if the amount spent is greater than the maximum threshold under the De Minimis Safe Harbor Election rule of $500 and the taxpayer does not qualify for the Routine Maintenance Safe Harbor.

If the taxpayer needs to replace a major component such as a roof or HVAC system, the proposed regulations allow him to write off the adjusted basis of the qualifying property. In the past, we were required to depreciate both the new and old components for the remaining life (up to 39 years). By taking the write-off immediately, youll reduce your taxable income and have more money on hand for the replacement.

Also, all costs associated with the removal of the legacy roof or HVAC system do not require capitalization since they dont enhance the value of the replacement. There are specific procedures and elections that must be followed in terms of identifying the basis of the retired property, which your accountant must follow.

Cost segregation has long been used by self-storage owners as a competitive advantage. The benefit of a properly completed cost-segregation study will translate into a significant reduction in federal and state income taxes.

Self-storage facilities make ideal candidates for cost-segregation studies due to the vast amount of site work. Improvements such as paving, sidewalks, storm-water drainage, curbing, fencing, etc., are specifically identified as a separate asset category with a reduced life (15 years) compared to a building, which is recovered over 39 years. Furthermore, there are other systems that can be depreciated over five- and seven-year periods, such as site lighting, movable partitions, security, access gates, computerized locking or alarm systems, etc.

The IRS encourages owners to use cost segregation by allowing them to modify the recovery period through the automatic-change procedure. The best thing about this is it allows the taxpayer to claim catch-up depreciation. This is the depreciation that could have been claimed in prior years had cost segregation been used since the original placed in-service date.

How much can you save with cost segregation? An owner of a 45,000-square-foot, single-story facility with depreciable costs of $62 per square foot (total of $2,790,000) can expect as much as 30 percent to be allocated to shorter recovery periods (15, seven and five years) instead of recovering the entire amount over 39 years. The tax affected reclassification is discounted at 6 percent, which yields a benefit of $130,000 over 15 years. The $130,000 represents additional investment income as a result of the deferment of taxes.

A brief discussion with your accountant could unlock the tremendous benefits available under the new and existing regulations. Doing it improperly may be costly.

Mark de Stefanis is president of Construction Cost Recovery Inc., headquartered in White Plains, N.Y. The firm specializes in such services as cost segregation with a focus on self-storage. To reach him, call 914.740.1995; visit www.ccrtaxaudit.com .