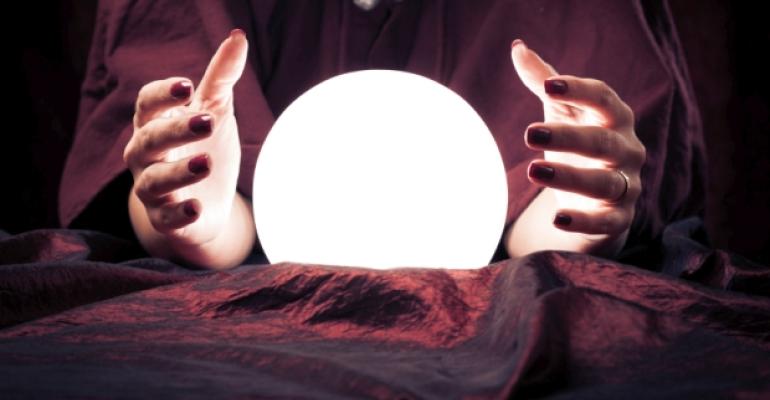 Though it may feel as though we’re nearing the end of a predictable 10-year lending cycle, self-storage borrowers remain on solid footing as we head into 2018. Here’s a summary of the common debt products available.

Editor’s note: This article was written in October. Due to the dynamic nature of the financial markets, the information presented could be subject to change.

Last year was strong for self-storage borrowers, and while it feels like we’re nearing the later innings of a predictable 10-year cycle, we’re heading into 2018 on solid footing. Decade-old loans are refinancing at historically low interest rates, and there are plenty of debt products to meet myriad rate, term and structural needs for acquisitions, refinancing and even new construction.

As always, it’s possible that unforeseen global events will fundamentally shift the economic landscape in unpredictable ways. Absent such factors—which go beyond the scope of this article—borrowers aiming to lock in longer-term debt and insulate themselves from potential rate increases should find many attractive options this year. Following is a summary of the common debt products available.

SBA loans have been available for self-storage since 2010, but have proven especially beneficial to owners in non-primary markets where traditional financing may be more difficult to find. They’re also useful for those looking to eclipse conventional leverage standards of 75 percent loan-to-value (LTV) or wanting to construct properties during this development cycle. There are two programs available for self-storage borrowers:

SBA 7(a). These loan proceeds can be used for acquisition, refinance and construction. Though loans through this program are typically variable-rate, commonly structured with a prime-based rate that resets quarterly, some lenders offer fixed-rate pricing. In either case, 7(a) loans are fully amortizing on a 25-year schedule, and they open to prepayment after the third year.

SBA 504. These loans are slightly more complicated in structure and are compartmentalized between a first lien, second lien and the owner’s equity. More specifically, a local bank provides the bottom 50 percent of the capital stack in the form of a first lien at conventional rates and terms. The second lien, up to 40 percent of additional project funding, comes from an SBA 504 loan, which is made available through a Certified Development Corporation (CDC). This component offers borrowers a low 20-year fixed rate (debenture rate) that carries a prepayment penalty for the first 10 years. When combined, the blended rate for borrowers is very attractive.

Historically, 504 loans were limited to acquisitions, but as of 2016, the SBA began offering a refinance option. These loans are available up to $13 million (potentially more) and can be structured with both a fixed- and variable-rate component. The 504 program also allows for construction, which makes larger class-A projects a reality through the SBA.

All-in rates for both 7(a) and 504 programs vary from lender to lender depending on a multitude of factors such as leverage, borrower profile and project strength. Borrowers should be aware that the processing, underwriting, approving and closing for an SBA loan can be time-consuming due to the document-heavy nature of any federal program. They should also expect to pay guarantee fees up to 3 percent of the loan amount, in addition to other closing costs customary with real estate transactions.

Overall, access to SBA financing has proven to be positive for the self-storage industry, injecting an additional source of capital and liquidity into the market.

Commercial banks are the largest originators of real estate loans, so it shouldn’t surprise us that they’ve been the primary source of capital for many self-storage owners. Banks are relationship-driven lenders that can meet a variety of borrower needs, ranging from shorter-term capital for construction, acquisitions or refinancing to longer-term, permanent debt.

The current regulatory climate means borrowers should expect an extensive credit review analyzing global cash flow (full financial picture), net worth and liquidity. A borrower’s ability to obtain a bank loan and the terms offered may be driven by the strength and tenure of his existing relationship with that bank. Regardless, he should be prepared to place operating accounts and other depository relationships with that bank.

Bank interest rates are attractive but vary greatly depending on factors such as loan term, borrower strength, leverage, etc. In October 2017, rates ranged from 3.5 percent to 5 percent on a fixed- or floating-rate basis on loans with terms from one to five years. To stay competitive and win deals, banks are increasingly offering seven- and 10-year fixed-rate term loans at competitive interest rates, often using a swap agreement. Bank amortization schedules are typically on the conservative side at 20 or 25 years, with leverage available today up to 75 percent LTV.

Banks typically require personal-recourse guarantees on almost all loans; however, the amount of recourse may be reduced or eliminated for lower-leverage loans under 65 percent LTV. Transaction costs for bank deals are generally very reasonable, and prepayments can be negotiated on a deal-by-deal basis.

First, whereas banks tend to be extremely relationship-driven, credit unions are more transactional in nature. Second, while most banks prefer to lend within a designated footprint that largely follows its presence or with existing clients, credit unions will lend nationally and often to a borrower with whom it has no pre-existing relationship. Credit unions are also cash-flow lenders and aren’t equipped to handle the complexities of construction or other transitional deals that may require draws, interest-carry, etc.

CMBS loans are designed to be longer-term and offer a non-recourse debt option for five-, seven- or 10-year fixed rates. They typically feature amortization schedules up to 30 years, often with an interest-only period during the initial term. They also allow borrowers to leverage up to 75 percent LTV in a first-mortgage position.

CMBS lenders prefer larger deals in primary markets but are also competitive for smaller transactions in secondary or even tertiary markets. Rates on CMBS products today are between 4 percent and 5 percent.

It’s noteworthy that CMBS loans are assumable. This is a nice feature that can be very valuable during a climate of rising interest rates. In terms of prepayment, they’re limited to yield maintenance or treasury defeasance. The implications of these rigorous options are less significant in a rising-rate environment, but borrowers should be aware nonetheless.

The closing costs on a typical CMBS deal average around $50,000, which includes all required third-party reports, lender and borrower legal documents, American Land Title Association survey, title, and other miscellaneous reports. There are several lenders in the market that offer streamlined yet competitive “fixed-cost” programs between $25,000 and $32,000 “all in” for loans up to $10 million. This has helped these loan products gain popularity with smaller-balance borrowers.

Life-insurance companies are active real estate lenders that, like CMBS lenders, allow borrowers to lock in longer-term rates than those typically available from more conventional lenders. Unlike CMBS lenders, however, these companies tend to be extremely conservative, preferring to lend on high-quality, stabilized assets in primary markets, and at lower leverage points. Further, life-insurance companies tend to gravitate toward institutional and experienced sponsors or those with strong personal balance sheets.

Given their conservative stance, life-insurance companies are notorious for stressing cash-flow underwriting and capitalization rates that are applied to determine value, resulting in loan advances of typically not more than 65 percent of actual value. Historically, many of these lenders have preferred larger deals, but given the competitive landscape, some are stretching for smaller ones.

The cornerstone of life-insurance companies is their flexibility. For example, while five-to 10-year fixed-rate terms are most common, these lenders can offer fully amortizing loan structures between 10 and 25 years. They have the capability to lock the interest rate at application and can offer more flexible prepayment options. Overall transaction costs are similar to those of CMBS. As of the fourth-quarter 2017, interest rates for life-insurance company loans were extremely attractive, typically ranging from mid-3 percent to 5 percent, depending on the term and overall structure of the loan.

The self-storage industry is in the midst of a hearty development cycle, and the availability of financing for new projects has been robust over the last several years. While banks are the most likely lending partners for a developer with a feasible project, SBA lenders and debt funds are also viable sources of capital.

Full recourse coupled with a completion guarantee is the most typical structure for construction financing; however, recourse burndowns may be available as a project nears completion. Non-recourse financing may be available for very low-leverage projects with institutional sponsorship, but that’s not the norm. Conventional lenders will typically advance up to 75 percent loan-to-cost (LTC) at fixed or floating rates, with interest-carry and operational reserves often built in.

The demand for self-storage construction has encouraged some non-bank lending institutions to launch competitive construction-lending platforms. For example, Jernigan Capital Inc. recognized the need for new product in select markets, offering up to 90 percent LTC on a non-recourse basis, under a participating debt structure for qualified projects. The company is selective about the projects it funds. Alternatively, borrowers may secure higher leverage financing through the SBA, as well as private debt funds that aren’t bound by the same regulatory constraints as FDIC-insured banks.

After many years of historically low and stable interest rates, borrowers should realistically expect that rates will begin to tick up as the economy continues to improve. Nonetheless, self-storage borrowers have an abundance of options. Barring unforeseen events that would dramatically alter the financing landscape, the window of opportunity should remain open to lock in on low rates with aggressive lenders looking to put money to work.

Maximizing the Conditions of a Hot Self-Storage Market: Selling Your Facility vs. Cash-Out Refinance
Jul 01, 2022

Tap into the Power of Private Money With This Self-Storage Investor Course
Jun 07, 2022