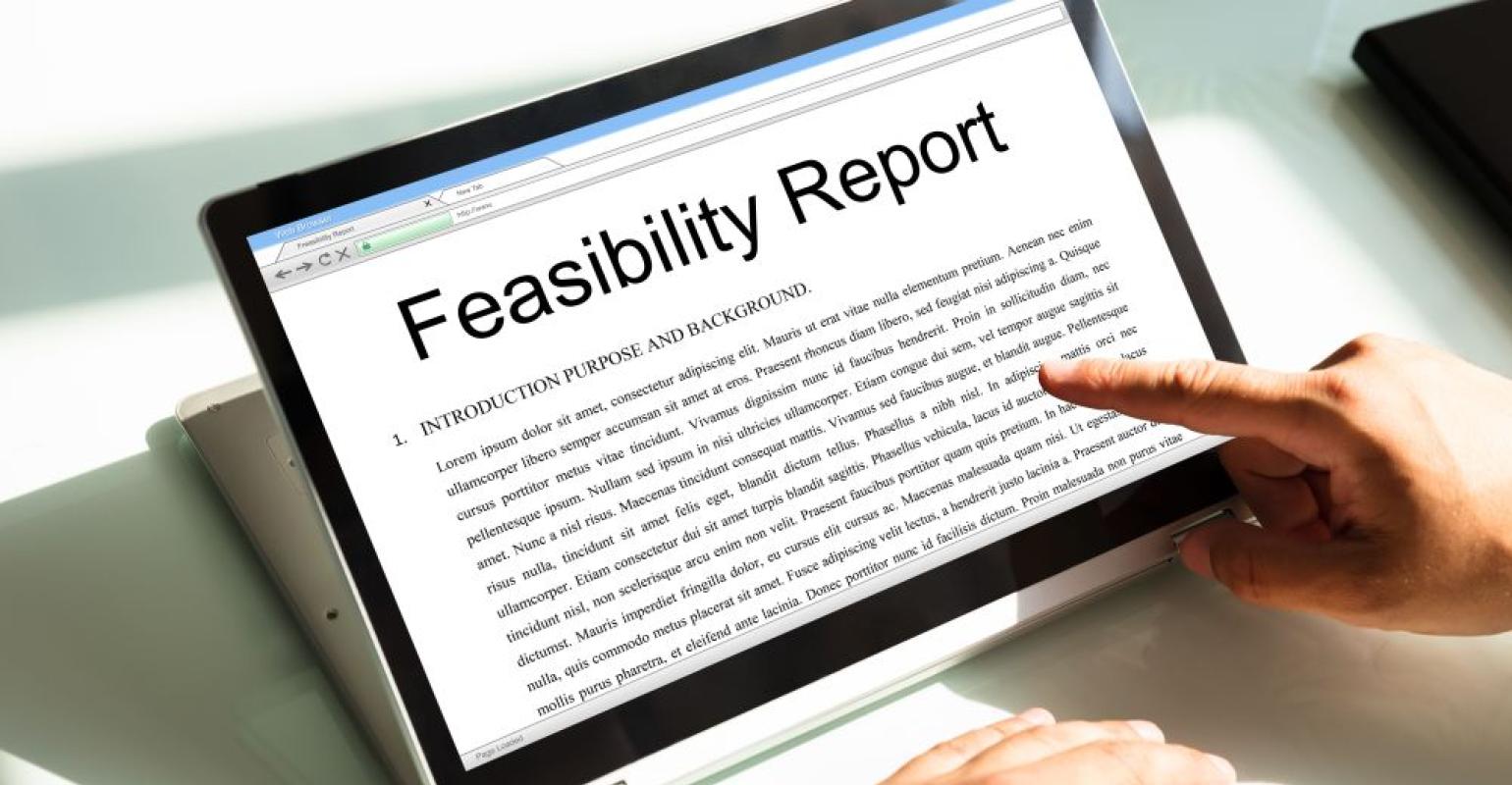 The True Value of a Self-Storage Feasibility Study: Insight From Industry Owners and Consultants

Though it can be enticing to forego a feasibility study when you believe you’ve found the perfect property for self-storage development, skipping it can be a costly mistake. Learn how a study protects your interests and what some industry owners and experts have to say about it.

I recently spoke to a self-storage owner who’s getting ready to build a new facility. When I asked if he was going to move forward with a feasibility study, he said, “Nope. My partner and I sat down over beers, and we decided we don’t need one.” As an industry consultant, I find that to be a mistake. But don’t just take my word for it!

I recently sat down with a few industry experts to get their take on the value and application of a self-storage feasibility study. To begin, let’s tackle the two main reasons owners and developers sometimes skip one.

Excuse 1: I Have the Perfect Site

Do you really? “Feasibility studies are necessary because of human nature,” says Brad Minsley, co-founder of 10 Federal Storage LLC, which operates several facilities in the Carolinas and Virginia. “When you are doing a deal, you want to interpret the data positively because you want to buy the property. That is fraught with risk. The benefit of doing a feasibility study is that you are engaging with an expert who does this day in and day out without any confirmation bias. Too often, developers and operators find themselves wanting to do a deal and needing to do a deal, and they end up doing a bad deal because they let confirmation bias sway their underwriting.”

Dan Hogan, owner of Hogan Self Storage in Pennington, N.J., made some surprising discoveries through his exploration. “Some of the information in my feasibility study was contrary to my intuition, specifically the data regarding Millennials and Generation X,” Hogan explains. “I was thinking Millennials don’t gather stuff and were not interested in self-storage, but the opposite is true. This directly impacted the future of my facility and how I should develop.”

Oscar Wilde once said, “A fool is a man who knows the price of everything but the value of nothing,” and Hogan concurs. “In my mind, it would be foolish to make a long-term decision about millions of dollars without spending money up front to make sure it is a good decision,” he says. “You don’t want to get too far down the road only to discover an issue you didn’t know about; and you’re stuck with the property, probably forever, because nobody else is going to want it either.”

For those who think feasibility is too expensive, keep in mind it’s a key piece to financing. “Whether you’re going to get funding through investors, a bank or crowdfunding, the first piece of information people are going to want to see is a feasibility study,” Hogan points out. “Unless you’ve got unlimited money and you can just roll the dice, a feasibility study is a vital part of every business plan. [Lenders and investors] want to know the strengths, weaknesses, opportunities and threats facing your facility, and that is essentially what a feasibility study gives you.”

Pursuing a self-storage development project without a feasibility study is good a way to save yourself thousands of dollars while setting yourself up to potentially lose millions. After 25 years in the industry, Dianne Tanna, co-founder of TNT Management, knows only one person who built a facility without a study. Her company has 60-plus years of combined experience in self-storage acquisitions, construction, management and property improvements.

“When I first met with this prospective client, I let him know we managed two other properties in the area where he wanted to build and that there was no depth of market there at all,” she recalls. “When he refused to do a study, I tried to convince him to change his unit mix to sizes I knew were in high demand; but he said it wouldn’t pencil. It doesn’t matter what pencils, if you can’t rent it!”

Fast forward to a few years later when this same owner contacted Tanna for help with lease-up. Unfortunately, many of the problems weren’t fixable. He ended up selling the facility and losing most of his personal wealth. Tanna remembers going through his financials and asking, “Doesn’t this make that $10,000 initial investment in a feasibility study look like nothing?”

Rare Cases When You Don’t Need a Study

There are two scenarios in which you may not need to hire a self-storage feasibility consultant: You have the data and expertise to do it yourself, or your market is so small that you don’t have competitors. 10 Federal now conducts its own feasibility research because the company has historical and current data from its 50 properties, according to Minsley.

“We take all the variables we can imagine that would impact the project’s feasibility and enter them into a regression model,” he explains. “That allows us to score new opportunities based on the performance of our trailing properties. This then becomes an unbiased algorithm allowing us to make informed decisions.”

There’s also a rare case in which the lender doesn’t demand a feasibility study. In Small Business Administration financing, a study is a requirement for 504 loan but not 7(a), according to Nick Collins, vice president of First Bank Financial Centre, which does hundreds of self-storage loans each year. Even then, First Bank would never deny a feasibility request from a borrower who wants one, he says. “A feasibility study may not be needed in tertiary or smaller markets when the bank and client can figure it out. These are typically smaller projects, usually around $500,000.

Here’s why any owner or developer who’s building a self-storage facility should pursue a feasibility study:

It tempers expectations. A feasibility study can help set reasonable regarding facility lease-up. “I want [my clients] to plan ahead,” explains Tanna. “That’s why I encourage them to do a feasibility study and be well-prepared. If they have a feasibility study and it says they are going to take two years to lease up, no one’s going to scream after a year, ‘Why aren’t we full?’ I try to be realistic as opposed to optimistic, so clients are not surprised.”

The market has changed. “Doing feasibility studies eight or nine years ago was different than in today’s market, with the [real estate investment trusts] building so many facilities,” Collins says. “More caution is needed going into new development deals than there was before. We’re heading into a time where some of the bigger projects that are being completed may not lease up as originally planned. It’s hard to say what will happen in this industry the next few years as far as larger developments go.”

It provides peace of mind. “Recently, we had a client whose first study came in a little lukewarm, so I recommended he have another one done,” Tanna says. “The second study was much more positive, and the investor and bank were then comfortable moving forward. Had the results come back negative, the client was prepared to look for a new site.”

It provides boots on the ground. Though there are online tools that can provide valuable insight to what’s occurring within a market, nothing replaces first-hand knowledge and experience. A remote or desktop study analyzes the supply and demand in a market without a physical visit to the trade area. “Getting a quick or remote study done might provide false hope,” says Collins. “An in-depth study that gives you the full picture is important.”

Typically, a full study includes an in-person site visit by the feasibility consultant to analyze market trends. The resulting report should include a specific unit mix, pricing and phasing recommendations as well as a complete financial model for the facility. This is the type of study most frequently required by lenders.

It guides marketing and operational decisions. A feasibility report offers value beyond just making a land or project decision. Its insight also applies to marketing and operational planning thanks to information about potential customers, local trends, demographics, competitors and more. “My feasibility study is a living document I reference and use for a lot of business-operational decisions,” says Hogan. “If I have a question in my mind, I can go back to [it] and see what to do. I refer to my study frequently for scientific information and data I can use for decisions.”

I hope I’ve shed light on the value a feasibility study provides. When building a self-storage project, it’s just smart to be as informed as possible and protect yourself against making poor decisions and investments.

Building It Isn’t Enough! Understanding the Value of a Self-Storage Feasibility Study
Nov 19, 2018