The Eye of the Beholder: 3 Methods for Determining Self-Storage Facility Value 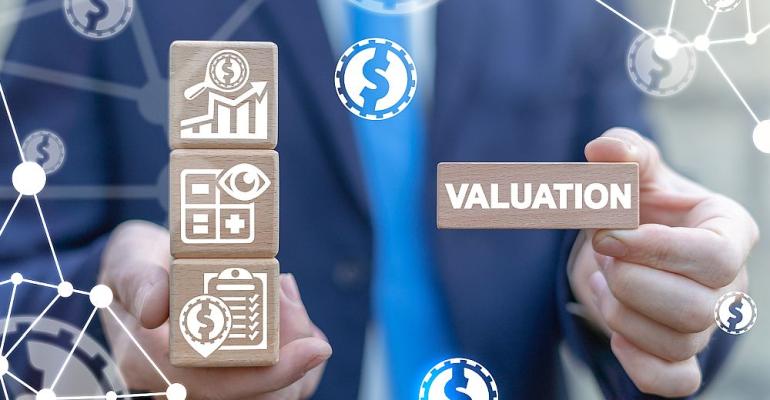 Is self-storage facility value a fixed thing or in the eye of the beholder? The author would argue the latter. This article examines three methods for property valuation and explains why sellers should see the numbers from the buyer’s point of view.

“The value is always in the eye of the beholder. What is worthless to one person may be very important to someone else.” ~Peter Ackroyd, Author of “Chatterton”

In the self-storage real estate game, buyers often undervalue facilities while sellers try to convince us their properties are built out of precious metals. To bridge the gap between the experience of the seller and that of the prospective buyer or investor, it’s paramount to understand asset value. That’s the only way to achieve a successful transaction.

True value is always in our rearview mirror since it’s never established until a sale occurs. Once a deal is done, projections can be confirmed, exceeded or undermined. Accurately forecasting value is a tightrope walk many owners don’t want to make alone, which is why real estate brokers still exist despite there being listing websites, social media and off-market solicitations that could be used to achieve a sale.

Even with the supposed expertise of a broker, you may see sheepish phrases in property marketing materials like “TBD by Market” or “Call for Offers” in lieu of an actual sale price. Despite these skirting phrases, offers will be met with feedback that alludes to an actual price existing behind the scenes.

The fear of being wrong and leaving money on the table—or worse, never generating a sale at all—often prevents a seller from showing their cards. It’s the proverbial “you first.” This dance can be incredibly frustrating for all parties because of the uncertainty and lack of communication it causes. Time is potentially wasted while an initial analysis is conducted to produce an offer that, in turn, is presented to the seller to be compared to some secret metric. This all just goes to show how difficult it can be to determine the value of a self-storage facility.

The perceived value of a property can be reached via three common methodologies: financial, replacement and utilization. Because self-storage is a commercial real estate asset as well as a business, financial performance is what most buyers and investors use.

A capitalization (cap) rate, expressed as a percentage, is often a singular metric used for self-storage value. It’s calculated by dividing the net operating income (gross operating income minus expenses) by capital expenditure (purchase price). Cap-rate ranges depend on asset class (A, B, C, etc.) and market type (primary, secondary or tertiary), and can be used to reverse engineer a facility’s purchase price (value).

This method has two primary challenges, however. First, not every facility’s expenses are the same. Smaller operators, who have no economies of scale, will have different costs than larger companies and real estate investment trusts. Expenses can also vary based on management style.

Second, it isn’t always easy to determine which cap rate should be applied, and the difference between percentages can be significant. Asset class and market type may be clear when dealing with a class-A property (climate-controlled, multi-story with a long remaining life span) in a primary market such as Chicago, Los Angeles or New York. When you look at secondary and tertiary markets, things can get murky. I like to define markets by population:

Lower cap rates are typical for primary markets, while higher cap rates apply to tertiary markets. When you look at asset class, defining a class-B vs. class-C facility harkens back to Mr. Ackroyd’s “eye of the beholder” observation. You need to consider the facility’s age, condition and amenities, such as climate control.

The second valuation method is replacement. A self-storage facility is a physical asset, and there’s value to the materials that comprise it. That isn’t to say replacement value is the sum of its components, though. Instead, it’s similar to the calculations made to determine insured value, meaning there’s a cost to rebuild a facility that can be used to argue a value of the existing property. That cost varies greatly depending on what you’re constructing. For example, parking stalls for boat/RV storage in rural Pennsylvania will be less than a three-story, climate-controlled facility in downtown Atlanta.

Depreciation also must be factored into a replacement valuation. When in the context of paying taxes this is governed by cost segregation and tax law, but it isn’t an exact translation with sales value. Looking at what it would cost to rebuild a self-storage facility while also accounting for existing wear and tear is an approach usually best suited for extreme value-add or lease-up scenarios, since the existing financials won’t likely support an accurate valuation of the facility using the financial method.

The third valuation method is utilization, or highest and best use. With residential real estate, there’s a greater range of options. For example, if single-family homes are selling for more than multi-family in an area, a three-apartment building could be converted to a single-family home. Another example would be warehouse space that is currently rented to a single tenant but could be subdivided or rented as indoor parking.

In self-storage, highest and best use refers to changes in facility use that could result in the property being worth more when applying the financial valuation method. For example, removing partitions from 5-by-10 units to combine them into 10-by-10s may result in higher rent per square foot, therefore making the property worth more. The changes could be made prior to sale with enough time for the financial implications to be realized. Similarly, the ability of the future owner to implement these changes would help support the narrative of a more favorable cap rate, despite the existing financials.

To be clear, utilization is valuing a self-storage facility according to its most profitable use of existing space and structure. Just understand that any costs associated with a change in utility need to be accounted for in the methodology.

Regardless of which method is used, self-storage valuation is an exercise in empathy. It should be framed in the context of what the property will be worth to the next owner. The historical performance of an asset doesn’t necessarily dictate its future, as occupancy and expenses are often contingent on management. In the end, value is what someone will pay based on how they’ll experience the asset.

When attempting to set the value of a storage facility you’re trying to sell, put yourself in the shoes of the buyer. The more you can see the asset from their point of view, the greater you’ll understand the value it has to them.

Steven Wear is chief marketing officer and director of acquisitions at Impact Self Storage, which buys and develops storage facilities nationwide, and vice president of Titan Wealth Group, which sources and syndicates off-market storage deals across the country. He graduated from the University of Illinois at Urbana-Champaign and lives in Chicago. For more information, email [email protected].

Clearing Up the Confusion of the Cap Rate: What It Is and How It’s Used in the Self-Storage Industry
Oct 04, 2022