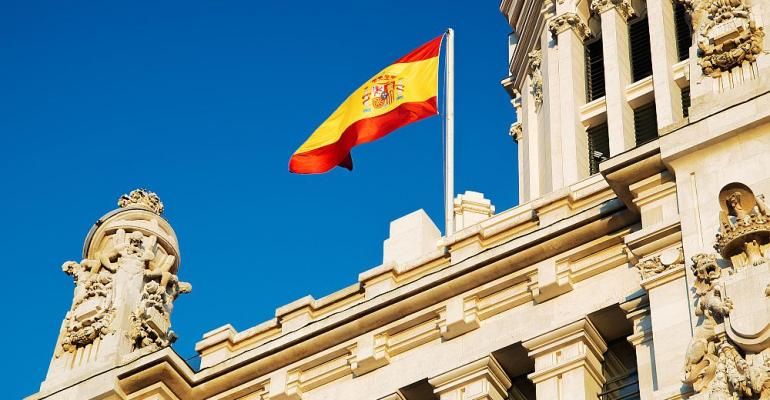 The Spanish self-storage market is the third largest in Europe, and it continues to grow despite the pandemic. The manager of the country’s industry association shares his views on market development, COVID-19 impact, challenges and predictions.

The self-storage industry continues to grow in Spain despite demanding conditions caused by the coronavirus pandemic. One reason is its appeal to new investors and entrepreneurs; yet, there are still obstacles to overcome.

What’s the state of the self-storage industry in Spain?

Nearly 12 percent of European facilities are in Spain. It’s the same percentage as France but still far from the United Kingdom, which has 37 percent. This makes Spain the third largest self-storage market in Europe and perhaps the one with the greatest growth potential.

In recent years, the amount of self-storage in Spain has increased 15 percent year over year; and despite the pandemic, this may be the trend for years to come. A large number of operations (more than 70 percent) are single-facility companies belonging to independent owners, even entrepreneurs, who look at this incipient sector as a way to build their own business or use it as a way to diversify their real estate holdings.

The communities of Catalonia and Madrid house more than 50 percent of the self-storage facilities in Spain; but interest in the sector is growing quickly in the rest of the country, too, not just primary areas such as Balearic Islands, Malaga, Seville and Valencia. This interest is a consequence of housing with reduced habitable space. Families need storage space, especially as more people work from home as a result of the pandemic.

What’s the status of new development in your market?

By and large, we’re seeing the most and fastest growth in small urban centers where developers can take advantage of building conversions at the street level and facilitate product awareness. In most cases, facilities are being built by independent operators, but interest in working under a franchise model is also rising.

There’s a clear opening in the industry for operators who have more than 10 facilities, but that gap will be filled shortly with new developments and the arrival of investors attracted by a clearly expanding market. Medium and large operators are taking advantage of rising real estate opportunities, as there are still huge warehouses and industrial buildings available.

Most developments will require significant design and adaptation to optimize the offer mix and desired profitability. Even so, business plans still show great opportunities in Spain. Many consultancy firms specialize in these tasks, and their success rate is quite high. At this moment, given the existing supply of reusable buildings, ground-up development is having very little impact on the big picture.

What challenges does the storage industry face in Spain?

It faces many challenges, but the main ones are bank financing and regulation. Financing is proving relatively scarce due to the economic context and lack of knowledge about the operation of self-storage businesses. However, private investment funds are penetrating the market, which has a very good profitability rate and is eager for an economic injection that will allow it to grow.

Self-storage is still a young industry in Spain and suffers from a lack of clear legislation. Municipal officials lack knowledge of its operation and are, therefore, reluctant to grant new licenses. Longer planning is to be expected when pursuing new opportunities. Additionally, urban-planning legislation, with several autonomous communities, sometimes makes expansion and growth difficult for independent operators; so, these medium and small companies tend to remain regional, growing in their already familiar environments.

Thankfully, we don’t consider product awareness to be a problem of the first magnitude. At this moment, self-storage use is rocketing, and not only in dense population areas such as Madrid, Barcelona, ​​Malaga and Valencia. It’s already showing clear signs of assimilation in neighboring areas where its knowledge and use is expanding. There’s still a long way to go before self-storage becomes a commodity in Spain, but operators and suppliers working together under the umbrella of the AESS is a key to achieving greater dissemination of information.

How has the industry been affected by COVID-19?

The Spanish political and legislative context is complicated. Early on, companies had to adapt to this new reality with continuous changes, cross information, and new rules from regional estates and various departments. AESS launched a huge effort on behalf of local self-storage operations, increasing communication with the authorities to facilitate knowledge sharing and adaptation.

Fortunately, the self-storage sector is stable when facing macro-economic swings. Some would say it’s counter-cyclical. Though it didn’t emerge unscathed and not all occupancy objectives have been met, overall business volume has suffered only a slight decline.

What are your predictions for the future of self-storage in your region?

Self-storage is far from a mature industry in Spain, but private and professional use is growing, and constant communication efforts made by the sector are achieving better product knowledge. Also, new business and work models emerging from the pandemic are creating self-storage opportunities. Home offices, small companies with Internet distribution, commercial personnel, etc., are showing up as growing market niches.

Here are just a few figures to keep in mind: An analysis of the Spanish industry shows the average rental price per square meter is the same as the European average; but surprisingly, our maximums are above those of more developed markets such as France or Ireland. Even more shocking, they’re slightly above those in the U.K. Still more telling is the average occupancy level, which is continuously above 80 percent, despite annual growth of 15 percent in the number of facilities. This reveals Spain as a quickly developing market, and investors are already positioning and acquiring active facilities as well as planning new developments.

Within the regulatory context, there’s still much work to be done. The next few years are going to be extremely important for the configuration of this sector in Spain, and AESS is going to play a main role in bringing together and structuring conversations with authorities.

With all this information at hand, we can confidently say there’s an imbalance between supply and demand, which means good business opportunities!