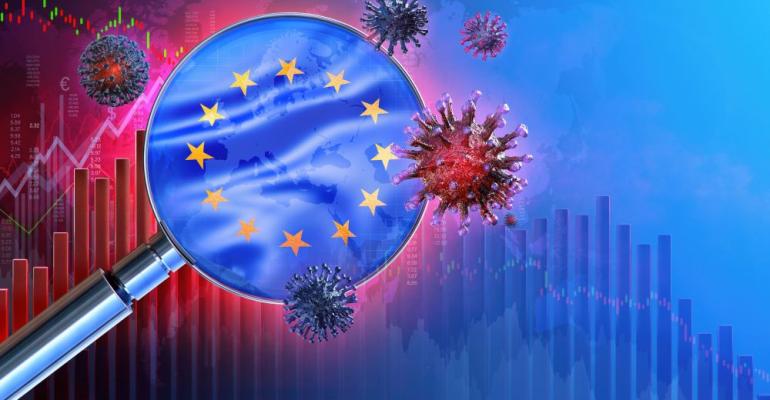 The self-storage industry is still flourishing in Europe, despite the coronavirus pandemic. It isn’t without challenges, but growth continues. Here’s an overview of activity and performance in the region from the Federation of European Self Storage Associations.

The self-storage industry in Europe continues to show strong growth, and the COVID-19 crisis doesn’t appear to have significantly impacted it to date. At the time of this writing in late summer, many facility operators are recording better results than at the same time last year, and development and acquisition projects are continuing. There’s also increasing interest from institutional investors.

Let’s take a deeper look at what’s happening throughout the European self-storage market.

Self-storage is now present in almost every European country. The number of stores in Europe has basically doubled in the past five years, and the amount of storage space has increased by more than 50 percent. There are approximately 4,600 facilities across the continent, representing more than 118 million square feet of space. This equates to around 0.22 square feet of space per person, though it’s much higher in more developed markets such as the United Kingdom, which has 0.73 square feet per person.

The northern countries like France, Germany, Netherlands, Sweden and the U.K. have the most developed markets. The U.K. makes up 37 percent of the European market, France 12 percent, Netherlands 7 percent and Germany 6 percent. Spain has seen significant growth in the last few years, especially outside the major cities of Barcelona and Madrid. It now makes up 12 percent of the market.

Europe is very much a series of micro markets. Efficiency can be affected by different languages, legal systems, planning laws and sometimes currencies between countries. Each region also has a slightly different customer mix and requires unique marketing campaigns.

Shurgard Self Storage Europe SARL, the European affiliate of U.S.-based real estate investment trust Public Storage Inc., is the largest operator in Europe, with more than 200 stores in seven countries. The only other operator with a significant presence across the continent is Safestore Holdings PLC, which owns or manages stores in Belgium, France, Netherlands, Spain and the U.K. All other storage companies operate within a single country or region.

Most self-storage businesses in Europe are privately owned, though there are more choosing to list on the stock exchange. The most recent of these being Sweden-based 24Storage and Shurgard. There are now six self-storage companies listed on European stock exchanges and one U.K. operator owned by Stor-Age REIT, based in South Africa. All are performing well despite the challenges of COVID-19 and the general depression of the market.

The level of interest in self-storage from institutional investors in Europe has certainly increased in the past few years. Some of the more significant partnerships include The Carlyle Group joint venture with Safestore, which has expanded into new markets. Investment firm Legal & General has also entered the U.K. market, acquiring and developing properties to be managed by the SureStore group.

Other institutional investors are looking to enter, however, suitable acquisitions remain scarce. The industry has largely consolidated, stripping out many of the middle-tier operators. Investors may prefer to buy a portfolio with 10-plus A-grade stores, as it allows them to gain instant presence in a market; however, there are previous few. Instead, many investors are forced to develop their own stores, or purchase single stores or small chains, which takes more time and often doesn’t suit their investment model.

Meanwhile small, independent operators continue to build new sites or expand existing holdings in their own local markets, particularly outside the major cities. There’s also an increasing number of container-based storage companies joining the market. This is seen as an easy, low-capital entry point, though changes to taxation and planning laws in some countries are making it more difficult to convert vacant land to a container-storage yard.

Lack of suitable and affordable land remains the biggest barrier for development in the European market. The publicly listed companies have relatively low levels of debt and access to capital when the right properties become available. Independent operators are also finding it easier to get bank financing, particularly when they have an established facility and brand.

This lack of land has contributed to relatively stable industry growth, with few issues of oversupply. In fact, despite all markets having significant growth over the past three years, they have almost all increased their rental rates, return per square foot and occupancy rates. This indicates demand for the product is growing faster than supply, even though awareness and understanding of self-storage remains low in developing markets.

Occupancy rates vary between countries. Italy is down at 75 percent while France and the Netherlands are approaching 85 percent. Despite the political uncertainties of Brexit and various changes in government in some countries, the industry has remained a positive performer in the alternative asset sector. The recent COVID-19 crisis has reinforced this, with the industry continuing to perform well while most other asset classes struggle.

Each country has dealt with the COVID-19 crisis differently. Some, like Belgium, enforced strict lockdowns early and even went into a second lockdown as cases increased. Others, such as Sweden, took a more relaxed approach, banning only larger gatherings and advising people to socially distance where possible. In all but a few places in Germany and Italy, self-storage continued to operate, though there was less activity in the stores and, in some cases, customers could access their units only by appointment.

Self-storage provides support to some essential services but also to online traders and other small businesses, so it was deemed essential. It was also considered low-risk, with limited contact between customers and staff and no gatherings. Many stores moved to online contracts and move-ins so customers could rent without interacting with facility staff. Common areas like keypads and loading areas were regularly cleaned and disinfected, and staffing rosters were changed to keep minimum staff on site. Some stores were able to operate remotely.

Move-ins and -outs dropped to around 40 percent of normal trading during the height of lockdowns. Income, however, was largely maintained. Occupancy only dropped around 2 percent, and revenue was down only 2 percent. In some cases, revenue was maintained at normal levels.

As soon as lockdowns started to end, inquiries soared to record levels. Move-ins picked up almost immediately while move-outs took more time to return to normal. This meant that, in most cases, stores were at a better occupancy after the lockdown than at the start of the year. Most held off on rent increases during lockdown but reintroduced them during the summer.

Revenue is also back up to pre-March levels. There was a small increase in bad debts or write-offs, but it was marginal. While summer is usually a good season for self-storage, many stores reported better 12-month results than in previous years. So, the overall impact of the crisis was negligible, and some operators would argue their business benefited slightly from the pandemic.

Of course, the long-term economic impact of COVID-19 is yet to be felt. Some commentators are predicting the deepest recession in centuries. Some businesses are folding and making staff redundant as government subsidies are removed and the impact of social distancing and working from home affects various sectors like retail, events, live performances, leisure and travel. They’ve been hard hit and will continue to struggle for some time.

Still, there are a lot of trends in play that benefit self-storage: Online retail is increasing, and businesses are storing more stock. The pandemic has caused some relationship strain in couples, which can lead to divorce. Some people are preparing to permanently work from home and need space for a home office.

On the investing side, businesses like student housing, car parking, hotels, dry cleaners, nightclubs and airports are all showing heavy losses with long recoveries. As a result, self-storage investors and developers are hoping to capitalize on a changing commercial real estate landscape, which may open more property.

All in all, there remain many growth opportunities for self-storage in Europe, in 2020 and beyond!