An Inside Look at the German Self-Storage Market 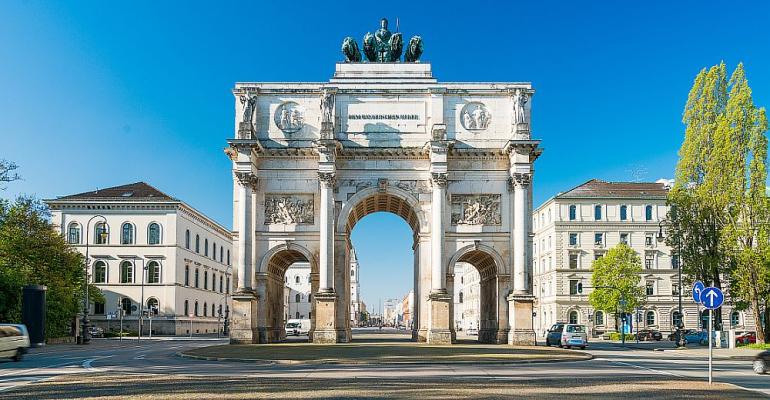 Learn about the German self-storage market, including trends in development and demand, from a local operator with three facilities and a five-year industry history.

It’s been five years since I entered the German self-storage market, and I’m astonished at its progress, both in the number and location of facilities being built as well as how they’re operated. In my short time here, I’ve seen the number of properties double, a moderate shift from developing in capital cities to smaller markets, and the emergence of some impressively modern buildings and business models. It’s a very exciting time to be in Germany for many reasons, but mostly because of the immense potential and capacity it still has for future self-storage projects.

The Move to Smaller Markets

When we started out, ours were the first self-storage facilities in two of the three German cities we entered. These areas weren’t small by any means—roughly 300,000 people within a 10-kilomter radius—but most other storage companies were building in the biggest cities. We had a strong conviction the product would work everywhere and was only just beginning to grow, so our business model was based on being a first-mover in as many smaller areas as possible. 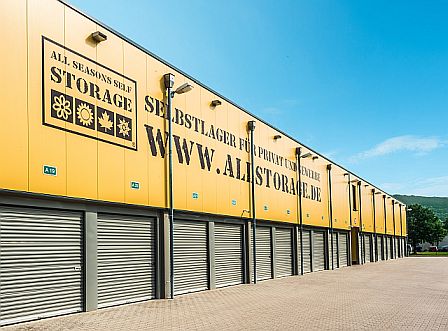 All Seasons Self Storage in Porta Westfalica, Germany

Although we’re still the biggest operator in our locales, many other smaller operators have caught on to the industry. More notably, some of the larger ones have started moving into the suburbs. For example, Germany’s third largest operator recently bought a great development site in a southern city of around 120,000 inhabitants.

It goes to show the initial uncertainty about the viability of self-storage in smaller markets is starting to dissipate, not because money is chasing returns, but because the model has proven to be successful. This naturally opens huge potential for development, as Germany is one of the most underserved countries in Europe in terms of self-storage per capita (0.007 square meters here compared to 0.067 in the United Kingdom.).

I think German self-storage operators will benefit. The U.K. leaving the European Union (EU) (trying to leave? talking about leaving?) has caused a flight of capital from the U.K. and Europe to safe-haven currencies, most notably the U.S. dollar. It’s suddenly cheaper for foreign operators and money to come into countries like Germany and buy assets. Not only has self-storage proven to be a great investment, there are now currency gains to be had on top.

As I write this, the U.K. parliament has passed a law requiring that the prime minister, Boris Johnson, ask for an extension of the Brexit deadline if no deal has been agreed to by Oct. 31, 2019. There were many Tory dissenters who supported the bill and were subsequently thrown out of the party by Johnson who, in doing so, took his slim majority in parliament to a minority.

It would seem there’s no appetite for a disorderly U.K. exit from the EU. While the unexpected can occur, it’s far more likely that this whole thing will end with a nice agreement, or perhaps a new referendum, and business will continue as usual, improving the economies and currencies that suffered under the uncertainty of the situation.

When I was getting my MBA, I wrote a business plan with a colleague who now operates Belgian self-storage company Cobalt Box. In it, we attempted to forecast long-term storage demand for Belgium and Germany. As a basis for comparison, we used the U.S. as the anchor, looking at some of the fundamentals that drive self-storage use like disposable income, urbanization and population mobility.

We were a bit surprised when we collected all the data. Anecdotally, it’s said that Europeans move around a lot less than Americans; but you might be surprised to know that in 2016 and 2017, 17 percent of the German population moved homes compared to 11 percent in the U.S. In terms of disposable income, Germans had $25,754 (using an average exchange rate for the year) and Americans had $39,155. The urbanization rates for Germany and the U.S. were 75 percent and 81 percent, respectively.

Using no scientific method whatsoever, we decided to assume the demand for self-storage in Germany was only 10 percent of what it was in the U.S., which would imply a saturation rate of 0.0878 square meters per capita (slightly less than 1 square foot per person). In this case, the implied demand in Germany would call for an additional 6.7 million square meters of rentable storage space to be built, or 2,400 facilities with 3,000 square meters of net rentable area.

Again, it’s a very exciting time to be in the German self-storage industry. It’s becoming an institutional asset class here and other parts of Europe. Larger companies are venturing into smaller markets, and I think we’ll start to see a lot of consolidation as well as development. Real estate prices are climbing, so there are some headwinds; and there remain questions over the local economic engine.

Still, self-storage has proven to be resilient and can do well in most environments. I’m looking forward to what the next 20 years will bring and think it’s a great time to engage in self-storage!

Todd van Steenwyk is a co-founder and managing partner of All Seasons Self Storage, which operates three facilities in Oldenburg, Osnabrück and Porta Westfalica, Germany. Having started his career as an equity analyst, he’s been involved in the German self-storage industry for five years. He earned a Master of Business Administration from the IE Business School in Madrid, Spain. For more information, visit www.allstorage.de.