As the European self-storage market matures, it faces several challenges. In this article, the CEO of the Federation of European Self Storage Associations explores the impact of language barriers, land scarcity, a lack of standard regulations and more.

Europe was a relative late-comer to the self-storage game. After the industry emerged in the United States, it moved to Australia and New Zealand before making its way to the United Kingdom and, finally, Continental Europe. The pattern of growth, however, has been similar: A few innovative entrepreneurs kick-started the business, followed by the entrance of some larger operators with significant capital who increased awareness of the product. This led to more small and mid-size operators, who ultimately offered the larger players acquisition targets, and the industry began to consolidate.

Today, there are more than 3,200 self-storage facilities across Europe, more if you count the small container-based sites. The industry is maturing, but with that growth comes challenges. What makes self-storage unique in this region, and what does the future hold for this market?

Despite the European free market, the self-storage industry remains fragmented. There’s no single operator that has coverage across Europe. Shurgard is the only brand that has any significant presence, with stores in seven countries. However, while it has sites in many of the major markets, like Germany, Sweden and the U.K., it has less of a presence in South or East Europe, with no stores in Italy, Spain or Switzerland. All the other operators have stores in only one or two countries, or a single region such as the Nordics. 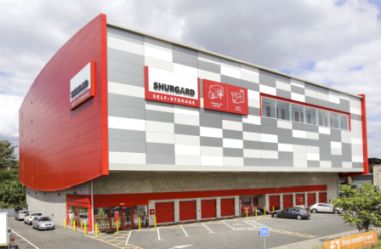 Europe is really made up of a series of submarkets. Each has its own major brands, mid-tier operators and small independents. The language barriers are a major reason for this, making centralized management and the use of customer-service call centers more challenging. Language also limits operator marketing campaigns. Differences in building and planning laws, staff entitlements and other local laws also make it difficult to operate across countries.

Looking at each country in isolation, you’ll see significant variances. For a start, markets like the U.K. (0.65 square feet of storage per person) and the Netherlands (0.54 square feet) have significantly more supply than Italy (0.03 square feet), Germany (0.06 square feet) and even Spain (0.21 square feet).

Knowledge of the product differs greatly across Europe, with solid and growing awareness in the Nordic countries as well as the Netherlands and the U.K., but much lower public awareness in other regions. There are many Europeans who have a potential need for self-storage but aren’t considering it as an option because they’re simply unaware of it. Or, they might also fail to understand the fundamentals of storage use, such as “you lock it and keep the key.” This is an ongoing challenge for the industry.

The lack of awareness is also partly a language issue, as “self-storage” is an English term that doesn’t always translate into other tongues. In English, the name is a very clear descriptor of the product. In other languages, it often gets translated into terms that also mean warehousing. It might even be interpreted as a place where people are stored!

The real estate market has limited the growth of the European industry. There’s simply less land available for development than in the U.S., and it’s usually more expensive. Operators need to maximize the return on their footprint, which usually means building multi-story facilities and offering few drive-up units. The traditional ranch-style developments found in the U.S. are almost non-existent in Europe.

The limited number of disused warehouses and industrial buildings suitable for conversion into self-storage were largely taken up in the early years of the industry. Operators looking to acquire properties for larger storage developments often compete against other retailers, supermarkets and residential-development speculators. These days, they quote the lack of suitable property as the main limiting factor to the growth of their portfolios; whereas three to five years ago, they likely would’ve said limited access to funding was their greatest inhibitor.

For the last three years in the U.K., demand for the product has grown faster than supply. While this is good for existing operators who can push occupancy and revenue, it shows developers are struggling to find suitable sites. That’s not to say the industry isn’t expanding; it certainly is growing through the expansion of existing sites and new development. Even in markets like London and Paris, we’ve seen significant new sites open or begin construction in the past 12 months.

However, more new developments are being pushed into secondary cities or outer metropolitan areas where suitable property is readily available. We’re also seeing a growth in container-based operators who use this as a low capital means of entering the industry. They can offer drive-up solutions that often suit tradespeople and other commercial operators.

Across Europe, the industry is self-regulated, which means there are no storage-specific laws or other legislation. Broad consumer-protection and contract laws provide the only legislative framework. This reduces administrative costs and allows more flexibility in terms of dealing with operational issues such as delinquent units. However, it also means the rental contract needs to be watertight, as this is often the sole document to defend against legal challenges. The industry associations provide standard templates for customer contracts and work to maintain a best-practice standard for the industry. 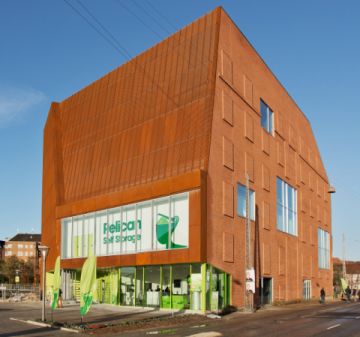 Another downside of being self-regulated is there are limited guidelines regarding planning and construction. This essentially means operators often must contest the same planning issues in different jurisdictions, as there’s no overriding document of rule.

The Future Is Bright

Industry challenges remain in terms of increasing awareness in the marketplace and bureaucracy. However, on balance, the European market appears to be heading into a period of prosperity. The financial crisis of 2009 is a distant memory, and the industry showed its resilience during this time. Building constraints are helping to control supply while demand continues to grow. Ongoing political and economic uncertainty is becoming the new normal, and businesses are moving forward regardless. Publicly listed companies are performing well, offering solid dividends and experiencing growth in value.