U-Store Management Corp. partnered with Sign of the Times Cultural Workshop and Gallery to restore “The Washington Mural,” which adorns a wall at a U-Store Self Storage location in Washington, D.C. The refreshed artwork, which celebrates the arts and music history of the nation’s capital, was unveiled on July 17, according to a press release.

The original mural was created by late artist Alex Matterson in 1989. The restoration was performed by muralist Jerome Johnson. Both projects were coordinated by James Greggs, founder and executive director of Sign of the Times, a nonprofit cultural-arts organization founded in 1970 that’s dedicated to raising the self-esteem of at-risk children, according to its website.

In addition to financial contributions from U-Store, the project was funded by a grant from the DC Commission on the Arts and Humanities. Home Depot and Benjamin Moore also provided support, the release stated. 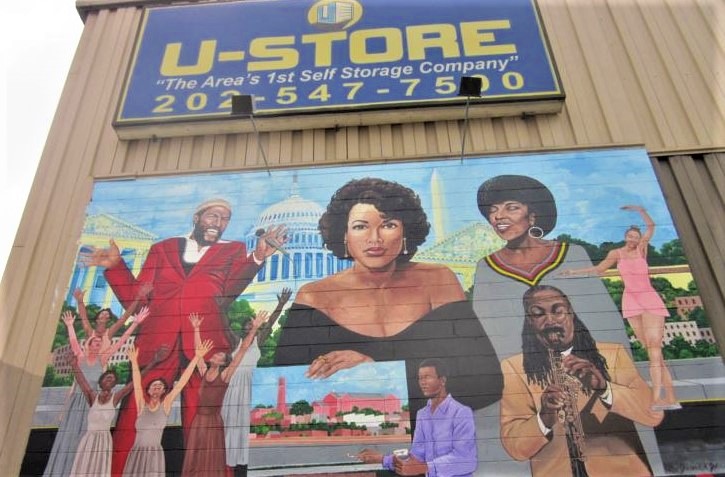