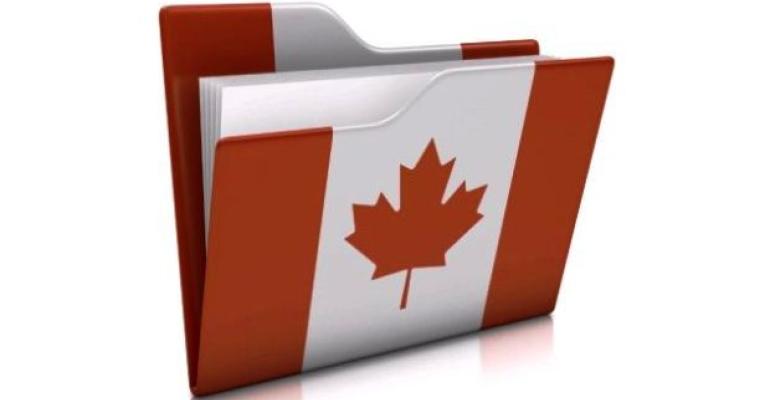 The Canada self-storage industry has entered some very new operational, financial and legal territory this year. From court action to taxes to TV appearances and more, here's insight from the Canadian Self Storage Association about local happenings that continue to take shape.

Summer 2013 is now in the books, and a recap of self-storage activity in Canada would appear typical for the season. But if you peel this onion, youll find the Canadian industry broke ground on some very new terrain. From court action to Hollywood hopefuls, heres insight from the Canadian Self Storage Association (CSSA) about local happenings that continue to take shape.

While Canadians enjoyed a gorgeous summer, the CSSA legal team was hard at work preparing its case against the Canada Revenue Agency (CRA). In 2009, the CRA took one particular self-storage operator to task, assessing fines and penalties on his seven-year-old, 450-unit facility. Total expenses, including accounting and legal fees, were in excess of $500,000. Eventually, the operator had to sell the business to cover his costs.

For the first and only time, the CRA cited a decades-old tax law to claim that this very competitive and active self-storage operation was truly operating as a passive business. The fact that the operator had an extremely busy day-to-day operation involving unit rentals and vacates and other sales activity to keep his facility full and profitable seemed to fall on deaf ears. Claiming the operator had been incorrectly filing his taxes, the CRA charged him three years of back taxes and other fines.

The CSSA is intent on going to court to set a precedent that establishes, once and for all, that self-storage is a very active enterprise. A win will allow the association to lobby the national government and CRA to correct the tax law so it properly reflects our business operation. This will ensure self-storage operators are taxed at more favorable rates that better recognize their daily contributions to the economy.

The court dates will likely be set for next spring. Canadian self-storage operators are encouraged to contact the CSSA administrative office and make a donation to this ever-important campaign.

Self-storage operators in Ontario breathed a sigh of relief this year as they stepped forward to pay their property taxes. Relief came from a CSSA-led battle to maintain property assessments on the current cost approach for appraising real estate.

The Municipal Property Assessment Corp. (MPAC) continues to look for justification to move to an income approach, which would result in significant consequences to property assessments and, ultimately, taxes. Moreover, this approach would heavily penalize well-run storage operations that have been able keep costs low and revenue in place during already trying times. The attempted shift would be extremely backward.

The CSSA Ontario Property Tax Committee continues to provide guidance on the issue. MPAC is now taking a softer approach and encouraging self-storage facilities to submit their information on a voluntary basis. The CSSA reminds operators that they have rights, and those in Ontario are advised to speak with the association to find the best way to proceed. By working together, operators can help to ensure property taxes are calculated in a more fair and equitable manner.

The first of 36 episodes of "Storage Wars Canada" premiered on Aug. 29. The show, which originally started in California in 2010, has finally made its way north, with all the current episodes filmed in Ontario. Reports of significant fanfare have already been noted, and the filming portion has been off to a good start.

With an all-new, all-Canadian cast, the show has been generating activity and resulting in greater attention at Ontario self-storage auctions. Time will tell if the show can create a similar buzz to that of its U.S. counterpart.

With the advent of "Storage Wars Canada," theres no better time for the first release of the "CSSA Liens Sales and Best Practices Guide." Given that Canada operates without industry-specific lien laws, the CSSA has put together a best-practices guide and checklist. When integrated with the contract law in a facilitys lease and put into operational practice, it will be an operator's strongest ally in conducting fair and proper lien sales.

Once the guide is released, operators will be encouraged to have their own attorney review the practices and put them into alignment with their tenant contracts and facility practices. By assisting facilities with clear process and purpose, the CSSA believes the industry can have a fair but effective way to deal with tenants who default from the terms of their contracts. The first edition was presented at the CSSA Alberta Conference on Oct. 24  in Red Deer, Alberta.

Self-storage construction and conversions are returning at a slow and steady pace since the heyday of pre-2008. Certainly, theres been some success in new-facility lease-ups, but the industry focus and activity has been more concentrated on improving the performance of existing businesses.

Construction starts remain well off pre-recession levels. In fact, there are several facilities built in 2006 and later that are still struggling to stabilize. For this reason, financing is available but often remains focused on borrowers with good financials and strong self-storage experience.

In the end, 2013 has been very active with some of these new Canadian industry milestones. Still, theres much to be done. The court battle looms, and the CSSA works hard to get important information out to the industry from coast to coast.

Robert Madsen is president of the U-Lock Mini Storage Group and a director of the Canadian Self Storage Association. Born into the industry, he has more than 25 years of professional self-storage experience. Madsen started in the business with plunger, broom and hammer in hand, progressing to manager and, ultimately, executive. He is also a moderator for the Self-Storage Talk online community, going by the username Madman. For more information, visit www.selfstorage.ca .

See How Jay Bonansinga Plans to Scare the Daylights Out of You in This ‘Self Storage’ Movie Promo
Aug 11, 2021