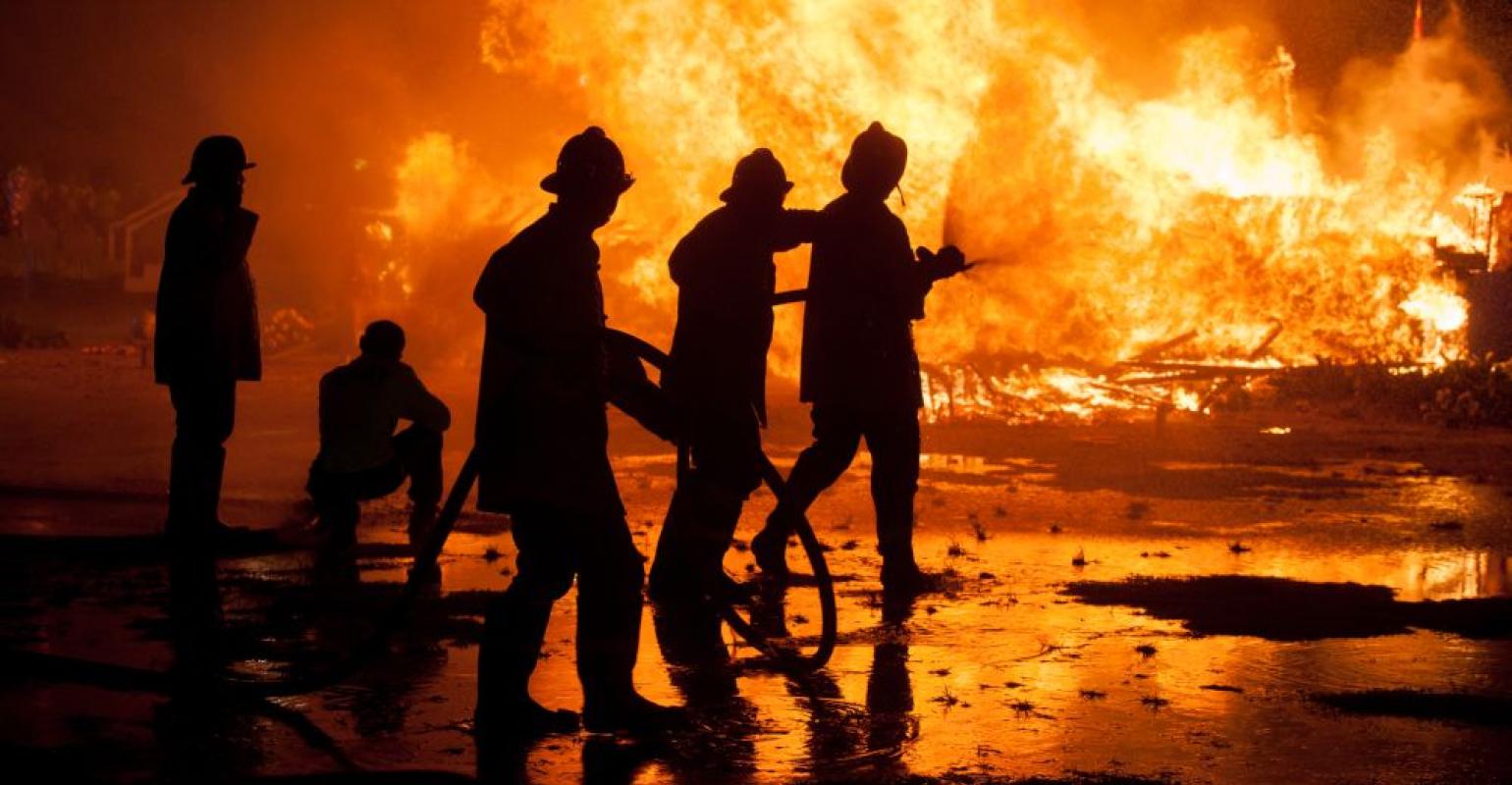 A fire at a self-storage facility can be devastating. Case studies of these disasters at three properties underscore the importance of taking preventive actions as well as having the right insurance coverages in place.

Many self-storage claims are property related, and one of the largest losses outside of those caused by weather are preventable fire claims. Unexpected accidents can and do happen! If the mishap is due to a covered cause of loss under your policy, your insurance may end up paying a claim that could’ve been avoided. Here are a few real-life examples of unforeseen accidents with large losses that might’ve been prevented.

The resident manager was doing a load of laundry in his apartment. Within minutes of starting the dryer, sparks began to fly, a fire ensued and spread quickly. Even though the fire department was called within minutes, it took almost an hour to quench the flames. There was substantial damage to the office, adjoining units and the building’s roof. The manager’s belongings were all lost in the fire.

Fortunately, no one was injured as it was late evening so there weren’t many tenants on the premises. The manager was unharmed and able to alert everyone who was on site to get to safety.

This seemingly smaller claim was contained to only one building. It paid out almost $100,000. The independent adjuster’s report indicated that no additional investigation was required. The file was marked as “no further discussion following this date” was needed. From the insurance company’s perspective, it was a true accident. In this circumstance, there was no potential recovery from another party.

From a prevention perspective, using a maintenance checklist to regularly examine routine items that can easily get overlooked, such a dryer in the manager’s residence, is key. All electrical connections should be secure, and water hoses must be checked, since they frequently crack, kink or blister, especially near the hose connection and can cause water damage. It’s also helpful to have common-sense guidelines in place, such as staying onsite while running the washer and dryer.

It may sound simple, but make sure you have fire extinguishers and train all staff members how to use them properly. Regularly check expiration dates. Establish a clear procedure for employees so they know when to use an extinguisher and when to call the fire department. There tend to be more fires at facilities with a resident apartment, which makes it even more important for your manager to know how to prevent and mitigate these types of accidents.

A Little Property in San Antonio

A fire occurred in the front section of the one of the smaller buildings. It was accidentally started by a tenant who was using an aerosol can of brake cleaner and an open flame to burn a spider. That’s right, he was trying to kill a spider by using a man-made flame torch. Surprisingly, no one was injured, except the spider! Even though the owner didn’t cause the fire, his insurance company still paid out more than $100,000. While you might think the insurance company should go after the tenant who started the fire, it’s not that easy. For this insured, the claim was quickly closed, and all work has been repaired.

Of course, it would’ve been preferable if the tenant had left the spider alone and informed management that it needed to schedule a visit by pest control. Another important preventive measure for all storage businesses is to have a lease agreement that clearly states flammables and hazardous materials aren’t allowed to be stored on the premises under any circumstances. Providing a list of common examples is helpful.

A Standard Facility in North Carolina

A tenant’s generator accidentally left running overnight caught fire and spread to a neighboring unit that contained a second generator and flammable spray cans. Once the spray cans ignited, they exploded, causing even more damage. The explosion occurred in the middle of the night so, fortunately, no one was injured. However, since the property was void of people, it took longer for the fire department to respond.

This reiterates the importance of educating your tenants on what’s safe to store in your facility and what’s not. It sounds simple, but many preventable fire claims are caused by flammable or hazardous materials being stored by tenants.

As the owner you’re ultimately responsible for what happens on the premises of your business. While it’s impossible to control some aspects, it’s imperative to have clear rules and procedures for tenants and employees. These types of fire scenarios happen all too often. Be sure you have the right insurance coverages and limits before a claim occurs.

Jenny Bortman is vice president at Universal Insurance Programs, which has created and provided specialized insurance coverages to the self-storage industry for more than 20 years. For more information, call 602.222.8300; visit https://uiprograms.com.

Heat Wave Ahead: Keeping Yourself and Self-Storage Customers Safe
Jul 09, 2021