Update 11/8/18 – MCSS has opened its self-storage facility on 79th Street in Miami, an arterial street also known as the John F. Kennedy Causeway. The five-story structure comprises 76,050 square feet in 922 units. It’s a few blocks west of the overpass to North Bay Village and Miami Beach.

MCSS recently opened the Miami facility along with two properties in Doral and Fort Lauderdale, Fla. Together, the three facilities add nearly 240,000 rentable square feet of climate-controlled storage to the company’s portfolio.

Though the company intends to scale back its activity in South Florida, it currently has 11 projects in the pipeline in Broward and Miami-Dade counties. It’s on track to develop more than 1.5 million square feet in region, the release stated. The company is also actively developing in California and the Northeast.

7/13/15 – Miami City Self Storage 3rd Ave. LLC, an affiliate entity of Miami City Self Storage LLC, received $11.41 million in financing to develop one of the six planned self-storage facilities in Miami-Dade County, Fla., according to the source. The funding was provided by PNC Bank, which offers personal and commercial lending services nationwide.

5/21/15 – Affiliate entities of Miami City Self Storage LLC have received $21.9 million in financing to develop the first two of six planned self-storage facilities in Miami-Dade County, Fla., according to the source. Financing was secured through Jernigan Capital LLC, a merchant bank and advisory firm serving the self-storage industry.

Each facility will comprise about 100,000 square feet and 1,000 climate-controlled units.

5/1/15 – Miami City Self Storage LLC, a joint venture recently launched by real estate veterans Stephen Garchik, Jay Massirman and Steve McBride, has purchased six properties in Miami-Dade County, Fla., on which it plans to develop 1 million square feet of storage space. All six properties are in the Miami metro area, with three occupying corner lots, according to a press release.

Each of the projects will feature multi-story construction and modern architecture and include approximately 1,000 climate-controlled units. The facilities will be managed by an unidentified self-storage real estate investment trust, the release said.

“We launched our South Florida storage venture early in the cycle, and were able to secure six premier sites,” said Massirman, managing partner. “We are aggressively seeking new sites and have several parcels in the acquisition pipeline.”

The six purchased parcels are:

“We have been developing in the self-storage space for over 20 years along the eastern seaboard,” said Garchik, managing partner, who has developed more than 35 storage facilities in Florida, New York and Washington, D.C. “In South Florida, demand is rising because of the proliferation and growth of small businesses and the development of new condominiums and apartment rentals, and a generally under-served market.”

Miami City Self Storage is actively pursuing new development opportunities in “high-value” locations in South Florida and select “high-growth” cities, according to the company website. 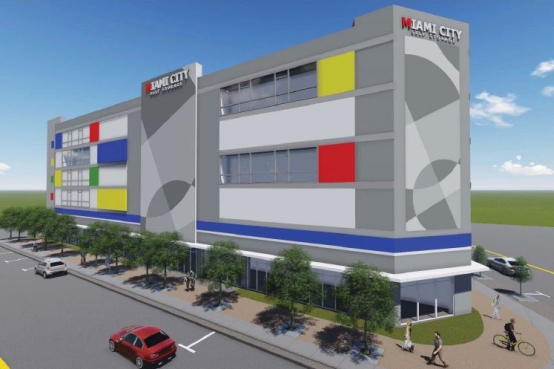 Rendering of the Miami City Self Storage facility planned for 1100 N.E. 79th St. in Miami, Fla.

Self-Storage Talk Featured Thread: What Does It Cost to Build a Facility?
Feb 16, 2021