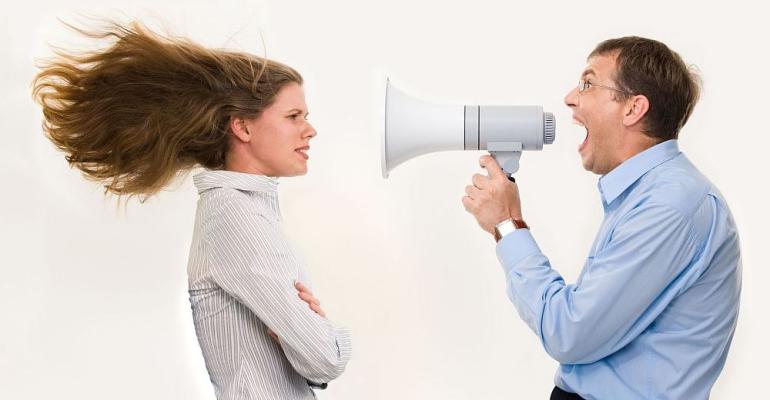 A slap that occurred at the Oscars proves just how unpredictable human behavior has become. Self-storage isn’t immune to the possibility of toxic conduct from customers, coworkers or even a supervisor. Consider this advice to keep your cool when others around you don’t.

It was the slap heard around the world. Unless you’ve been cut off from all human contact—and the Internet—you’ve likely heard about the altercation between actors Will Smith and Chris Rock at the March 27 Academy Awards. If not, try a Google search. I doubt there’s anyone who wasn’t surprised by Smith’s assault on Rock in front of millions of TV viewers. While we’ve all witnessed unexpected events when the cameras are rolling, this was one was a shocker. Entertainers of this caliber simply don’t engage in this type of behavior.

However, in today’s environment of “Karen” interactions, we have become more accustomed to people acting in ways that would’ve stunned us a few years ago. Videos of angry customers throwing drinks at fast-food employees, tussles in retail stores and screaming matches between employees have become legendary and spawned countless memes. And while it can be entertaining and a stress-reliever to watch these outrageous incidents, there’s also a scarier omen here. It seems just about anything goes these days when it comes to human behavior.

Like others working in the service industry, self-storage operators are often subjected to rude conduct from customers. There are dozens of threads on Self-Storage Talk from operators who’ve been threatened or yelled at by tenants. Conflicts can also occur between coworkers, or even with a supervisor. And while mirroring their behavior is one way to react in these situations, it’s not really the best option.

The April print and digital issue of ISS contains several articles on what you should do when facing a tumultuous encounter with another person, whether it’s a customer, coworker or your boss. Here are a few pointers.

Stay calm. Of course, this is the most important but in the heat of the moment it can be the most difficult. Matching their body language, tone and volume will get you nowhere. Rather, be the person who’s in control. This alone can often de-escalate the situation.

But set limits. Staying cool doesn’t mean you allow the other person to say and do whatever they want. Operators should have zero tolerance for swearing. When negative words are flying, you have every right to tell the person on the phone or in the office that you absolutely won’t tolerate abusive language of any kind, including racist remarks or personal insults. This is also true when a problem arises with a coworker. You might need to walk away or get ownership involved if the situation escalates.

Let them talk. They want to vent. They want you to listen. They want to be understood. Reassure them that you get it, and you’ll do what you can to resolve the issue. Don’t be defensive or take it personally. Rather, parrot what they said back to you then work with them to find a solution.

Prevent conflicts. Sometimes this is impossible. You can’t predict how someone is going to react in every situation. However, there are some strategies to prevent these hostile interactions.

One of the most effective is to make sure everyone knows and understands your site rules. This means setting boundaries, too. If someone is accustomed to you taking their call or opening the office door after hours, they’ll always expect it. And when you don’t act as you have before, they could become upset. So, make sure everyone sticks to the site rules, including you. No exceptions.

Cut your losses. Some customers are going to be more hassle than they’re worth. Don’t be afraid to end a lease if need be. If it’s a toxic work environment, it might be time to move on to another position. Do what you can to resolve the problem, but understand that removing yourself from the situation might be your only recourse. The very last thing you want is to jeopardize your mental or physical health.

I recently interviewed several operators for an article on human volatility for the May issue of ISS. Something that stuck with me after hearing stories and advice from operators is that toxicity, violence and harassment can happen in any work environment, including self-storage. Seeing a slap happen on a stage at the Oscars reaffirms it.

Reel in More Self-Storage Rentals! Exceeding Customer-Service Expectations to Land Those Fish
May 05, 2022

Be a Better Communicator! Ways for Self-Storage Managers to Sharpen Their Verbal and Written Skills
Apr 05, 2022

It’s Time to Set Boundaries With Your Self-Storage Customers!
Mar 25, 2022

Self-Storage in an On-Demand World: What a Recent Survey Reveals About Emerging Technology Trends
Mar 24, 2022