Vagrants and Vandals: How I Dealt With Those Who Misused My Self-Storage Property 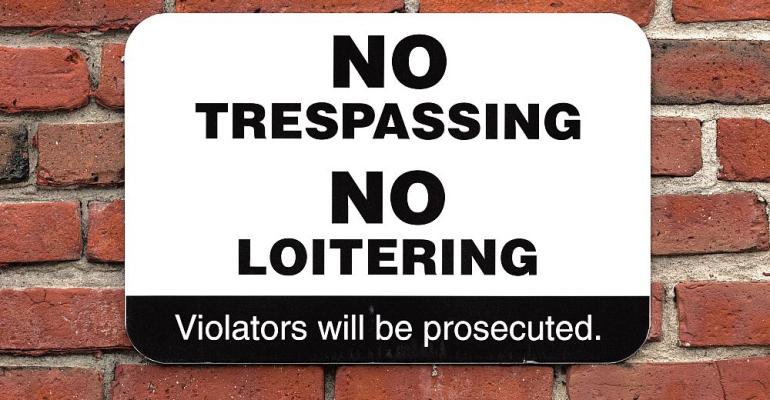 Vagrants and vandals sometimes gravitate toward self-storage sites because of the low foot traffic, but astute operators can quickly put an end to any shenanigans. A manager shares the steps she took when she discovered drifters camping out and damaging her company’s property.

As a self-storage manager for more than 17 years, I’ve come across a few strange situations. However, a recent scenario at my facility in Tucson, Arizona, managed to surprise me.

Most self-storage operators have encountered vagrants at their properties at one time or another. It might be someone attempting to live in a unit, misusing your public restroom or engaging in criminal acts. Recently, I faced my own conflict with a group of people I assume to be homeless. In fact, they were abusing our property and needed to be stopped. Here’s what happened and how I handled it.

One morning last spring, I found two random shirts on the self-storage facility’s front porch. On the second day, there was a pair of shorts, and a belt on day three. Something strange was happening after hours and I needed to investigate.

I pulled up our video-camera footage and was shocked by what I saw. Drifters had made themselves at home right in front of our office door. They were having a party every night! They even had strobe lights … yes, strobe lights. They were also stealing electricity by tapping into our outlets.

At first, I thought it was a short-term thing. They’d move on and my facility would no longer be a crash place. I was wrong. The following week I found tons of trash on the porch. I checked the video footage, and sure enough, it was happening again. Only this time, it was different people who were lingering near our office. They were using our outlets to charge technology and dismantle old computers.

I hoped putting an end to the power theft would force them to move along. I put locks on the outlets, but they quickly broke them off. I then hired an electrician to completely cap the outlets. That didn’t go over well with these trespassers. While getting into my car two days later, I noticed an outlet by our flagpole had been busted open. Another call to the electrician and that one was capped, too.

A week went by and there was no activity, but that soon changed. As I pulled into the parking lot one morning, I could see my brand-new bench had been tossed into the rocks out front. A cactus was ripped from the ground and thrown at the window. A trash can was bashed into our beautiful stucco wall.

Video footage showed a man getting angry because he was unable to access the electricity. He resorted to violence and property damage. I filed a police report, but nothing has come of it. Fortunately, that was the last incident so far. This might be due in part to the recent construction of a new building at the front of our property. We’ve hired security, so it likely scared off any intruders.

The whole situation just made me feel violated. This is my place, and to know someone is here banging up things is upsetting. I don’t really fear for my safety because this has been happening at night when I’m not here. But I worry about my property and customers.

One piece of advice I’d offer to other self-storage operators is to use cameras. They are a must for every facility. If we didn’t have them, I wouldn’t have figured out what was happening.

Also, managers need to be hyper-vigilant. Inspect your property for things that might be out of place. A shirt left behind on our front porch was the first clue for me. But if I hadn’t noticed the clothing and trash, I wouldn’t have looked at the video. Check your surveillance recordings every morning and nip problems in the bud!

Also, watch your electrical outlets. I still have an outlet for my use, but it’s locked and resides inside our gate.

While we can all feel empathy for people who are down on their luck, you also need to run a safe and secure business. Be friendly but keep up your guard.

Laura Mendez is the manager at Silverbell Self Storage in Tucson, Arizona, where she began working in 2018. She has 17 years of industry experience. Previously, she worked for Ajo Super Storage and Tucson Storage. To reach her, email [email protected].