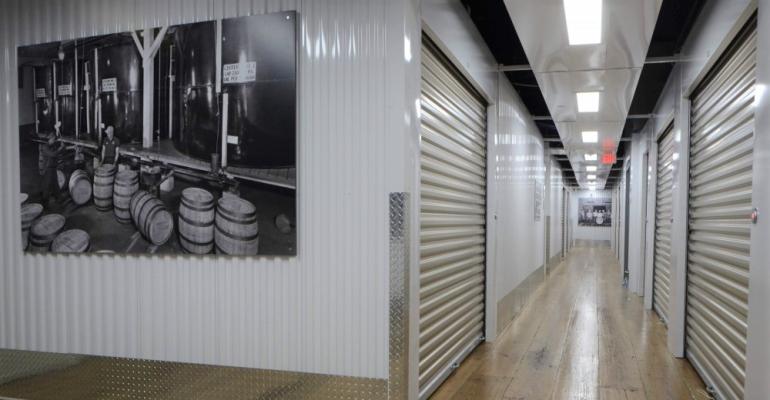 All it takes is a vision. Read about the historic conversion of a 19th century National Distillers bottling warehouse in Louisville, Ky., to Ultra Self-Storage. The transformation blends features from the building’s past with technology and other modern touches.

An ambitious conversion project in Louisville, Ky., turned the ground floor of the former National Distillers bottling warehouse into a beautiful, state-of-the-art storage facility. Ultra Self-Storage at Distillery Commons is a harmonious blend of old-school charm with today’s cutting-edge technology.

Louisville native Jim James, lead singer and guitarist for American rock band My Morning Jacket, describes the city this way: “Louisville is a place with no labels. It’s not the South; it’s not Chicago; and you don’t think of it as you think of New York or L.A. It has some Southern romanticism to it, but also a Northern progressivism—this weird urban island in the middle of the state of Kentucky that has always provided a fertile, often dark, bed. For us, Louisville and the surrounding areas are the center of massive creativity and massive weirdness.”

Just like the city in which it resides, Ultra is an amalgamation of seemingly dichotomic values. The original structure encapsulates local history, while its modern features provide a glimpse into the future of the storage industry. Let’s take a closer look at this wonderful project.

Construction on the distilling, bottling and warehouse complex that would eventually become Distillery Commons began in the late 1800s. At their peak, the warehouses could hold well over 200,000 barrels, and by 1933, National Distillers controlled about half of the spirits in the United States. By 1974, however, a decline in the spirits industry pushed the company to consolidate and move its operations to Frankfort, Ky., leaving vacant the complex of nearly 20 buildings, where bourbon brands like Old Grand-Dad had been produced.

Five years later, the complex was acquired by current owner Ray Schuhmann and developed into a commercial property for a variety of enterprises. While the tenants have changed throughout the years, the buildings have kept their historical charm and served as a symbol of the area’s roots in the distilling industry. 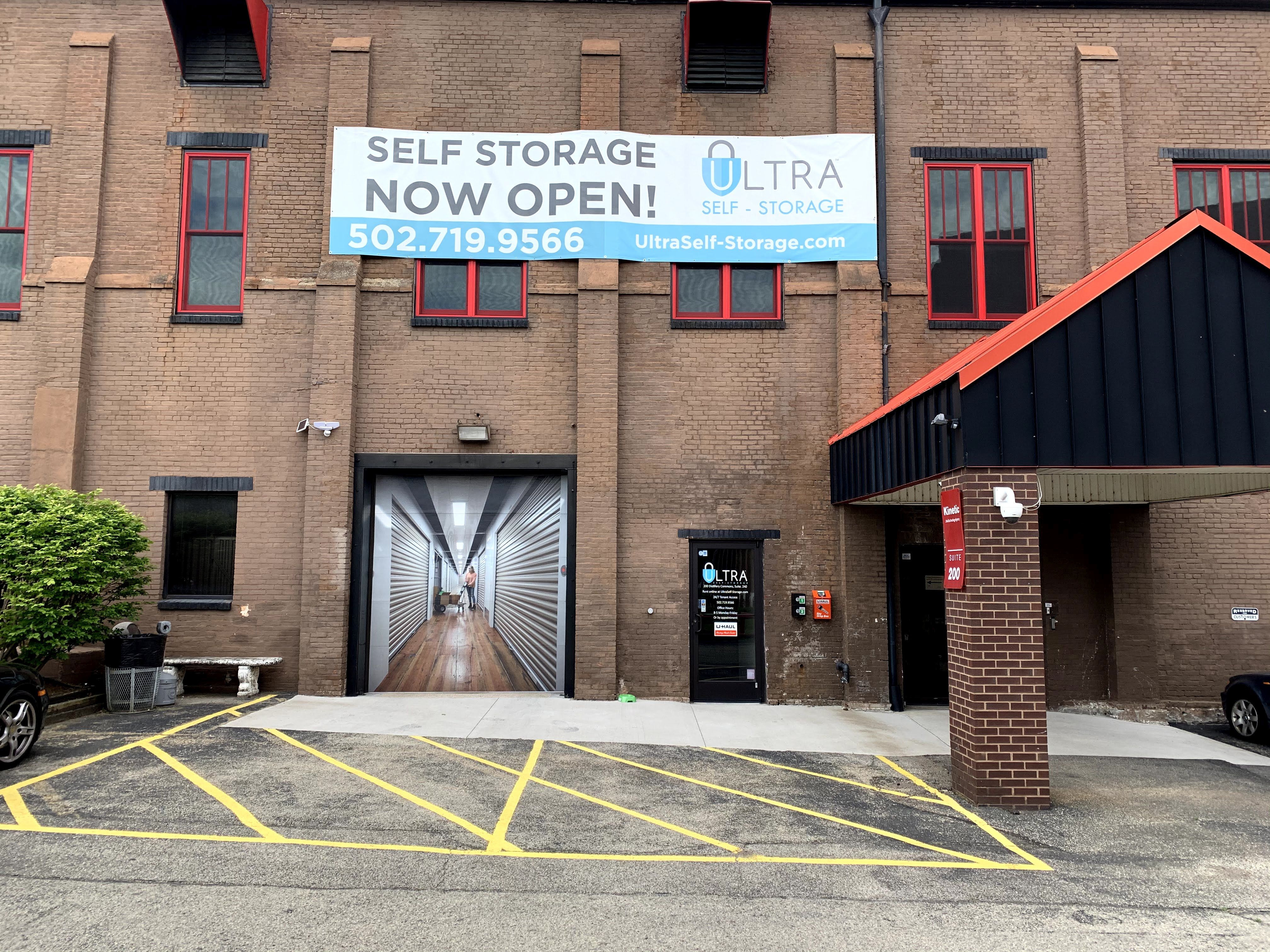 Ultra Self-Storage in Louisville, Ky., was converted from a former bottling warehouse.

Schuhmann decided to repurpose the ground level of one of the distillery warehouses, which was being used as a technology hub for his commercial tenants as well as for equipment and file storage. After touring a few modern self-storage operations in the Midwest, he elected to start his own.

He began meeting with installers to establish the unit mix and layout. To accommodate its new purpose, the space needed a few structural changes. For example, to meet code, three-hour fire walls were built to contain the lobby and loading dock. Though the warehouse had enough sprinklers to meet whiskey-production standards, custom-built heads were fit into the light soffits to ensure proper coverage for the hallways.

“Working around the existing beams was challenging,” notes Schuhmann. “We tried numerous layouts before finding one that optimized the net leasable square footage and minimized the beam placement, which supports the concrete floor above and couldn’t be moved. Even with all the changes on paper, we still had last-minute adjustments during installation.”

The assembly team began constructing the units in September 2018, but anyone who’s built or converted buildings for self-storage knows that not everything will go according to plan. A few unexpected delays impacted the intended opening date. But by February 2019, Ultra was fully operational and moving in customers who had reserved units during the build-out phase. With spaces ranging from 24 to 300 square feet, it’s designed to accommodate residential and commercial storage needs. 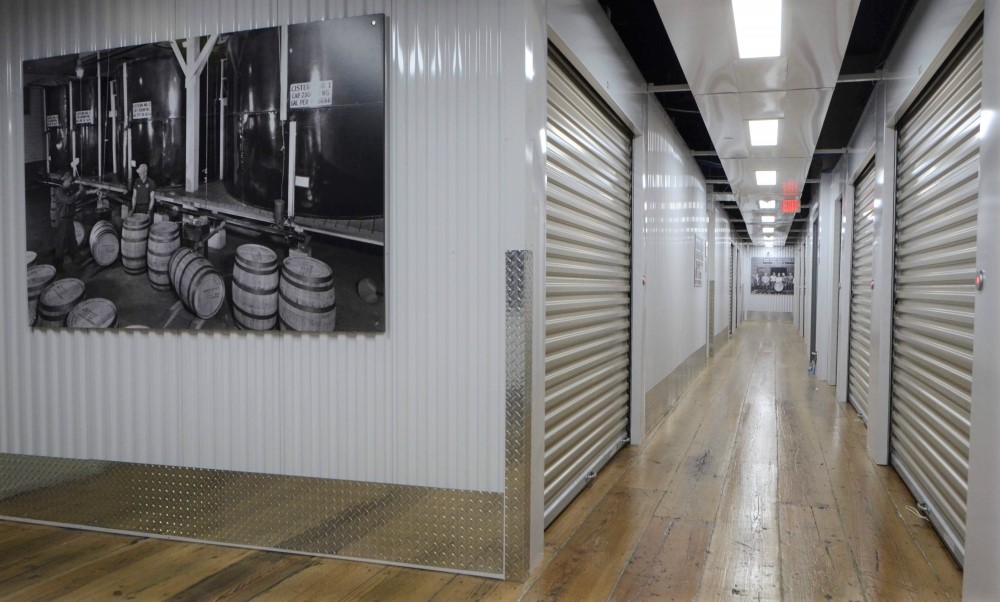 Pictures throughout the storage area celebrate the building’s history.

A Focus on Technology

Schuhmann has had his hand in many successful businesses, many focused on technology; so, when he set his sights on self-storage, it was an important part of his plan. He wanted Ultra to be an innovative facility built for modern consumers. “Distillery Commons has numerous tech firms, and we wanted to continue that branding and use it as a key differentiator from the older [storage facilities] in the area. We also felt that it would appeal to the several new apartment-dwellers in the area, who were younger and more tech-savvy.”

All of Ultra’s doors are outfitted with Bluetooth-enabled smart locks that allow tenants to access the facility and their space 24/7 via a mobile app. In fact, Ultra was one of the first U.S. storage facilities to fully operate with this technology. During construction, it took time to do real-world testing and work out a few glitches; it also took a few updates to get the system working seamlessly with the facility-management software. But the hard work was worth it once all the units, doors and locks were installed, tested and functional. Customers can even use the app to monitor and share unit access with others who need it.

In addition to being secured with a smart lock, all units have individual heat-sensing and motion-detecting alarms. All control units have battery backups, and the entire facility has a large backup generator. Thirty-two high-definition security cameras cover the LED-lighted facility to provide real-time feedback in the lobby and ensure the safety of all customers. Facility temperature and humidity are remotely monitored via Web-enabled devices.

Ultra also offers a contact-free move-in experience. The entire rental process can be completed online in a matter of minutes. For convenience, customers can use online billpay or autopay. They also have free access to Wi-Fi, which is enhanced by mesh nodes throughout the property. 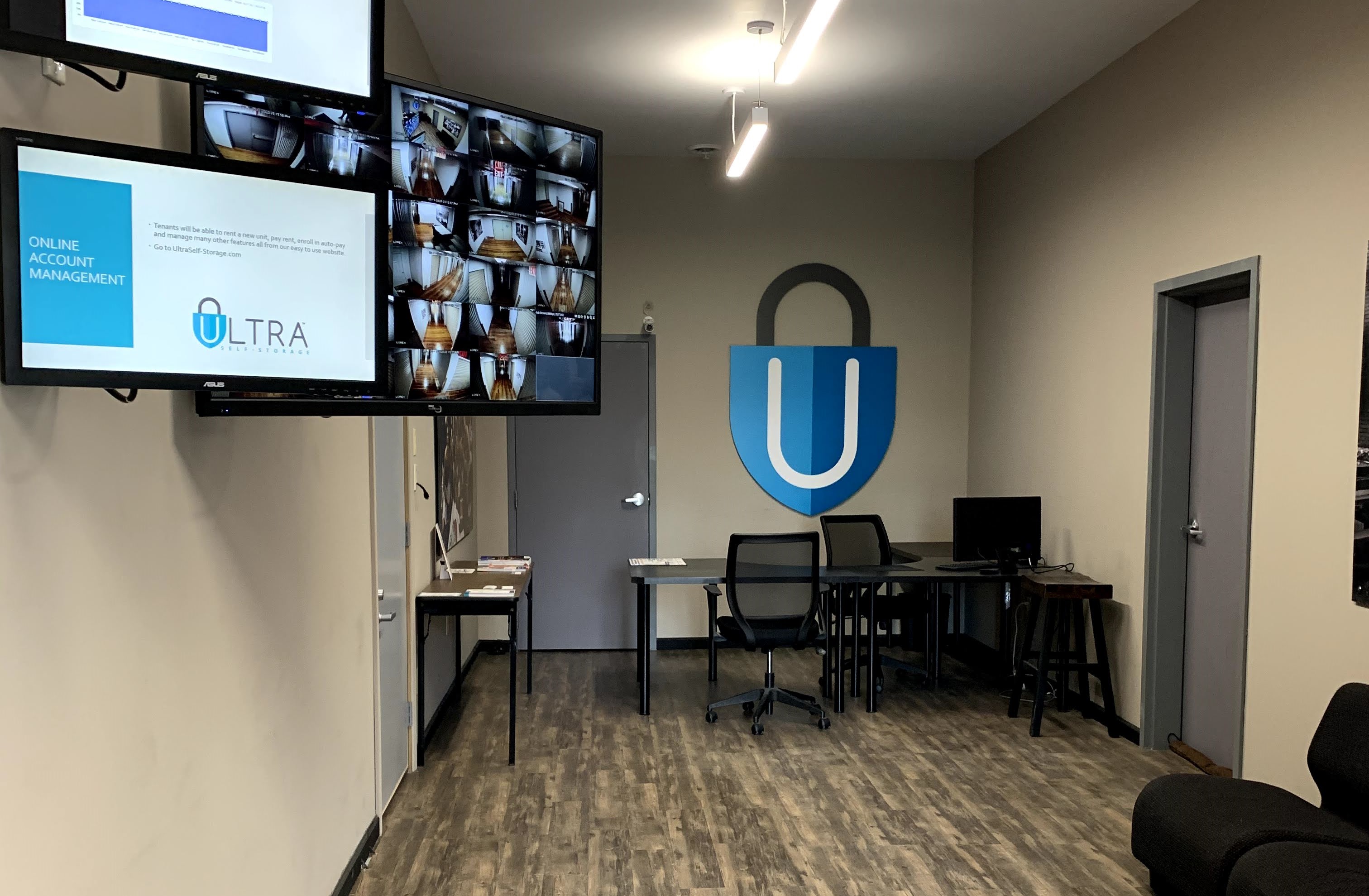 Upon entering, the first feature most people notice about the facility is the gorgeous original flooring from the 1800s. The next thing they often remark on is the video-camera feed that shows the status of facility units. The old-school touches mixed with the latest technology create a feeling of familiarity and safety.

A lot of prospective tenants tour Ultra without any knowledge of its cutting-edge technology. They’re often excited by the strides the self-storage industry has made in recent years and quickly see how Ultra is more than a classic lock-and-key establishment.

Alex Wesselman is general manager of Ultra Self-Storage, a family-owned and operated self-storage business in Louisville, Ky. He’s worked in the storage industry since 2018 and runs the company’s marketing, sales, customer service and everything in between. For more information, visit www.ultraself-storage.com.