Self-Storage Performance in a Recession: Why This Slump Is Different From Past Downturns 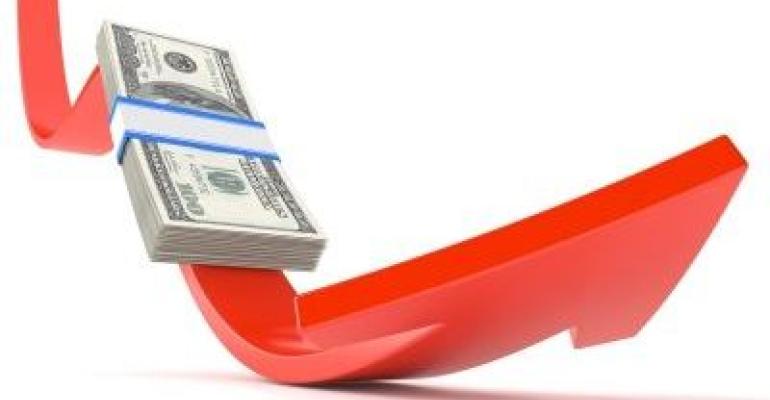 The self-storage market has improved, but its clear the industry is experiencing a different dynamic in todays environment. While the current economic climate has raised questions about resiliency in the property type, a more fundamental question is whether existing and potential tenants have changed their habits around self-storage.

By Jeffrey Rogers and Matt Swanson

The self-storage market has improved, but its clear the industry is experiencing a different dynamic in todays environment. While the current economic climate has raised questions about resiliency in the property type, a more fundamental question is whether existing and potential tenants have changed their habits around self-storage.

In past recessionary periods of the early 1990s and 2001-2003, self-storage occupancies and revenue were generally not negatively impacted. For most facilities, revenue continued to increase year over year, and self-storage development turned out quite well for investors and developers.

The following table shows recent quarter-over-quarter changes in rental rates and occupancies based on a nationwide survey conducted by Integra Realty Resources. This reflects the nationwide market and illustrates current market conditions, which are unlike any historic trends.

In this most recent recession, history has not repeated itself. Because of cuts to many individual incomes, elevated unemployment and lower purchasing power, the use of storage has moved into a more discretionary spending category. The result has been a slow but progressive slide in rental rates and revenue.

A review of recent revenue changes at more than 100 self-storage facilities in major markets nationwide shows many markets are starting to settle or experience a slowdown. In 2010, revenue decreased by 5.2 percent. During the first two quarters of 2011, it decreased by 1 percent.

The change from prior recessions is multi-faceted. After around 1995, self-storage construction spiked, with a massive amount of development taking place in most major markets. With historic strong returns for existing facilities, this property type caught on not only with existing owners but first-timers wanting to enter the industry.

The financial barriers caused by limited financing were also toppled as banks and institutions specifically sought out this property class for loans. As most developers were not known for strong due diligence and lending sources focused on just placing loans, the overall inventory increased between 1995 and 2007 by about 25 percent.

Corresponding to the rapid rise of storage space, rates of return, or capitalization (cap) rates, plummeted. The typical cap rate for a self-storage facility up to about year 2000 was in the 9 percent to 10 percent range. This was looked upon as the norm, or the Goldilocks range, without much variation.

Beyond 2000, cap rates declined, with many markets showing transactions in the 6 percent range. Even secondary markets experienced exceedingly low rates, which did not make much financial or market sense based on the underlying level of risk. This was viewed as cap-rate compression, where cap- rate tiers reflecting location or geographic market distinctions did not appear to exist.

In this expansion period, it was rare that the question was asked if new construction or more storage space was even needed. Markets known for having overbuilt conditions in the past saw new product enter, often from first-time developers anxious to get in the storage game. Many of these markets had low barriers to entry or cheap land. At the end of the development boom in 2007, the industry found itself with far too much storage space and was, for the most part, overbuilt.

With this recession, many existing and prospective tenants exited the storage market. The use of storage became a discretionary expenditure, with tenants opting to get rid of excess personal goods.

Commercial users of storage space who typically rented larger units also left the market. These tenants included small contractors and entrepreneurs using storage for inventory and equipment storage. Without construction jobs, the tile, flooring and drywall contractors disappeared as their need for storage evaporated. For many markets, the current level of self-storage space should satisfy demand for the next 10 years.

In an unexpected twist and despite economic declines, self-storage facility values have increased over the past six to nine months. This turnaround does not reflect a change in the underlying fundamentals of storagetheres still too much available space and flat or shrinking demand. It primarily reflects the low-interest-rate environment being faced by investors. The lack of alternative investments that offer reasonable return opens the way for self-storage to provide higher return.

In 2009, self-storage cap rates were pushed into the 8 percent and 9 percent range. This was probably good for the industry, as these rates were considered more commensurate with the level of risk. They were viewed by many as representing fair return reflective of the use characteristics of self-storage.

The downward pressure on cap rates now stems from the low-interest-rate environment as well as large of amounts of sideline capital willing and needing to be placed. Some of this capital is flowing into self-storage. Most of the transactions taking place are typically of secondary properties in overbuilt markets or ones having some problematic condition. In many cases, the cap rates tend be low but are setting precedents for future transactions. Its important to note that the historical condition of the market still remains intact in that the good and well-located properties rarely sell.

A review of numerous transactions reveals a large number of cap rates in the 7 percent range. Although considered low based on the risk levels associated with many of these market areas, the lack of alternative investments is placing this downward pressure.

Given that storage revenue is probably at or near the bottom, its probably reasonable to see cap rates for class-A facilities in the 7 percent range, and class-B and -C facilities achieving a 100 to 200 basis point risk premium, leaving them in the 8 percent range.

While the self-storage industry continues to be resilient, industry dynamics are different in the current economic climate than during past recessions. Many markets are overbuilt, consumer behavior has changed, and revenues and occupancies are in decline. Even still, a lack of alternative investments is putting downward pressure on cap rates, and facility values have managed to increase.