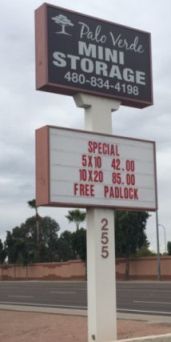 The seller was the original developer who owned the facility for nearly 30 years, according to a press release by Rein & Grossoehme Commercial Real Estate, the firm that brokered the deal. The facility sold at a capitalization rate on in-place income of 5.3 percent, according to the release.

Established in 1945, U-Haul has more than 40 million square feet of storage space at more than 1,000 owned and managed facilities throughout North America.

Founded in 1993, Rein & Grossoehme specializes in the sale of investment properties and retail as well as office and industrial leasing.