The Lock Up Self Storage Opens Facility in Wheaton, IL

The Lock Up Self Storage recently opened its newest facility in Wheaton, Ill., the company’s 14th in the state. A grand-opening celebration will be held Sept. 10 at 4:30 p.m.

The Lock Up Self Storage recently opened its newest facility in Wheaton, Ill., the company’s 14th in the state. A grand-opening celebration will be held Sept. 10 at 4:30 p.m. 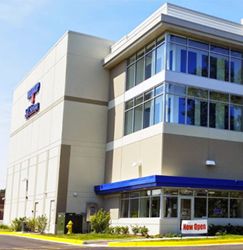 The property at 2230 N. Main St. encompasses 58,000 square feet of storage space and includes 680 climate-controlled units, 34 of which are drive-up. Amenities include carpeted interior hallways, a full-size passenger elevator, video cameras, keyed entry, and free use of the company’s moving truck. The facility also features motion-sensor lighting, in keeping with the company’s efforts to be more green, according to a press release.

The Wheaton Lock Up is 3.5 miles east of the Interstate 355 and 1 mile south of the North Avenue thoroughfare. It will serve residents and businesses in the communities of Carol Stream, Glen Ellyn, Wheaton and Winfield, the release stated.

“We built this facility from the ground up and made sure to include all the unique features that our customers have come to love and expect,” said Andrea Carnes, vice president of operations. “We are excited to be able to serve the people in this area.”

Founded in 1976 and based in Chicago, The Lock Up operates 30 self-storage locations in eight states comprising more than 1.6 million square feet.