Talonvest Capital Inc., a boutique real estate adviser serving the self-storage industry, raised $50,000 for the annual “Walk for Kids” 5K fundraiser, which benefits the Orange County, Calif., chapter of Ronald McDonald House (RMH). The firm also received the 2019 Top Corporate Fundraising Award for its participation in the event, which raised $302,977 and included more than 3,000 people. It’s the fifth consecutive year the firm has earned the accolade, according to a press release.

The funds help RMH provide free services such as food and lodging to 805 children and their families each year. The proceeds from this year's event will fund 2,020 hotel nights for families when the house is full, the release stated.

“Talonvest is proud to support the Ronald McDonald House in its mission to keep families together and near necessary and critical health care,” said Talonvest Principal Eric Snyder. “Children heal faster when they are together with their families, and it brings us great joy knowing that the families can focus on their child’s healing without worrying about lodging, food or any of the related costs.”

In addition to participating in the walk, Talonvest sponsors a guest room every year, and employees and their families volunteer at the house. The firm also contributed to a capital campaign to expand the residence.

“The Ronald McDonald House has provided firsthand support to Talonvest team members during their greatest time of need, and we are committed to the support of this exceptional organization,” said Talonvest Principal Tom Sherlock.

Founded in 2010 and based in Orange County, Talonvest structures debt and equity for self-storage and commercial real estate investors and developers nationwide. The principals of the firm have more than 80 years of combined experience. 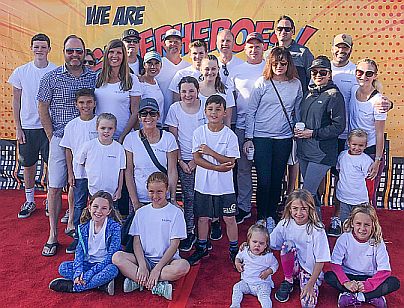 Bluebird Self Storage of Canada Takes Domestic-Violence Survivors Under Its Wing
Dec 01, 2021