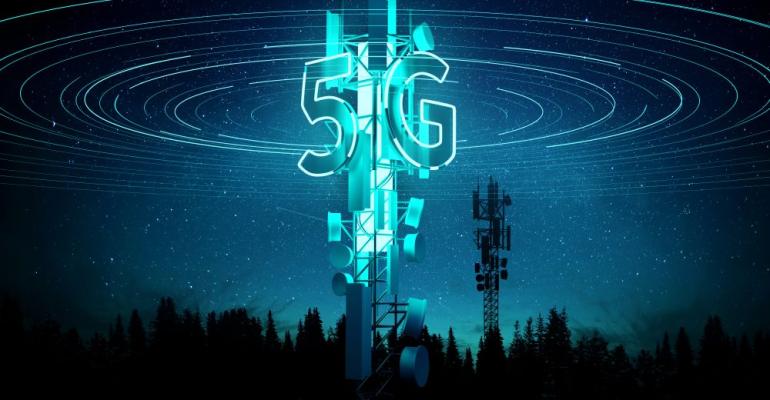 The 5G explosion is here, and it’ll need lots of infrastructure. That means there’ll be a rush of cell-site opportunities for self-storage owners. Read why now is the time to leverage your property with a cell-tower lease, which is only becoming more lucrative—if you handle it right.

You can’t watch television these days without being bombarded with commercials touting 5G, the fifth generation of cellular-network technology. Every message pushes a sense of urgency onto consumers to buy the latest cellphone capable of unprecedented speeds. The 5G explosion isn’t just on its way, it’s here.

For self-storage owners, this evolution may enable you to capitalize financially by allowing your facility to become a new or enhanced cell-tower site. Let’s take a closer look at the 5G phenomenon and why it presents a great opportunity this year.

What Exactly Is 5G?

While many folks get hung up on the additional speed that’ll be achieved, 5G’s low latency is just as important, particularly for businesses. Essentially, wireless latency is the response time to download data, such as streaming video or money transfers, between an original source and the user’s destination, such as a cellphone.

The Wireless Industry Is Changing

Thanks to the coronavirus pandemic, many people have been working or attending school from home. They’ve also had to find new ways to entertain themselves. All this leads to greater consumer reliance on wireless services. The events of 2020 will likely accelerate investment in U.S.-based wireless networks and usher expansion and upgrades to existing broadband services. Whereas most people may have previously viewed access to wireless services as a privilege, it’s now deemed a necessity.

Before last year, the wireless industry expected more than 1 million new 5G cell sites to be built by 2025. These estimates are now being recalculated, not only regarding the number of sites to build but by the speed with which they need to be complete. The heightened visibility to the importance of this new infrastructure means the wireless industry—particularly the cell-tower sector—might be poised to enter a boom period.

Property owners have been, and will continue to be, approached by wireless companies seeking to upgrade their existing cell-site equipment or install new equipment necessary to develop 5G networks, which are going to be cash cows deep into the 21st century. It’s important to understand that 5G isn’t a replacement for existing cell-tower sites; it’s an enhancement to their current value. Further, property owners who don’t already have a cell tower are more likely to be approached to lease their land.

As a self-storage owner, you’ll have to decide whether you’ll be an unpaid or underpaid catalyst for wireless carriers or recognize that the new 5G rollout is an opportunity to optimize revenue. When approached by a cell-tower company or wireless carrier looking to modify cell-site equipment, it’s important you understand the value of that update. Don’t be fooled by the work being described as “maintenance activity.”

Similarly, if you’re engaged to install a new cell site, it’s just as important, if not more important, that you understand the type of equipment that’s going to be installed on your property as well as how much space is being requested. 5G has made property more valuable to wireless carriers and cell-tower companies. Thus, the amount you receive in rent should track that increase.

The ever-expanding rollout of 5G presents an opportunity to garner new cell-tower rent or enhance an existing lease. Don’t view a cell-site lease or license agreement as a real estate transaction when every wireless carrier and cell-tower company views it as a utility transaction. Wireless companies view the value of the real estate only as a small variable. Their major consideration is how much value a cell site will garner them, along with how much determent will occur if they’re unable to acquire a new site or upgrade an existing one.

While you may have experience negotiating property leases, a cell-site agreement is quite different. In this context, you’re like a baseball player being inserted into a football game. While some of your skills may translate, you don’t have a shot at winning.

Don’t just take my word for it. Look at the profitability of the largest wireless carriers and cell-tower companies, which is further boosted by the deals they make with property owners just like you. Trust me, the wireless industry doesn’t discriminate. It doesn’t matter if you own a single self-storage facility in a rural location or thousands in densely populated cities; wireless carriers and cell-tower companies are all going to maneuver out of the same playbook because those plays continue to be successful for them. Be prepared and don’t let them undervalue your position.

The 5G explosion is here. The only question you need to ask yourself is whether you want to be a primetime player or continue to sit in the stands and watch the game go by.

Hugh D. Odom is president of Vertical Consultants, a telecommunications-lease consulting firm currently working with approximately 4,000 self-storage facilities across North America, including Extra Space Storage, Life Storage, StorageMart and Simply Self Storage. Hugh has more than 22 years of legal and telecom experience. He was an AT&T attorney for more than 10 years. For more information, call 877.456.7552.