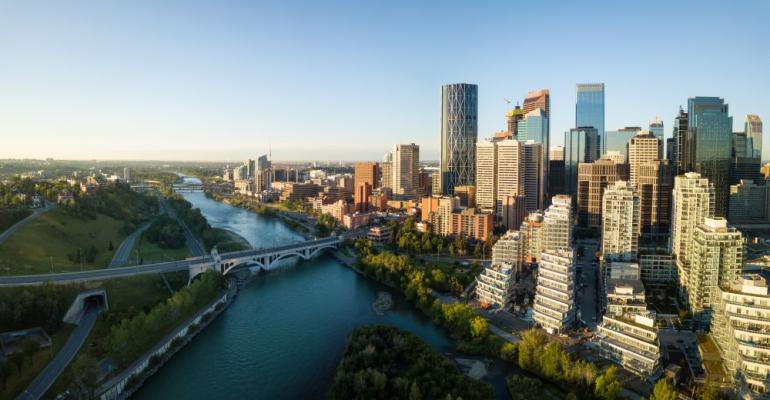 The city of Calgary, Alberta, Canada, is a bit of an anomaly. It has a beautiful location and favorable demographics, but its reliance on a volatile oil-and-gas industry creates economic fluctuations. Read why self-storage investors are bullish on the market despite its inconsistency.

Calgary, Alberta, Canada, is a boom-or-bust town in more ways than one. As the country’s third largest city and fourth largest metropolitan center, it’s well-known for its vibrant, though volatile, oil-and-gas industry, which has economically dominated large portions of Alberta for decades. When times are good for oil and gas, there’s fast growth; when they aren’t, progress tends to slow. There’s a lot of fluctuation.

In some ways, Calgary’s self-storage industry reflects similar inconsistency. While parts of the metro are experiencing an oversaturation of facilities, others have little or no supply. Some areas are seeing the construction of new, modern storage structures, while many still rely on older (and full) drive-up facilities.

“It doesn’t make sense sometimes,” says Louis Libin of Calgary-based Trilogy Self Storage. “Calgary is an anomaly. You’ll have an old and unheated drive-up facility doing well and, nearby, a new facility that’s struggling.”

Still, Libin and other local self-storage players are big fans of this metropolitan area, which continues to grow in population, despite its fits and starts. The economy has been diversifying in recent years. The population is currently about 1.4 million people.

The Calgary self-storage market currently contains about 64 facilities comprising 3.17 million square feet of space, according to Radius+, a company that specializes in self-storage data, analytics and location intelligence. Its penetration rate is about 2.25 square feet per capita, which is in line with other Canadian cities.

The primary reasons for relatively low supply in this region when compared to the United States are higher taxes and construction costs as well as tougher zoning and building codes. Industry experts also note that self-storage is still a relatively new concept for many Canadians, though consumer demand is steadily rising.

Limited supply mixed with slow, steady growth in demand equates to solid rental rates. Prices for a 10-by-10 unit can range from C$180 to C$200 and more per month, according to Radius+. That’s about $145 to $161 in U.S. dollars at current rates. Those are good numbers, regardless of the currency!

In addition, self-storage occupancy has remained strong for many years despite economic fluctuations. In fact, some of the best performing properties in the region are traditional, drive-up facilities built in the 1970s and 1980s.

These favorable numbers plus other positive factors have attracted more self-storage investors to Calgary, according to Matt Verity, vice president of storage operations and marketing at StoreWest, which owns two facilities in Calgary, one in Montreal and two in Nova Scotia. “It’s getting more competitive. More companies are looking at Calgary,” he says.

Interested parties include Canadian and U.S. players. New construction is occurring in some parts of the city, while existing facilities are being snapped up through acquisitions. According to Verity, consolidation is occurring. It helps that Calgary is benefiting from a recent surge in oil and gas prices. “It’s getting more robust,” Verity says. “We’re feeling more bullish these days.”

The city needed the boost, too, as the oil-and-gas industry had been struggling until recently, harming the local economy. The office vacancy rate remains high, and the unemployment rate hovers around 9%. The ups-and-downs have made Calgary tricky for self-storage, but the advantages are definitely there when you consider the growing population and strong housing market. The median household income is robust at C$107,479, which is higher than other major Canadian cities, including Montreal, according to Radius+.

Another advantage Calgary has going for it is location. The city is in a scenically beautiful area at the foothills of the Rocky Mountains. Its tourism and recreational sectors are solid and growing annually.

New development is mostly occurring in the northern, western and southern outreaches of the Calgary metropolitan area. There are great opportunities for building in underserved areas of the market. Trilogy is among those eyeing new construction in the next five to 10 years, including the possibility of co-locating self-storage with car washes. “I’m not too worried about raising capital,” says Libin, though he notes that zoning restrictions are among the biggest challenges for developers.

Carefully researching an area before embarking on a new project is critical. After securing a site, developers need to work closely with community groups and municipal boards to make sure their concerns are addressed, Verity adds. Residents and officials want well-landscaped sites and ground-floor amenities, such as retail or other types of services unrelated to self-storage, he says.

Shorty’s Message of Safety, Hope and Friendship: How I Created an Inukshuk to Welcome My Self-Storage Tenants
Jul 15, 2022