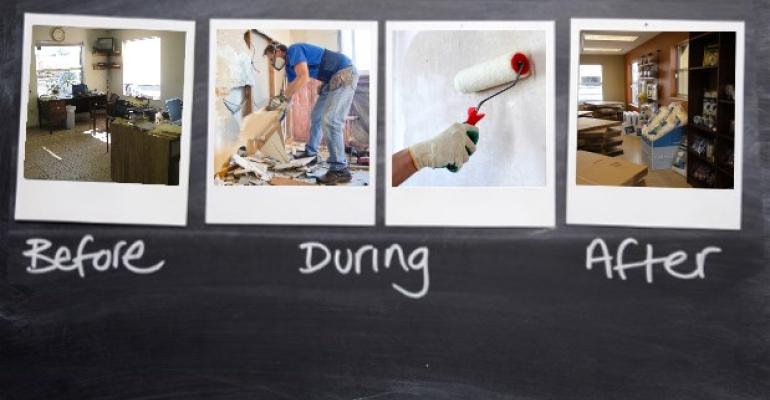 A self-storage facility’s curb appeal may give tenants a first impression of your business, but it’s often your office’s appearance that will actually make or break the rental deal. Here are some considerations for redesigning and upgrading your office space.

A self-storage facility’s curb appeal may give tenants a first impression of your business, but it’s often your office’s appearance that will actually make or break the rental deal. A crowded, dingy, dark or malodourous environment signals you’re not serious about your business or providing customers with the ultimate storage experience. Conversely, a bright, clean and fresh environment will invite prospects in and show you’re a professional retail business worth their time and money.

Whether your office is 200 or 1,200 square feet, you have the opportunity to create a welcoming hub through modern design and function. Whether you’re considering a complete overhaul or something as simple as fresh paint and new carpet, here’s how to make your remodel really count.

Although it can be difficult to calculate the return on investment for a self-storage office remodel, today’s operators understand the role the office plays in facility success. This is what incited A1 Mini U-Store-It to embark on office redesigns for its five properties in Ottawa, Ontario, Canada.

“We recognized the office contributes to a facility’s first impression,” says Mat Seguin, director of operations. “We also started paying more attention to our branding, and the office layout plays a big role in keeping our brand consistent.” 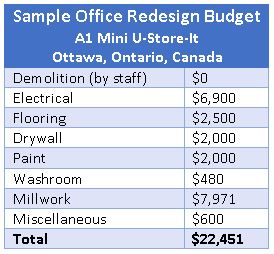 A1 recently remodeled two of its offices and plans to renovate two more later this year. Another project is slated for 2016. The modifications were extensive including paint, ceramic floors, lighting, a custom front desk, extra storage space and a new retail-area design. One of the offices was even expanded. In addition, the electrical was completely rewired, drop ceilings were changed, and a window was replaced at one location so the operator could better see the front gate. “Prior to the renovation, the offices were very outdated, dark and uninviting,” Seguin says.

Despite the extensive work and some unexpected challenges along the way, the company came within 5 percent of its budget on the first two remodels. The key to keeping on target was having a clear idea of what should be done before beginning, Seguin says. “Having to come up with a budget forecast and justify every single item was a great exercise.”

In addition to lacking pizzazz, sometimes an office layout no longer serves the purposes necessary to run a successful business. Perhaps there are too few electrical outlets, no space for packing and moving supplies, or a single counter or desk that’s no longer sufficient for a growing staff and customer base.

Lack of function and safety was another driving force behind the redesigns for A1 Mini. One of the biggest challenges was the existing electrical, which was outdated and didn’t provide enough power for adequate lighting or the facility’s security components.

“Any self-storage office that has not been renovated in years will have a large amount of power bars to accommodate an ever-increasing amount of office equipment,” Seguin says. “My electrician was horrified at the possible fire risk of having five-plus power bars in each office. We were also able to sort our wire issue, and relocate control boxes for the gate-entry system.”

The layout was also changed to accommodate more retail items, and the administration desks were moved to allow tenants better access to packing supplies. The retail design was changed by adding more products in the middle of the floor rather than tucked away on or near the walls. 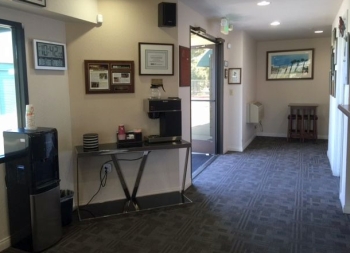 Upgrades at Cochrane Road Self Storage in Morgan Hill, Calif., included two crucial facility components: the flooring and the restroom, which had an interior door to the office. The washroom redesign included closing off the interior entrance and installing a ramp via the sidewalk so it could be easily accessed from outside. Other upgrades included new tile, paint and fixtures. The remodeled restroom has been a hit with customers and is even included on the property tour.

The carpet in the front office was marred by asphalt stains and normal wear and tear. But rather than go with traditional carpet, the company opted to install carpet tiles, which allow management to swap out swatches as needed. The cost was about $1,500 installed and included two boxes of replacement tiles. A couple of cushy swivel chairs and a new table for the customer reception area completed the new look. “The office looks fresh and clean, and we can easily replace a tile or section as wear patterns begin to emerge again,” Kudo says.

A Change in Guard

Sometimes an office remodel is spurred by a change in ownership or management. Looking to add their stamp on the design and feel of the property, operators will add new paint, carpet and other décor. This was the case for Vault Stor & Loc in Eugene, Ore. When resident manager Ron Basham was hired, the owners decided to gut the office and living quarters. In the office, the countertops were replaced, walls painted and flooring swapped for commercial-grade carpeting. New chairs and a table were also added.

The owners even installed new security cameras and a wall-mounted, big-screen TV that displays a colorized facility map. The manager apartment also got an overhaul with new paint, kitchen countertops, carpeting and window screens. 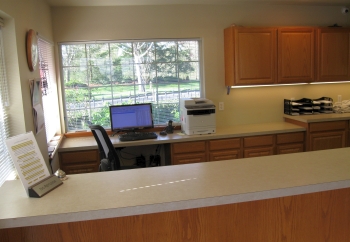 The renovations were well received by Basham and his customers. “The customer response was amazement and it was immediate,” he says. “Within the first two weeks, I had a lot of people show up, and they all loved the new office look. Half of them asked if their rent was going to be increased!”

One challenge operators face during an office remodel is potential disturbance to staff and tenants. When your main hub becomes a work zone, it can be a trial to carry on with day-to-day operation. This is where careful planning comes into play. “Acknowledging that there will be disruption minimizes disruption,” Seguin says.

It begins with your partnership with the construction crew. During the A1 upgrades, contractors were informed that the office would still be functioning and were asked to do their best to accommodate facility managers and customers. Even so, operators should be prepared to handle challenges. “When the drywall crew sanded on the first renovation, we had to send the manager home due to the dust,” Seguin says. “On the second renovation, we had them used low-dust drywall compound. We encouraged the managers to grab their phone and leave the office when things got too loud or too crowded.” 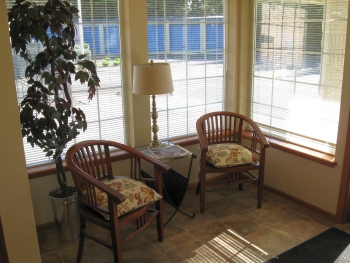 Another tactic is to do the work when the office is closed. This worked for Vault Stor & Loc, which is closed on Sundays and Mondays. “We closed on a Saturday and all the work was done over the three-day period,” Basham says.

Upheavals can also be limited by doing the work in chunks. When replacing the floors at the two A-1 Mini facilities, the crew tackled one side, then the other. “Our customers were very understanding during the process, and we did our best to minimize the service disruptions,” Seguin says.

No matter the scope of your office renovation, the goal is the same: to create an inviting and functional center for your tenants and staff. With competition only becoming tougher for the majority of self-storage operators, the front office will continue to play an integral role in a facility’s success.

“Our market, like virtually every other market, is not retracting. It’s expanding with new competitors and services that are geared to attract the same customer base,” Seguin says. “This new office is not about increasing occupancy, it’s about defending it.”

Shorty’s Message of Safety, Hope and Friendship: How I Created an Inukshuk to Welcome My Self-Storage Tenants
Jul 15, 2022