The Forces Behind the Evolving Canadian Self-Storage Industry 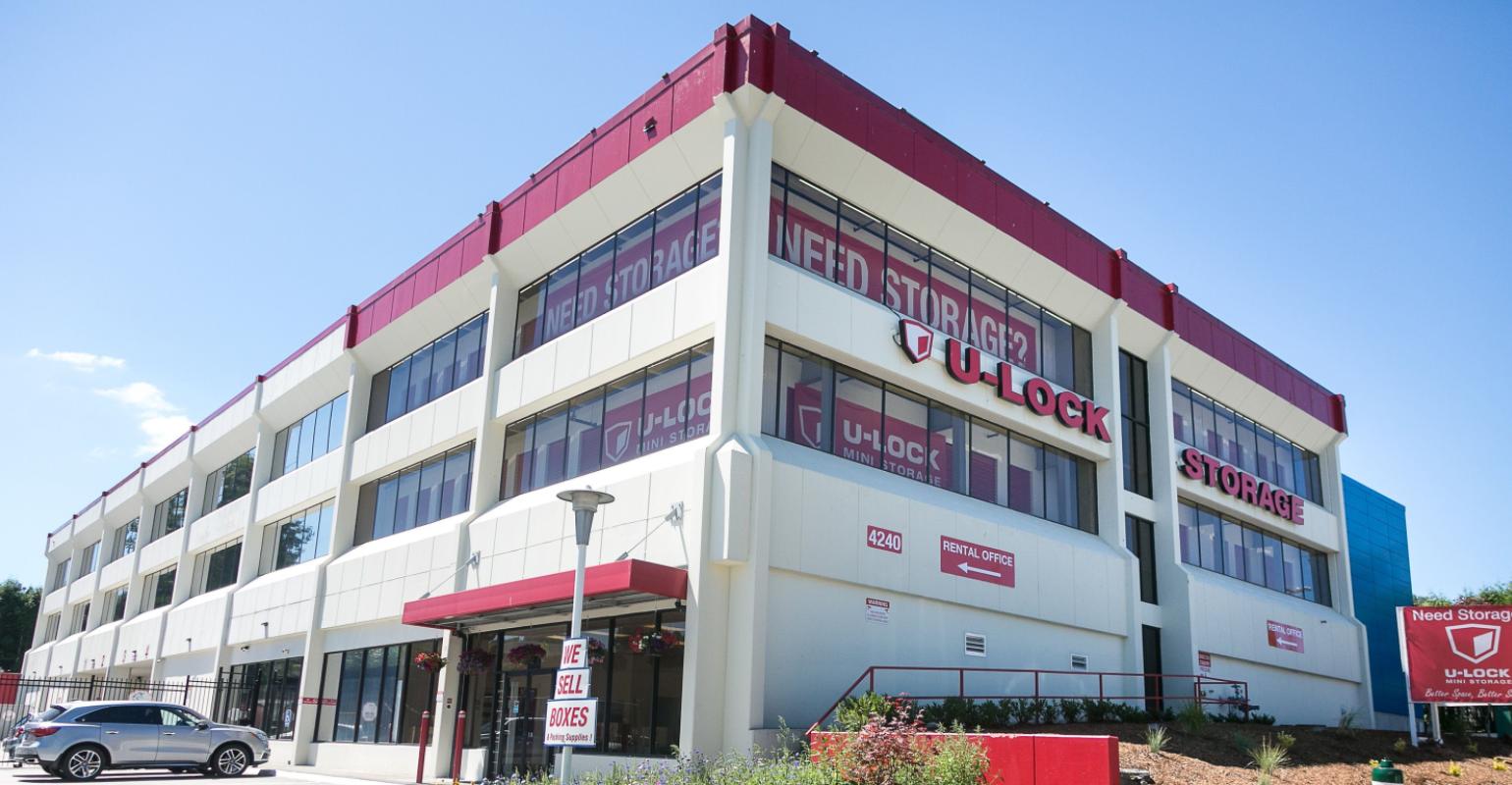 The Canadian self-storage market has seen another evolutionary year, with lots of changes. Read what’s happening across the nation in the areas of industry development, financing, taxes and more.

The Canadian self-storage market has seen another evolutionary year, with many changes occurring from coast to coast. In some cases, the trends mimic those seen in the U.S. market, but with a twist. Here’s an overview of what’s been occurring across the nation in the areas of industry development, financing, taxes and more.

Overall, the Canadian economy remains positive but slow. Let’s look at some of the individual provinces:

Alberta. Albert appears to be gradually moving off the bottom of its oil-price-related recession. Self-storage occupancies in the region remain low but are recovering into the 70 percent range.

British Columbia. Facilities in British Columbia have cooled to more normal occupancies and rate-increase percentages. This has been in part fueled by significant changes in the home-sales market in the region. Greater Vancouver has only begun to generate data that shows 10-year lows in home sales. This has meant a significant reduction in residential activity, which can be felt at the self-storage level in far fewer rentals. It’s still too early to tell how far or long this trend will continue, but it’s noticeable.

Ontario. The province has also seen a cooling in the residential real estate market, which reduces the immediate demand for storage. Most of this has come from high historic prices, interest-rate increases, foreign buyers’ tax and more stringent mortgage qualifications for residential borrowers.

Maritimes (New Brunswick, Nova Scotia, Prince Edward Island) and Quebec. These self-storage markets have been reportedly good and steady, though it’s unclear what will result from North American Free Trade Agreement negotiations with the United States. This may result in significant impact, as each is the other’s largest trading partner.

Saskatchewan. This province is seeing slow and steady improvement from a rather depressed economy over the last couple years.

As in the United States, self-storage development is booming in Canada, with significant amounts of new self-storage planned or underway. The many years of industry success continue to encourage new investors to enter the business. However, there are significant barriers to entry, namely the high cost to buy land and build.

Major markets like Calgary, the Greater Toronto Area (GTA) and Vancouver have seen significant growth and interest. (It’s extremely important to understand here that “rapid growth” in Canadian cities means two to five new sites in a trade area vs. the dozens of sites that might pop up in American locations.) Still, these new facilities can create significant disruption in mature markets.

New, modern sites are much larger than their predecessors. In the past, new facilities ranged from 40,000 to 75,000 square feet. Today they can be 100,000, 250,000 or, in an extreme case, 500,000 square feet of net rentable space. This has never been the norm in Canada, so it’ll be interesting to see how these mega-facilities perform. Moreover, what will be their impact on surrounding sites? For example, markets that have traditionally stabilized at 2.5 to 3.5 square feet per person of population will now be tested to see how fast they can absorb the new supply and at what rate.

In Vancouver, most new supply is still in development or under construction. Unfortunately, some trade areas are seeing multiple new projects go up simultaneously. This will likely prove similar to what’s happening in the GTA, where several large sites will open at the same time to compete directly. It’s anticipated that occupancies will need significant time to recover and rates will be heavily impacted. Given the significant costs of these sites and the aggressive pro forma that often exists in the business plans, it’ll be interesting to see if these markets become overbuilt. It’s certainly possible.

Fortunately, some operators are being extremely disciplined with new development. Their internal feasibility studies are based on conservative expectations, and if construction costs exceed model limits, the projects don’t proceed. Moreover, lease-up periods to stabilization are often accomplished in four to five years. This reflects how conservative some veteran operators are. This is with good measure, as there’s enough evidence to show that large, new facilities have often taken surprisingly long to stabilize.

Overall, construction pricing has been rapidly increasing. A modern, multi-story site ranges from $120 to $230 per square foot for building hard costs. This is far from the $55 to $70 of only a few short years ago.

Typical class-A projects in urban and suburban markets are often working out to $15 million to $30 million on the cost side. This may explain why there are a significant proportion of new operators entering the industry. It hasn’t been uncommon to see experienced operators pass on projects that are then picked up by a new developer. It’ll be interesting to see if the new operator’s business model performs to his expectations or ends up being a significant cash burden for years to come.

Two other factors affecting new construction are steel tariffs and development cost charges (DCCs). Tariffs have increased the cost of steel systems used in self-storage, resulting in double-digit percentage increases. City officials haven’t lost sight of the opportunity to charge developers significant DCCs, either. In the most extreme cases, these can be more than a couple million dollars and must be paid prior to construction. These large increases are further testing the ever-narrowing feasibility gap on new projects.

The Impact of New Builds

All the new development is understandably affecting existing operators. For example, the GTA has seen a fair number of new sites open in traditionally strong and well-performing markets. Not surprisingly, the first new property reduces the overall occupancy of existing facilities. Then, as more new locations continue to open in the same area, the impact becomes more substantial, leading to a significant reduction in market occupancy and, eventually, rental rates.

In Calgary and Edmonton, Alberta, where new facilities have opened recently, operators were already weathering a multi-year recession, which started when oil pricing collapsed. Consequently, most new entrants to the market have planned for a slow and steady lease-up, and their expectations around rent increases are extremely low to non-existent. Finally, they’ve planned greater operating cash reserves to carry the business for many years to break even.

Sadly, there are too many operators with rent-up projections of 12 to 24 months and rates of 40 percent above market. This isn’t conservative and will likely prove to be a costly mistake.

On the finance side, higher interest rates have created challenges. The Bank of Canada’s benchmark rate has increased to 1.5 percent, up from .5 percent in 2017. Consequently, the five major banks have further set the tone by increasing rates to 4 percent to 6.5 percent on a term loan. Construction loans are typically higher, but interest-only. When these rates are added to longer rent-up lengths, cash-flow constraints and conservative Canadian lending, it can create issues. In many cases, this is where some veteran operators wait for acquisition opportunities of lesser experienced operators.

On that note, self-storage sales in Canada are extremely few, with most provinces rarely exceeding more than five to 10 transactions per year. This explains why the top five facility operators only have around 250 facilities between them. Most industry ownership portfolios remain in the single digits.

Unfortunately, property taxes remain one of the largest annual expenses for self-storage businesses. The government continues to aggressively assess storage sites and tax them at rates that can far exceed what a homeowner would pay. For example, a Vancouver facility would pay more than four times the rate of a residential owner; yet that same site would put far less demand on local roads, emergency responders, schools and other city services. In some circumstances, a full month and a half of gross income is required to pay this expense.

In addition, jurisdictions that assess taxes on an income-approach calculation use a full stabilized occupancy rate, even though the facility may have just opened and be years away from that percentage. This puts a large, immediate burden on the site, causing it to operate at a financial loss. Organizations such as the Canadian Self Storage Association have had significant success in dealing with Provincial Assessment Authorities, explaining the business of self-storage and what could be deemed fair taxation.

Operationally, self-storage facilities continue to modernize and take on a more professional, retail look. In many cases, improvements start with the basics of site upkeep and maintenance. Older facilities have been renovating to add a more contemporary style with new doors, hallway reskins, fencing, gates and LED lighting.

Increasingly, customers are using their mobile devices to find storage, and more people are finding storage via the Web. A strong website and online presence is, therefore, a must. This can be a challenge for individual operators as they work hard to understand and optimize digital advertising and search engine optimization.

Not surprisingly, it’s common to see self-storage management software being used at storage facilities today, regardless of whether they’re a family-owned, single location or part of a multi-site portfolio. These applications tie into online payments and rentals, and even remote-management tools. Even onsite lien sales are phasing out, with most properties choosing online auctions through industry platforms that allow for greater sales transparency and ease of sale.

The Canadian self-storage market has enjoyed varying levels of stability but will now be tested with significant growth, particularly as land and construction costs are at all-time highs. New sites are being pushed to fill faster and at higher rates to meet their pro formas. This may not be realistic, especially in markets that risk overbuilding. It’ll become increasingly important for older facilities to modernize and stay competitive.

Robert Madsen is president of the U-Lock Mini Storage Group and a director of the Canadian Self Storage Association. Born into the industry, he has more than 25 years of professional experience. Madsen started in the business with plunger, broom and hammer in hand, progressing to manager and, ultimately, executive. He’s also a moderator for the Self-Storage Talk online community, going by the username “Madman.” For more information, visit www.selfstorage.ca.