Weighing Asset Risk vs. Reward in the Canadian Self-Storage Market 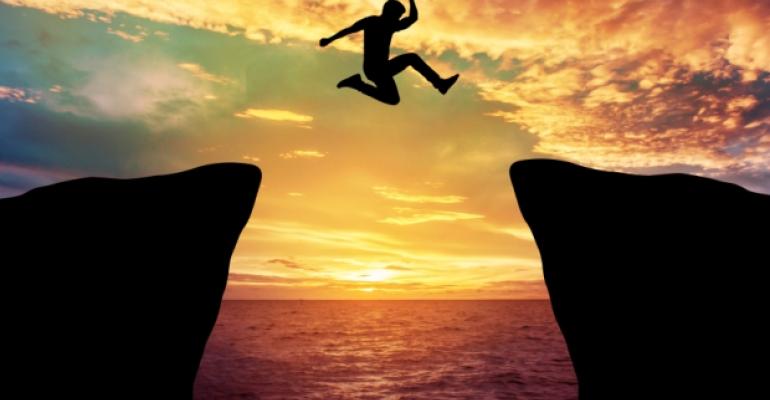 While the Canadian self-storage market is healthy, some owners may be jeopardizing their investment by overleveraging their properties. Follow this advice to stay in the black in a moving interest-rate environment.

Last spring, we wrote an article that focused on self-storage development in Canada. The emphasis was on risk-adjusted returns and how developers appear to be building to unlevered returns as low as 6 percent. Some developments we’re seeing may produce cash-on-cash returns as low as 8 percent. These numbers are concerning. More troubling is our examples were based on conservative assumptions, without considering possible changes in the market.

Since that article was written, the market has evolved. The Bank of Canada moved interest rates by 25 basis points. The consensus is rate increases will continue and likely move again by the end of 2018. These movements will impact more than development loans, and the self-storage industry should be paying attention, as construction loans are usually variable-rate.

We’ve been reading “Am I Being Too Subtle: Straight Talk From a Business Rebel” by real estate tycoon Sam Zell. One chapter revisits an article the author published in 1988. “From Cassandra with Love” laid out Zell’s predictions for the future of real estate in the United States, and the impact the lending and investment communities would experience as a result of changing tax legislation, inflation, leverage and oversupply.

Fast forward almost 30 years and reading this article seems like nothing more than a doom’s day scenario. But if you’ve read it, some things should resonate. Are we destined for a correction? Is this shift in interest rates the beginning of something bigger? We all know values can’t go up forever.

We understand times are different. We simply want to create food for thought. We also want to preface this cautionary tale by saying the self-storage industry in Canada is healthy—very healthy. Facilities are experiencing good rates and growth as well as high occupancy. There’s still an immense amount of opportunity in major markets such as Toronto and Vancouver, and strong operators will continue to outperform in their areas.

We’re seeing successful acquisitions, development and conversions throughout the country as well as an influx of groups looking to self-storage as an investment opportunity. We’re also seeing that capital is cheap and easy to access. But there’s a flip side to every coin, which is people seem to be overpaying for assets. They’re putting themselves in a highly levered position and buying on future opportunity. Some seem to be dismissing any risks they’re creating for themselves in a moving interest-rate environment.

There seems to be a lot of things happening in the storage industry right now that just don’t make sense. People are taking on a lot of risk. Let’s look at a plausible example.

An asset is purchased for $20 million, but the market value is $18 million. The buyer gets financing at 65 percent, so a $13 million loan on the purchase and $7 million of equity goes into the deal. It seems safe, but what if he doesn’t achieve budget and the asset ends up being worth only $18 million? What if the market makes a correction and capitalization (cap) rates move a quarter point? Now the asset is worth $17.5 million.

When the interest rates move, there’s a compounding effect. All of a sudden, the owner has gone from 65 percent to 75 percent loan-to-value. At that leverage ratio, it’s no longer considered conventional. This is when lenders become more cautious around the value of assets and the banks start to back off. At some point, the owner will require backend, more expensive money.

Let’s say the experts are correct and rates move another 25 basis points over the next 12 to 18 months. In this scenario, moving interest rates should be a major concern. The rate doesn’t move by 50 basis points but rather 200 basis points because of what happens to their leverage in that transaction. The cost of debt may go from 4 percent to 6 percent. Now the owner has an asset that’s only worth $17.5 million. Let’s do the math. At a 6 percent cap, if there’s amortizing debt on the $13 million loan, the owner is underwater from a cash-flow perspective. Even though he put up $7 million in cash, there’s a big problem.

This is what we’re seeing in the market, and this is where we caution you. We’re seeing people overpay and use too much leverage based on future value. Simply put, when adjustments take place in the market, people end up in a different pricing bracket on their debt. It doesn’t matter what your assets are worth because every single month that you hold them, your equity takes a hit and your balance sheet looks less attractive.

Why are people willing to pay too much? Is it because the market is overheated and they’re worried they’re going to miss out? It seems they’re of the mindset that things will keep going up in value forever, but they can’t. If interest rates move 50 basis points, cap rates can easily move 25 to 50 basis points, as they have in the U.S.

One thing we know for sure is when you get swings in cap rates, banks become much more conservative. They’ll move to an ultra-conservative position quickly, and that will change the lending value of your asset. When the value of leverage changes, people often end up in a position where they’re over-levered from a bank’s perspective. When this happens, lenders look for an equity injection.

This can have a serious impact when loans come due. When people do high-risk or high-debt deals, they want interest-only debt. For the riskier transactions, it could be a good time to be thinking hard about amortizing. If things go sour, the debt you have is going to be difficult to finance in a changing environment later.

It’s a catch-22, though: The riskier the deal, the less likely you are to have cash flow to pay down your debt. This isn’t to say that highly levered deals can’t be done; there are times when higher leverage makes sense. If you can buy a property for $17 million and the asset is worth $20 million, do it. Make your assessments on the in-place value. Buying a neighboring facility or constructing an expansion on an existing asset comes with a level of comfort and security. Any deal in which you can cut costs is a deal worth doing. It’s highly likely you’ll be able to create value.

The Cost of Capital

So, what happens to the debt side of things if our environment changes? What kind of implications will there be on some of the riskier acquisitions and developments we’re seeing today?

Let’s reflect. The cost of debt in the 2008 financial crisis was historically low. This helped people fake their way through things and pay off loans, even if they were underwater, because there was enough cash flow to support it. If an asset was producing a 4 percent return and debt only cost 3 percent, you could still pay down your debt, so the banks would never have to realize on that. If interest rates were to increase from 3 percent to 5 percent and you don’t have the cash flow to support your debt, you’re in trouble.

Back in the 80s, people didn’t have the cash flow to support their debt, which resulted in bankruptcies and foreclosures. You needed someone who was willing to write big checks to buy you out. That put a lot of pressure on cap rates to move in favor of buyers.

Over time, the market will change. We’ll see some level of correction, and the bulk of that will come from a change in the cost of capital. The more levered you are, the more impact that will have on you. Those who are less credit-worthy and have less cash flow are going to be the ones who are hurt the most.

People need to be more cautious because we’re seeing some questionable decisions being made in the market. Make sure you have the appropriate balance sheets. Have the cash flow in place to protect you in the long run. Leverage can change, interest rates can change, cash flow can change. All of this will have a bearing on you, the true value of your asset and buyer equity. When evaluating your risk, remember that cash flow is always valuable. In the worst possible environment, the ability to go in and service debt is huge. If the cost to service debt is to change, you should consider your alternatives.

Michael Foy is the president and Jaimie Walker oversees the business development for venture-capital firm Storage Capital and Foy & Co., a brokerage firm specializing in the acquisition and disposition of self-storage operations in Canada. For more information, call 647.922.5133; e-mail [email protected]; visit www.foyco.ca.

Retrofit Rather Than Replace: The Benefits of Using This Remedy for an Aging Self-Storage Roof
Sep 29, 2021

Don’t Get Wound Up Over Door-Tension Issues! Trac-Rite Shows You How to Fix Them in This Video
Aug 25, 2021

Cause and Effect: Understanding Common Self-Storage Roof Problems and How to Prevent Them
Aug 05, 2021