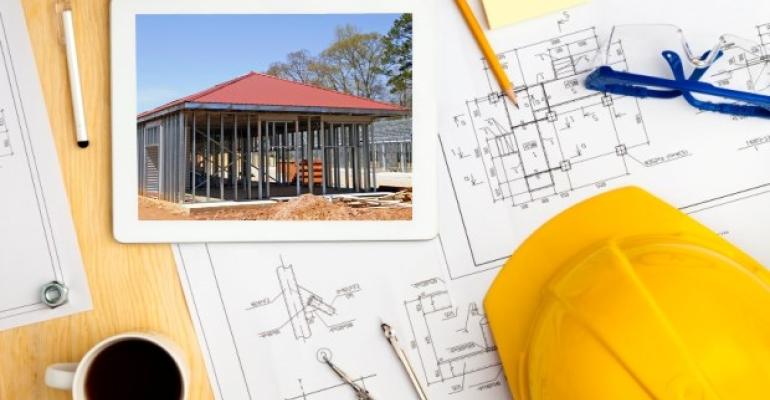 Current trends in self-storage development and construction include multi-story building, climate control, modern materials, retail-style design, conversions and other innovations. Here’s a brief look at some of these modern approaches to storage.

Trends come and go, and this is especially true in the development and construction of self-storage facilities. Think back to when the industry was dominated by single-story buildings sprawled over large tracts of open land, when climate control was a luxury rather than a standard, and buildings retained their industrial look. Today’s projects involve multi-story site plans, climate control, modern materials, retail-style designs, conversions and other innovations. Here’s a brief look at some of these modern approaches to storage.

As land costs increase and prime development sites dwindle, many self-storage developers are “going vertical” to create more rentable square footage. “Multi-story buildings are becoming more popular each year,” says Terry Campbell, executive vice president of operations and vice president of sales and marketing for BETCO Inc., a self-storage building manufacturer. “In order to make the numbers work, you have to get as much rentable square footage on that site as possible, which means the building must go up.”

Builders are also experimenting with new design materials and applications to make facilities stand out. This includes the addition of color and texture as well as the incorporation of architectural elements such as cupolas, canopies, brick veneer and pitched roofs. In some cases, various metal panels, materials and styles are alternated in bands or other patterns to achieve a unique look.

Innovative design concepts are also being carried into office, the hub of the property. Reception areas are becoming larger, with higher ceilings and big windows to allow in natural light. They emulate retail stores, with products artfully displayed on walls and in cases. Often a decorative concrete floor is installed for aesthetics and easy maintenance.

Self-storage owners are also exploring ways to diversify their property, says Wayne Woolsey, a principal for self-storage builder Kiwi II Construction Inc. This might includes the addition of a special feature, for example, solar canopies above the vehicle parking. Or it might come in the form of a mixed-use project in which a separate but kindred businesses exist alongside the self-storage operation.

BETCO is also reacting to code changes. “A climate-controlled building nowadays is a much different animal that it was five years ago,” says Campbell. Developers are packing extra insulation in the roof and walls and even in the concrete slab in some cases.

Other notable changes have been made to the codes for fire ratings, according to Woolsey. In some municipalities, stricter codes require sprinklers and building materials with a higher fire rating. For example, facilities with four or more stories are now required to adhere to strict fire-proofing codes.

Another popular building trend is the drive-in or drive-through self-storage facility in which customers actually drive their cars into the building via a large commercial door and enjoy sheltered loading and unloading. Self-storage owner Chris Capozzoli capitalized on this trend when developing Burlington Self Storage in Derry, N.H., the company’s fifth property. The empty building had existing mezzanine, which was extended to create an additional 30,000 square feet of storage space, for a total of 53,000 rentable square feet.

“When I saw the building, I immediately knew we could covert this to drive-in self-storage,” Capozzoli says. “This has not been seen in this area. You drive in the building and out of the weather. The response has been tremendous.” 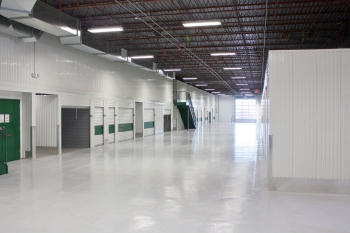 Converting existing structures to self-storage has become a huge trend in the industry, as the supply of empty buildings in infill locations nationwide enables owners to develop single- and even multi-story facilities in established areas—and often quicker than a ground-up project. There are many advantages to conversions, including previously established mechanical, electrical and plumbing systems. This can often save a developer time and money. In addition, many city planning boards will be more favorable to a storage project because they’re motivated to repurpose the empty space.

For example, U-Haul recently converted a former Walmart store in Pine Bluff, Ark. The conversion is just one of many the company has undertaken in the past year as part of its corporate sustainability initiatives, which supports infill development to help local communities lower their carbon footprint, according to company representatives.

While development and construction trends will continue to evolve to meet market demands, one fact will not change: Today’s customers expect more from storage—more diversity, designs, efficiency and, of course, creativity. Fortunately, the industry’s forward-thinking professionals are already there, leading the trends that will make operators successful.