Harry Sleighel, founder of self-storage contents coverage provider Tenant Property Protection (TPP), received a “Award of Distinction” last month from the Academy of Interactive & Visual Arts for his podcast, “Radio Wilder.” The honor he received, in the audio and podcasts category, was for a three-part interview he conducted with music producer and sound engineer Howard Steele.

Radio Wilder was launched in September 2017. “It started out just as a way for me to leave a digital diary for my daughter, with a few songs thrown in so it wouldn’t be as boring,” Sleighel said. “It has turned into a weekly rock ‘n roll podcast that’s heard in over 1,500 cities and more than 90 countries!” The podcast is available at radiowilderlive.com or radiowilder.com. There’s also an app that can be downloaded from the Apple Music and Google Play stores. 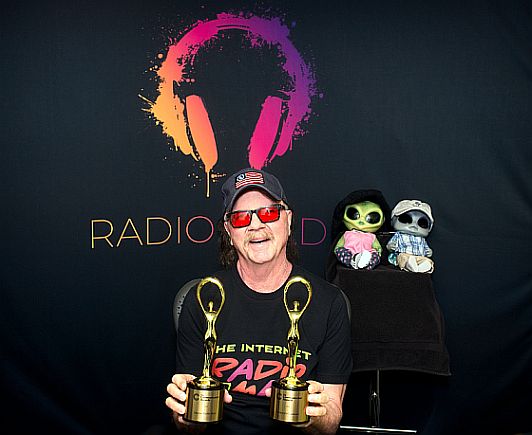 Harry Sleighel with his 2020 awards for his podcast, Radio Wilder

“What I find most fulfilling is playing music that people like and enjoy,” said Sleighel, who’s exploring possible syndication for his show. “I’m also hoping to consolidate sponsorship from several to one major sponsor. We have a large self-storage listenership, and I believe we would be perfect for large manufacturers or real estate investment trusts.”

These are not the first honors Sleighel has received for his podcast efforts. In 2020, he received an award for hosting the best weekly rock and roll weekly podcast and another for an interview he conducted with Dr. Connie Mariano, who served as a White House physician under several presidents.

Sleighel has been in the self-storage industry since 1985. In addition to TPP, he owns Michaels Wilder Inc., an advertising and digital agency, and is a principle of S2E, which offers solutions for attracting, developing and retaining staff.

Founded in 2009 and based in Phoenix, TPP offers property-protection plans are designed to allow self-storage operators to provide tenant goods with coverage against losses from crime, pests and natural disasters, while enabling additional facility revenue.