Update 4/26/18 – For the fourth consecutive year, Talonvest has received the “Top Corporate Fundraising Award” from the Orange County, Calif., chapter of Ronald McDonald House for its participation in the nonprofit’s “Walk for Kids” fundraiser, according to a press release.

“Talonvest raised over $38,300 this year, and is honored to help the Ronald McDonald House in its mission to support families with a child receiving treatment at local hospitals,” Snyder said. “Allowing families to focus fully on their child’s needs without worrying about food, lodging or the costs associated with those things is quite remarkable.”

“We’re fortunate to be able to commit time, efforts and resources to such an extraordinary place,” Sherlock said. “The Ronald McDonald House has made a personal impact on members of our company, and we love being of assistance to the organization.” "Talonvest is proud to support the Ronald McDonald House in its mission to support Orange County families during their greatest time of need,” Snyder said. "A comfortable place to sleep, a home-cooked meal, and a loving environment allows the parents to focus on one thing only: their child’s recovery.”

4/22/16 – Talonvest Capital has received the Top Corporate Fundraising Award for the second year in a row from the Orange County, Calif., chapter of Ronald McDonald House. The company made a direct annual donation to the organization in addition to rallying capital providers, clients, family and friends to donate. Self-storage companies that helped the cause included Clark Investment Group, Devon Self Storage, North American Self-Storage Group, Post Management Self-Storage, Stor-All Group and Wells Fargo.

“We are proud to be involved in a wonderful charity that makes such a meaningful impact on peoples’ lives at such a vulnerable time,” Sherlock said. 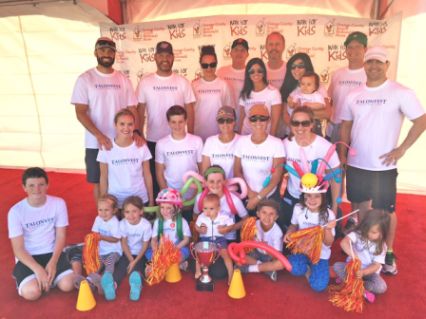 Talonvest was recognized during a recent Walk for Kids event, the charity’s largest fundraiser. In addition to helping raise money through business partnerships and outreach, Talonvest has donated $26,500 to the Orange County chapter during the last two years, company officials said. “I know first-hand what it’s like to have a sick child. It can be devastating, and the Ronald McDonald House does an incredible job alleviating some of the pain,” said Eric Snyder, principal for Talonvest. “We are glad to be part of such a meaningful community effort.”

In addition to financial support, Talonvest employees participate each year in the Walk for Kids event and deliver meals to families staying in homes provided by the charity. The real estate adviser has sponsored one of 20 guest rooms through the charity’s “Adopt a Room” partnership program for several years, according to the release. As part of the program, companies provide financial support to each family that sleeps in the “adopted” room during the year.

“Our company was founded on the belief that we have a responsibility to give back time and resources within our community,” added Tom Sherlock, a Talonvest principal. “The Orange County Ronald McDonald House is a special place with an extraordinary staff, and helping out in our small way is an honor.”

Founded in 2010 and based in Orange County, Talonvest structures debt and equity for self-storage and commercial real estate investors and developers nationwide. The principals of the firm have more than 80 years of combined experience. 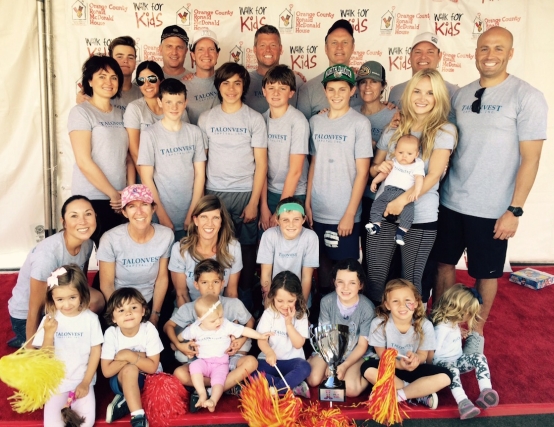