Update 3/10/16 – Marcus & Millichap has also promoted Stacey Gorman to NSSG senior director in addition to her role as vice president of investments in the firm’s Atlanta office. Gorman joined the company as an agent in 2006 after assisting the senior director of self-storage with more than $96 million in sales. She qualified for the Marcus & Millichap National Achievement Award two years in a row, and achieved Platinum National Achievement designation in 2015. 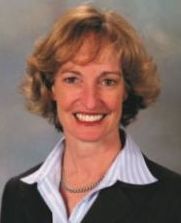 “Stacey’s commitment to her clients and the marketplace has aligned her with their respective needs and objectives,” said Michael J. Fasano, first vice president/regional manager in the Atlanta office. “This, tied to seamless execution, has positioned her as one of the most respected leaders in the industry.”

Gorman and her partner, Mike MacManus, represent the company in Georgia, North and South Carolina, and Tennessee. The team had more than $73.5 million in sales transactions in 2015.

2/19/16 – Commercial property-investment firm Marcus & Millichap has promoted first vice president of investments Sean Delaney from director of its National Self Storage Group (NSSG) to senior director. Delaney, who is also part of The Mele Group, the firm’s predominant self-storage advisory team, was also named the 2015 top agent for the Marcus & Millichap Chicago/Oak Brook office, fourth throughout the firm’s three Chicago offices, and fourth overall for NSSG.

Last March, Delaney qualified for the Marcus & Millichap National Achievement Award for a second consecutive year and was one of the first 25 brokers in the company to receive it. In May, he received the company’s Platinum National Achievement designation. Delaney has earned seven sales-recognition awards, including those achieved in 2015, and has been consistently ranked among the top 10 NSSG agents.

The Mele Group is Marcus & Millichap’s top self-storage advisory team, according to a company press release. The group's client base consists of individual property owners, real estate investment trusts, and private institutional-level funds and firms. In 2015, the group closed 47 self-storage transactions in 11 states for more than $280 million.

Marcus & Millichap has more than 1,500 investment professionals in offices throughout the United States and Canada. The company closed more than 7,600 transactions in 2014 with a value of approximately $33.1 billion.