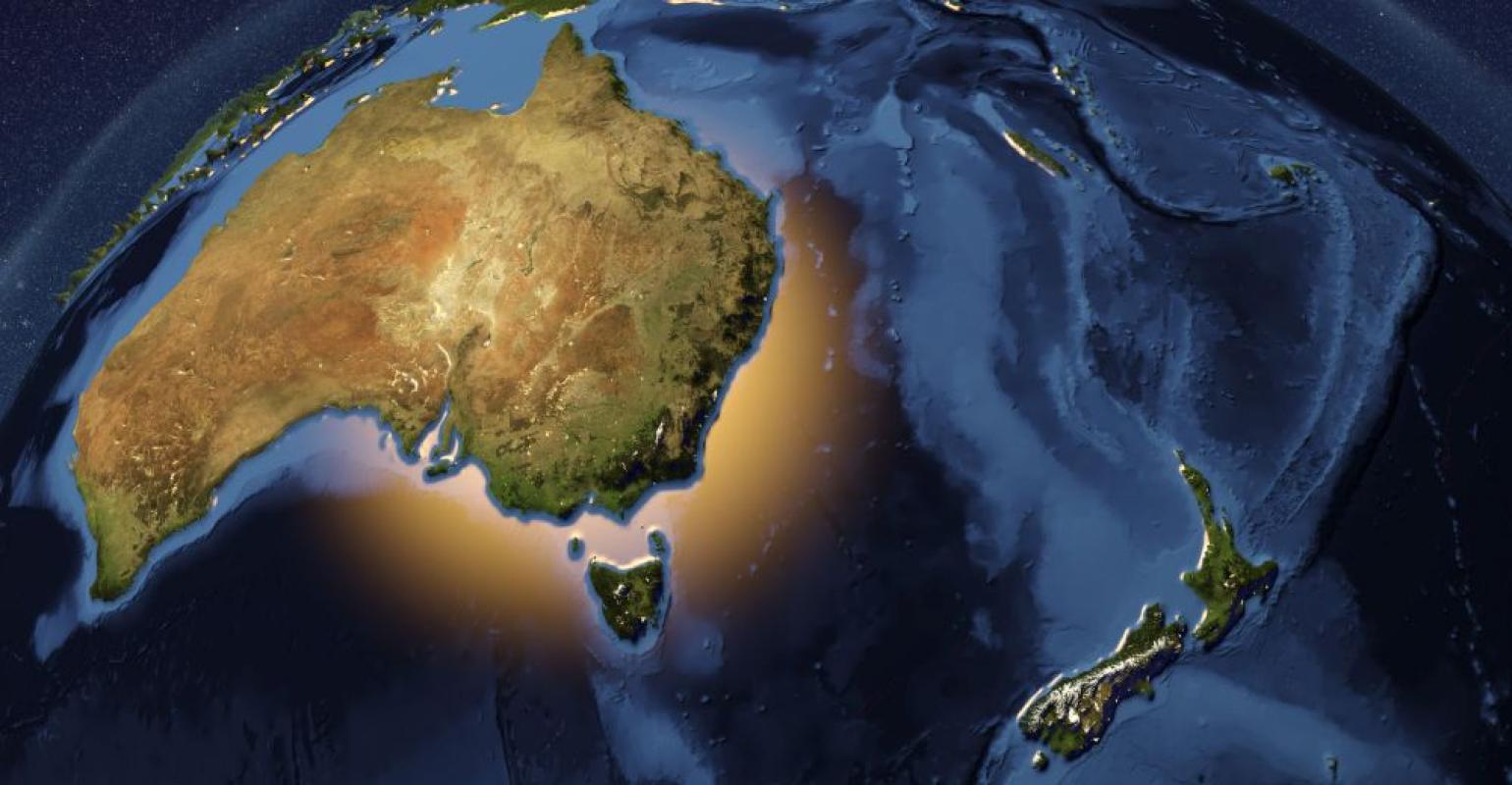 Although self-storage is getting heavy investment interest in Australia and New Zealand, market factors are pressing occupancy and rates. Here are observations on these metrics, as well as new supply, from a key local player.

Observations last year that new supply and competitive forces were starting to bite into revenue have now surfaced in industry data, including the Urbis Storage Index (USI), which tracks price and occupancy performance from more than 85 mature self-storage facilities across the major metro markets of Australia and New Zealand. Despite Australia’s vast land area, half of its 25 million people live in just three cities—Sydney (5 million), Melbourne (4.9 million) and Brisbane (2.4 million)—so, the USI analysis of these three markets offers valuable insight to the state of the industry. Following is an overview of what’s happening with occupancy, rental rates and new supply. 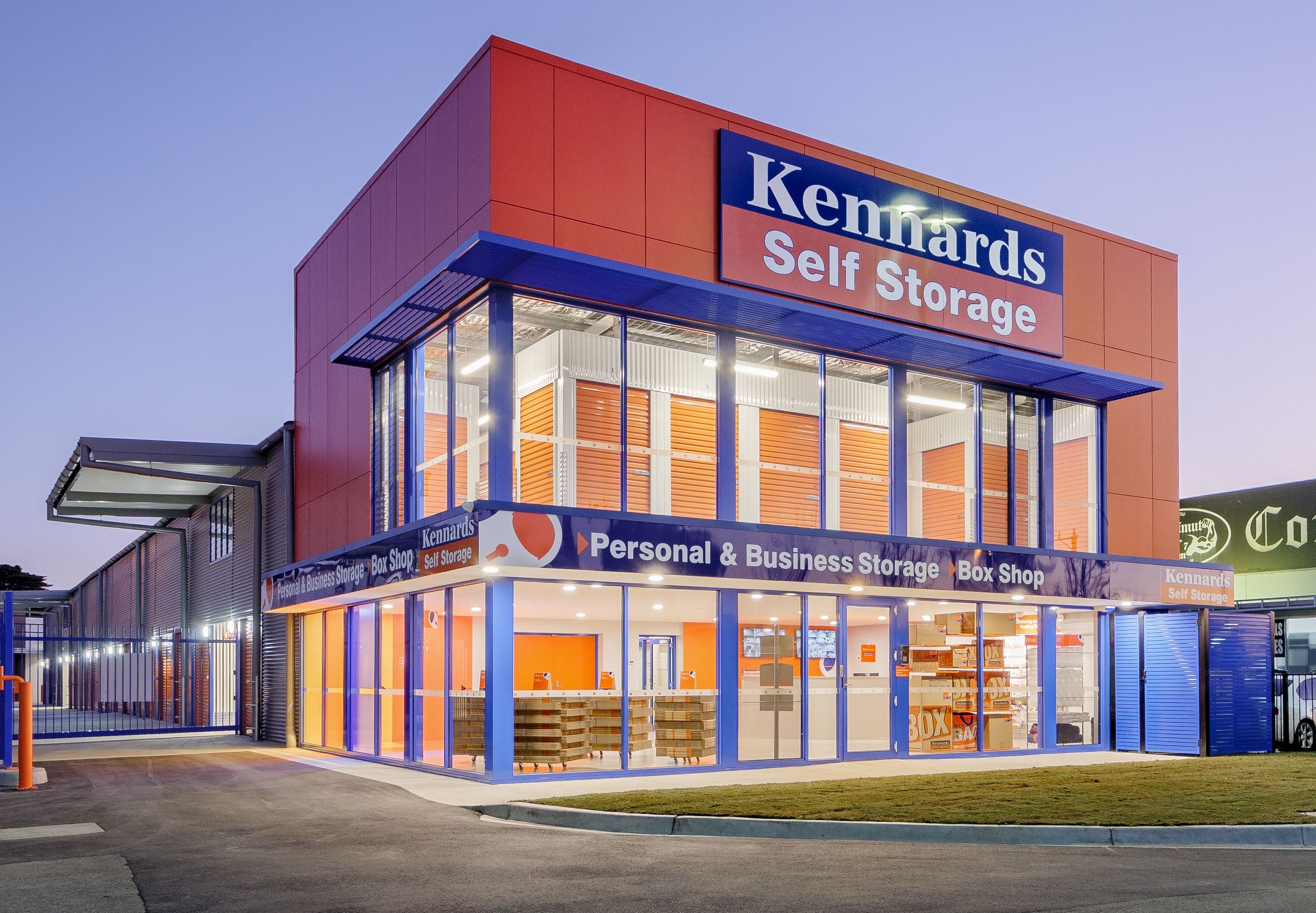 For the six-month period through June 2019, the index reveals that all three major cities experienced occupancy declines during the previous 12 months, though Sydney’s decline started a year earlier. This corresponds with the slowing of the Sydney housing market. The index also tracks self-storage performance in Perth, Australia, and Auckland, New Zealand, but they are polar-opposite outliers in performance for their own unique reasons. 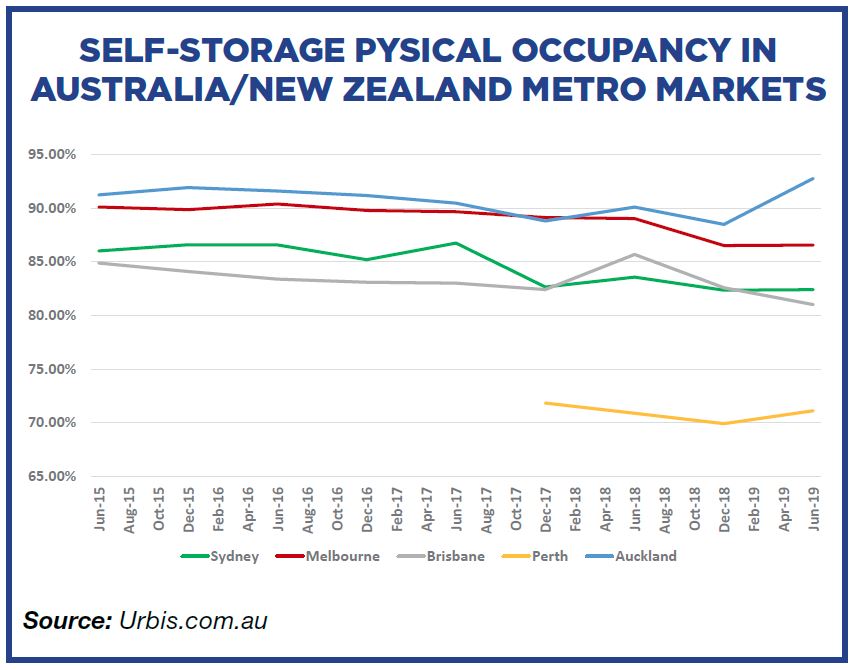 This year, we observed a marked increase in move-in incentives and lower prices in the market, and the USI confirms the situation. For the first time in the index’s history, rental rates fell across the board, including in Auckland.

Since this is a six-month comparison and a single result doesn’t mean there’s a trend, some caution should be used in interpreting the data. After all, the long view of the sector is very positive. 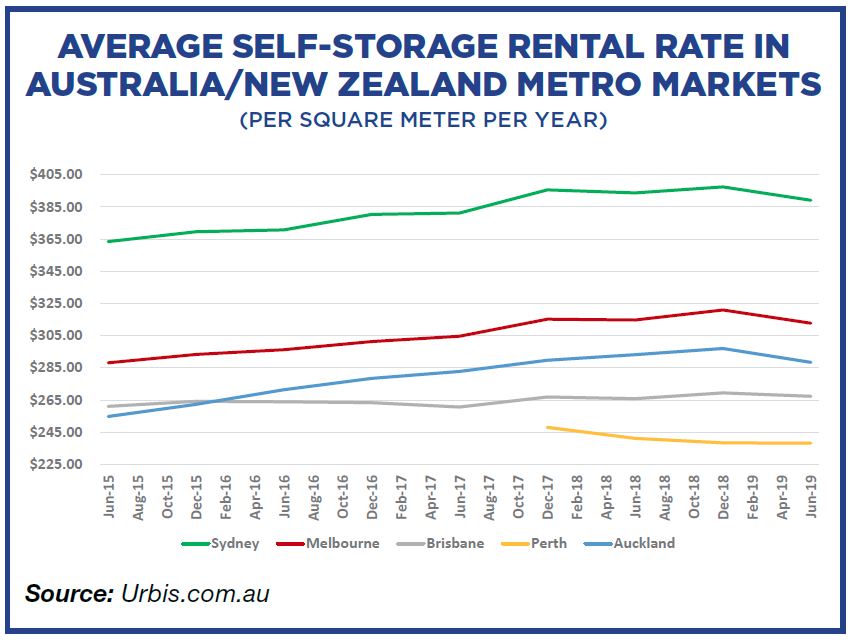 The Urbis analysis reveals that move-in concessions and discounts increased 33 percent between 2016 and 2018. In 2016, concessions represented 2.35 percent of gross storage revenue, which grew to 2.86 percent in 2018. Comparable figures for the first half of 2019 weren’t available at the time of publication.

The Self Storage Association of Australasia, in collaboration with Urbis, will soon launch an interactive supply-mapping tool. The data will collate all existing self-storage supply and capture planned new openings. The initial information reveals that new supply is going to intensify, as will competition.

The accompanying table shows a three-year forecast of expected new self-storage development. It includes projects completed in the last 12 months, along with anticipated projects during the next 24 months. Sydney is clearly winning the space race, with an average new-supply increase of 5.7 percent per year. 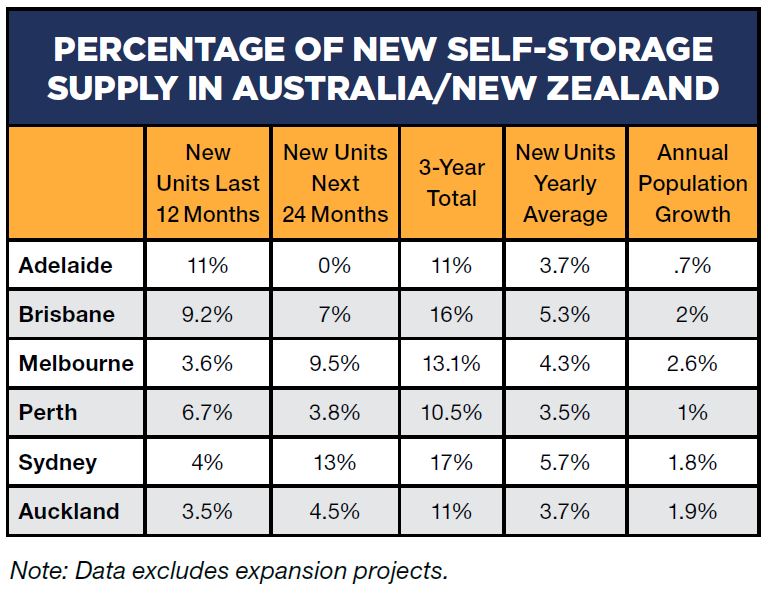 New supply is clearly outpacing population, which isn’t unusual for the markets in Australia and New Zealand. The industry still attracts a large portion of first-time users. In August, our internal data reveals that 62 percent of Kennards Self Storage move-ins were first-time storage customers. The large proportion of the population that hasn’t yet experienced the product represents a deep well and very positive outlook for the sector in the long term.

It’s likely the supply concentrations in some localized markets will see fierce competition with strong pressure on occupancy and prices. Some unexposed markets may also miss these expected declines in performance.

In contrast to the self-storage investment boom, the Australia economy is limping along with anaemic, albeit steady, growth. Since 1991, it has continued to enjoy a marathon run of uninterrupted progress. Gross domestic product is increasing 1.2 percent annually.

However, it should be noted that when considered on a per-capita basis, commentators have observed that we’re going backward. Being outpaced by high population growth, economic growth is negative per person, leaving Australia in a per-capita recession.

These conditions will put more pressure on self-storage occupancy and revenue. Mindful of the current climate, Urbis Director David Blackwell and his valuation team aren’t forecasting any advancement in self-storage valuations at this time.

More positively, Australia and New Zealand hold a strong appeal for migration, and long-term growth will persist. Both countries will continue to see demand expand despite economic and competitive cycles.

Sam Kennard is CEO of Kennards Self Storage, which operates in Australia and New Zealand. Under his stewardship since 1994, the company has blossomed from 14 facilities to 92. Its portfolio comprises more than 627,000 square meters of rentable space. Sam has extensive experience in business and property development and has served on the board of the Self Storage Association of Australasia as well as for private companies. Kennards remains a privately owned family business, employing more than 260 people. For more information, visit www.kss.com.au.